Eczema affects millions of people around the world and it can affect any area of the body.

For Elaine Wright, a 51-year-old civil servant from Castleford in West Yorkshire, one particularly sensitive area was plagued by the irritating condition.

Ms Wright had eczema of the eyes and would often have painful sores and open wounds on her eyelids.

The condition developed spontaneously, and Ms Wright scrambled to find a cure to the infuriating itchiness caused by the condition.

Doctors had few suggestions, and prescribed an ill-suited steroid cream that is not designed to be used for prolonged periods of time or to be applied to the sensitive skin of a person’s face.

Through her own research, Ms Wright stumbled across a gel that is made with natural ingredients sourced from the Indian sub-continent. 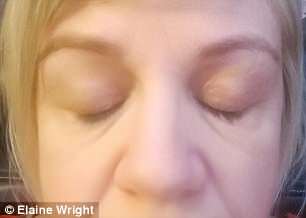 Elaine Wright, a 51-year-old civil servant from Castleford in West Yorkshire, developed a case of eczema on her eyes which made them unbearably itchy. She found a gel that cured her condition which came from a Sri Lankan plant

Having never struggled with eczema, or any other skin condition, Ms Wright was surprised when she began experiencing a mild irritation to her eyelids.

Ms Wright said: ‘Over a few months [it] developed into a constant excruciating itch that left my upper eyelids and the lower eye lid of the left eye red raw, swollen and very dry.

‘I went to the doctor and was prescribed a cortisone steroid cream, at 0.5 per cent. ‘

Despite being given a course of treatment, the steroid cream was not without its flaws.

‘My doctor said I should take care when using it and only use it for a week as apparently it’s quite dangerous to use steroid cream on the face at all and especially around the eyes,’ Ms Wright explains.

‘The side effects can cause permanent damage or discoloration to the skin if you use them for too long.

‘Obviously this worried me, but my eyes were so painful I was prepared to take the risk.’ 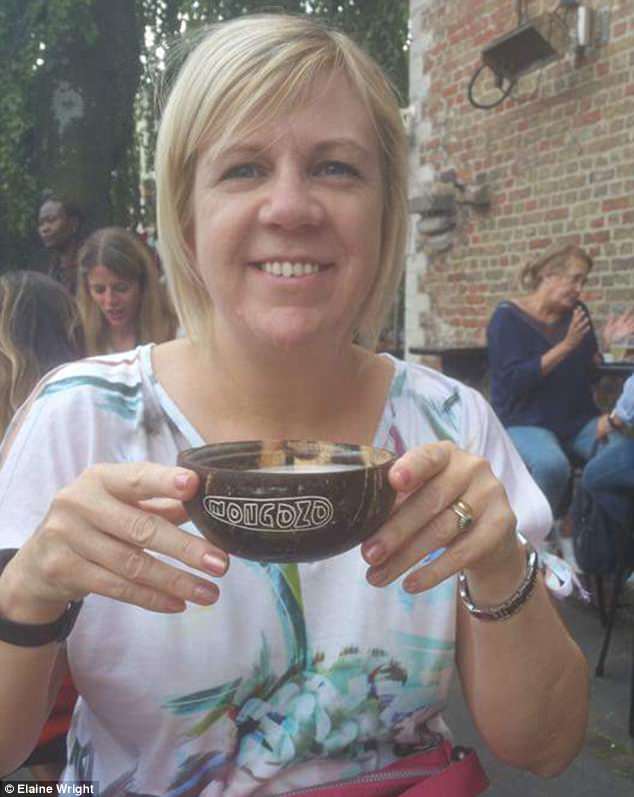 The cream was effective, and did ease the symptoms over a week of use, yet the limited time period meant the soreness soon returned.

Painful to touch, Ms Wright was forced to stop wearing make up as her condition worsened.

Ms Wright added: ‘I could feel it all the time. At night it would wake me up and I’d feel like I wanted to scratch my eyelids sometimes as it was so itchy and sore.’

In desperation for a more complete solution, Ms Wright Google searched ‘eczema on eyelids’ and found a vast online community of people with the same condition. 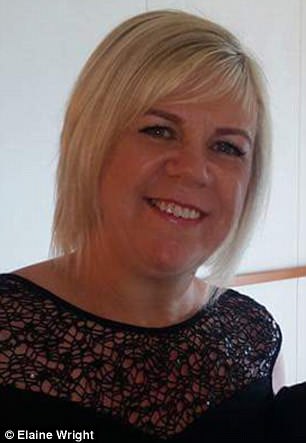 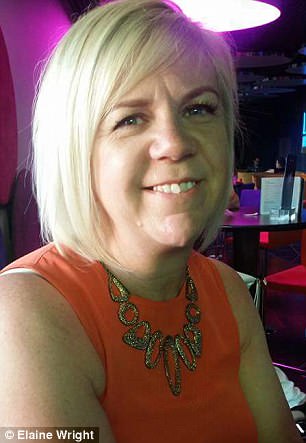 In desperation for a more complete solution to the short lived respite provided by conventional medicine, Ms Wright Google searched ‘eczema on eyelids’ and found a vast online community of people with the same affliction

It was through these channels that Ms Wright first got wind of the Hydrosil gel.

‘Since using the Hydrosil Dry Eye gel twice daily over the ten months I’ve only had to resort to my steroid cream once and only for a few days.

‘I can wear eye make up again if I out the eye gel on first, which is fine as it’s a light gel and make up goes easily over it.’

The gel is sourced from Sri Lanka, and comes from a vine plant known as the ‘Balloon plant’, scientifically known by its Latin name of Cardiospermum halicacabum.

It seems the gel has also had some unintentional benefits.

Ms Wright added: ‘Not only has my eye eczema cleared up, the skin around my eyes feels much softer and less crinkly than it was. I used to look tired all the time as the skin was so dry and red around my eyes.’