It’s a tricky shot to get right, as any pro will tell you.

But done well, an ‘over-under’ – otherwise known as ‘split-level’ – shot can present a perspective we are incapable of seeing with the naked eye.

One startling image captures the wide-open mouth of a lemon shark in the Bahamas, its jaws half above and half below the surface.

Another sees two swimmers suspended in a turquoise lagoon, the cliffs surrounding them blue beneath the surface and sand-coloured above it.

Other hard-earned photos include a tangle of lily pads in New England, USA, as well as a collection of icebergs – only ten per cent of their bulk poking above the water.

Open wide: This lemon shark – a species capable of growing to 11ft – displays its razor-sharp teeth as silvery droplets shoot up from the tip of its nose. It was photographed in the Bahamas 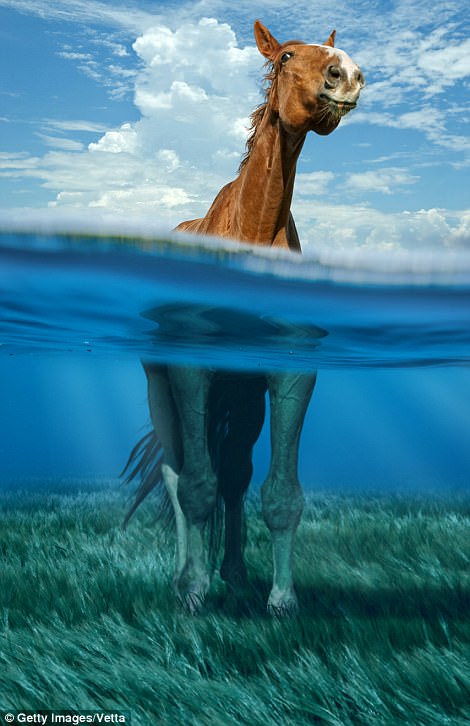 Winding stalks: A unique perspective on a patch of lily pads, growing along the shallow edge of a freshwater lake in New England, USA 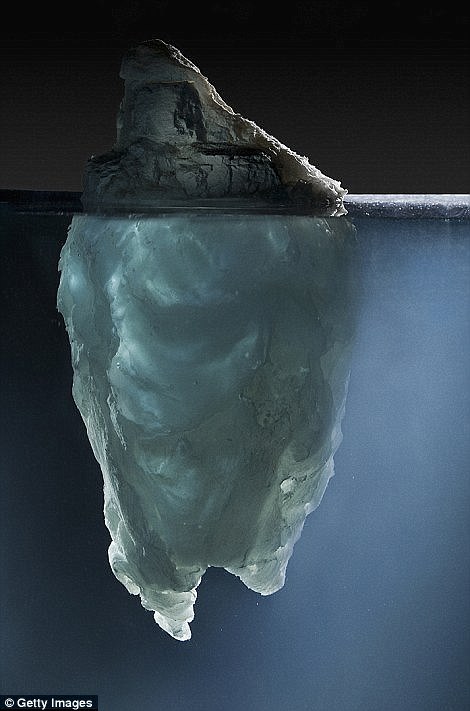 Shaped by time: They look almost like human teeth, but these images offer a fascinating view of icebergs. Only ten per cent of one is visible from above the surface of the water, the rest of its mass lies beneath it 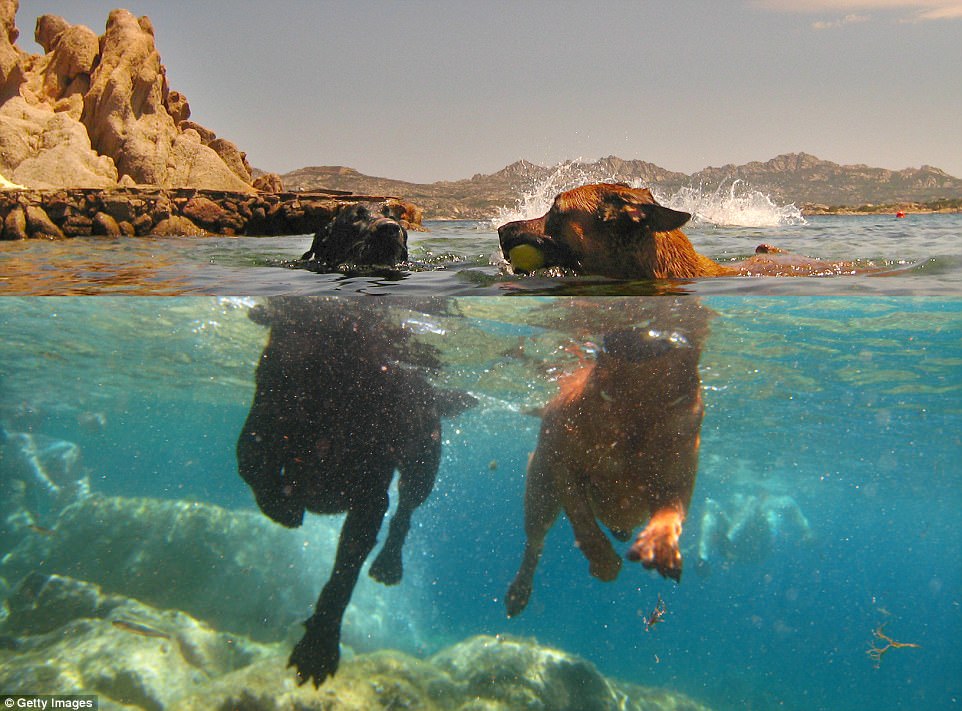 Doggy paddle: Their heads may be smooth sailing on the surface, but these hounds are peddling furiously beneath it 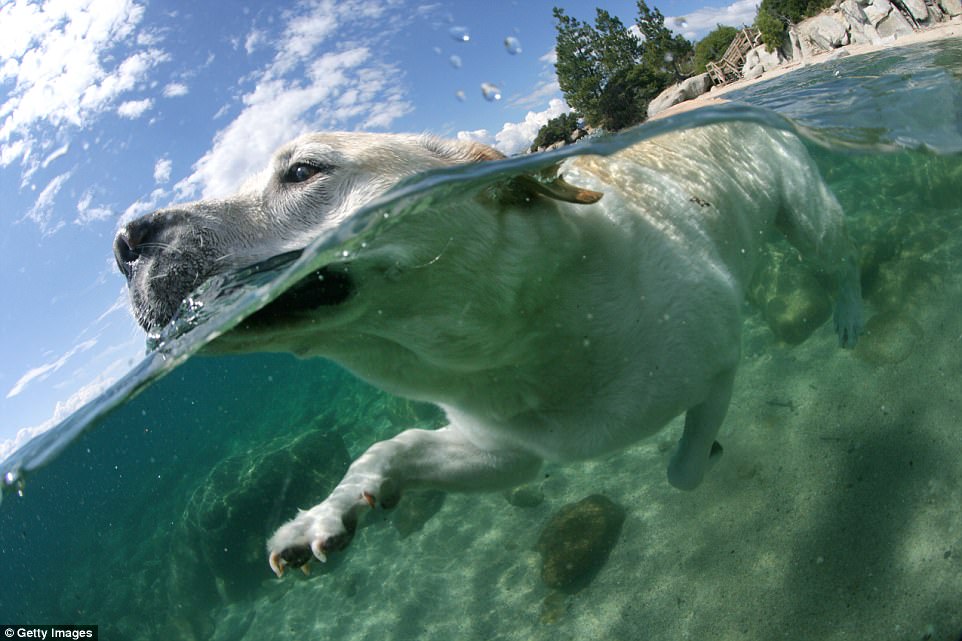 Heads up: Over in Lake Tahoe, in America’s Sierra Nevada Mountains, a swimming yellow labrador displays an outstretched paw 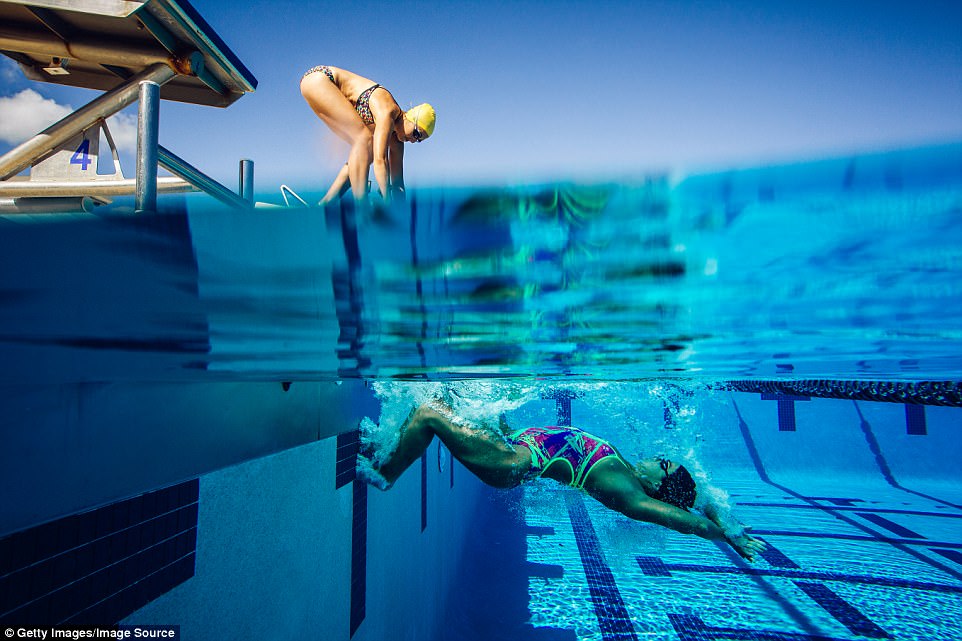 Relay: In Miami, Florida, one swimmer prepares to dive into the pool as another executes an underwater turn Care for a swim? A captain peers over the deck at a pair of oceanic whitetip sharks beneath the surface at Cat Island in the Bahamas 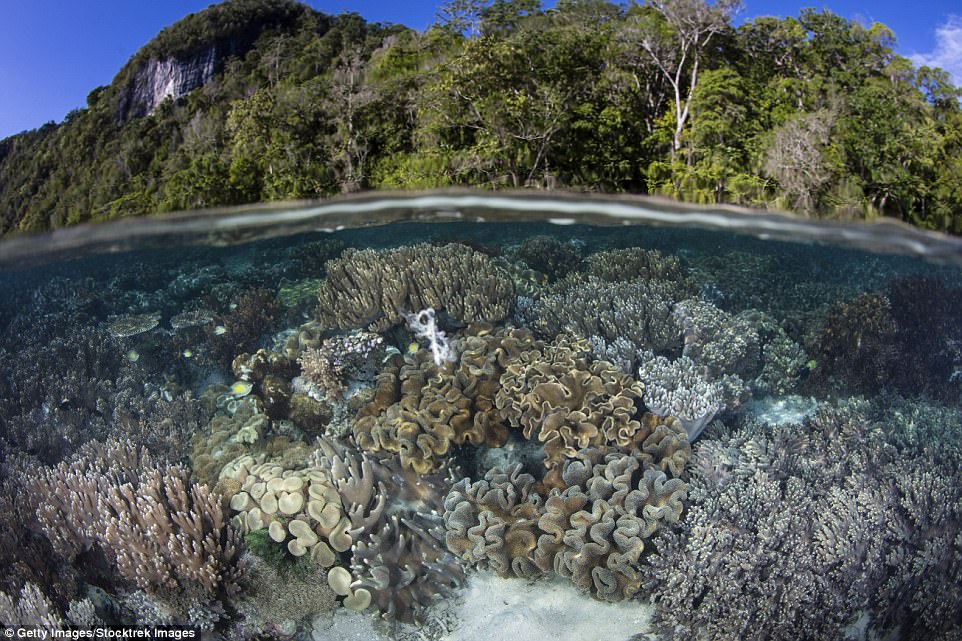 Land and sea: A healthy garden of coral reef grows near limestone islands in Raja Ampat, Indonesia – the jungle rising up above it 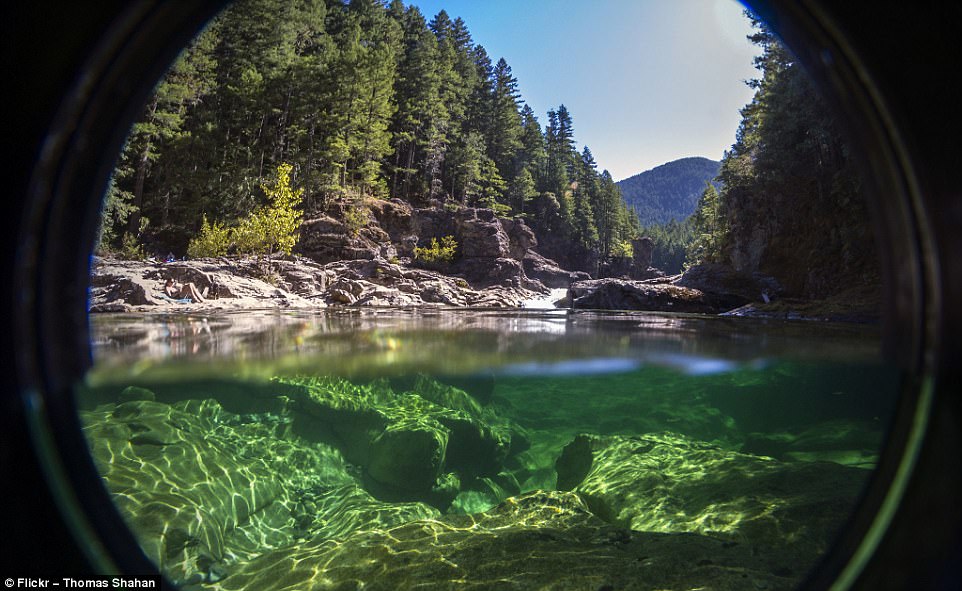 Fish-eye view: A calm lake photographed half underwater in the US state of Oregon – a place known for its rich landscape 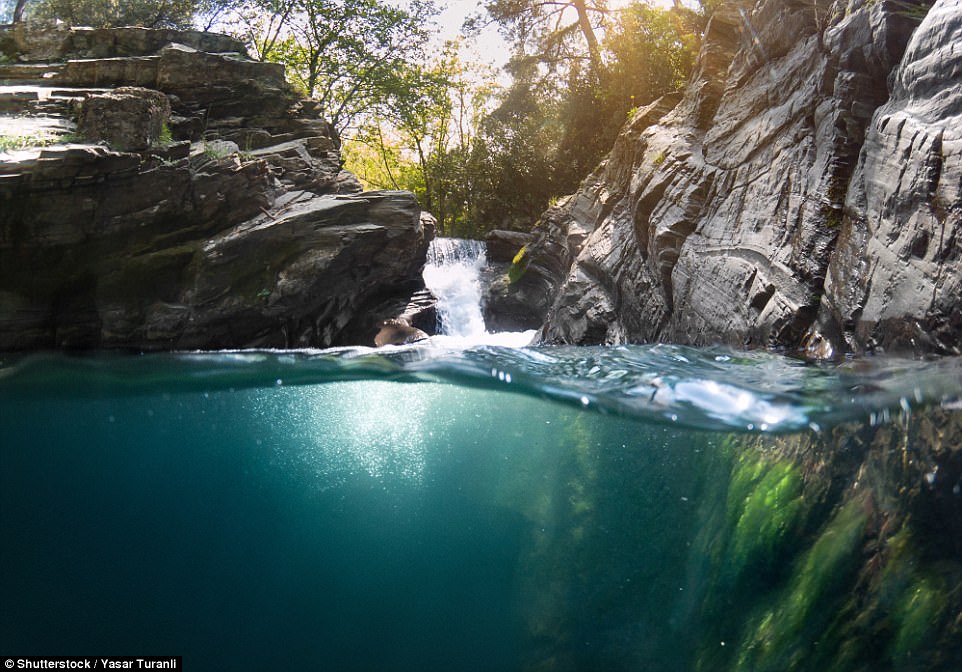 Effervesce: Jagged cliffs fall into the murky deep, with the waterfall’s frothy air bubbles gushing to the surface Night-time: As the sun slides under the horizon, a bed of coral slowly enters darkness underneath a thatched hut 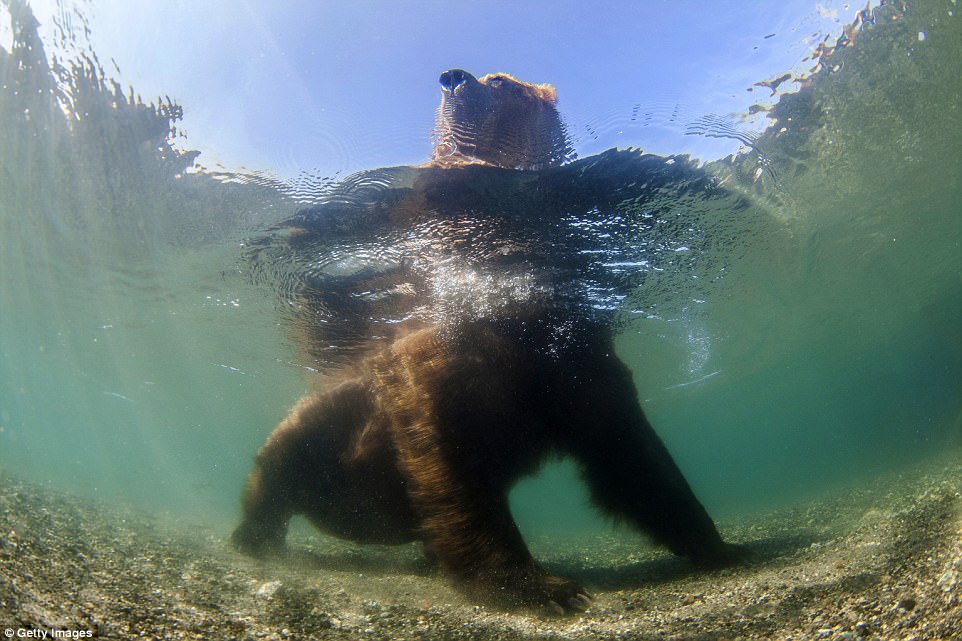 Who goes there: Not strictly a split-level photo, but it almost hits the mark – an underwater snap of a brown bear with its head above the surface, surveying its surroundings in Russia’s Ozernaya river