Overtones star Timmy Matley plunged to his death from a 13th floor balcony of a after taking crystal meth.

The singer, 36, who had suffered from skin cancer, fell from a luxury flat in Poplar, east London at 11am on April 9.

Fans of the boyband thought he had died from the disease, but Poplar Coroner’s Court has today confirmed his cause of death was a ‘drug related’ accident.

Mr Matley had been forced to pull out of the band’s 2016 Christmas tour after his diagnosis of stage three melanoma.

In a statement at the time he said: ‘I need to share some news with you about something that is going on in my life at the moment.

‘I’m devastated to actually be writing this but unfortunately I won’t be able to join the boys on the road for this Christmas tour,’ he said in a statement.

‘In Sept this year I was diagnosed with melanoma (skin cancer). In October I had an operation to remove some lymph nodes and had hoped that would be the only treatment required.

‘But just recently more lumps around my collar bone and neck were discovered which will need further, ongoing treatment.

‘As you can imagine it’s been a big few months. It’s been a tough and heartbreaking decision to make but I have to focus on getting better and taking care of my health.’

He wrote on his JustGiving page afterwards: ‘I am happy to say that I am one of the lucky ones who has responded amazingly to this treatment. 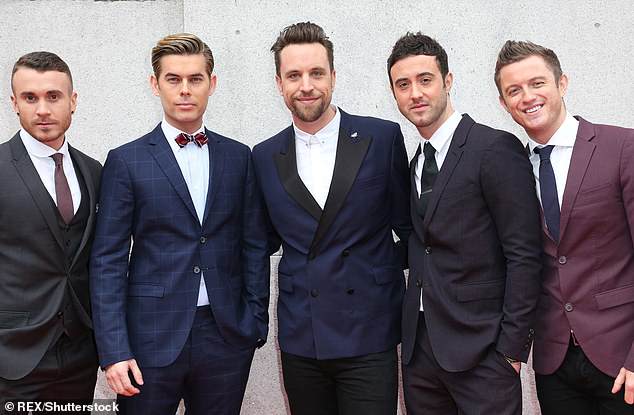 In 2017 Mr Matley rejoined the group.

Following this sudden death, the group postponed their tour and said: ‘A message from Overtones HQ.

‘The Overtones have postponed their performances at Potters on April 22nd and Bedworth on April 28th.

‘The boys will be in touch with you all soon and have asked us to thank you all for your condolences and understanding.’ 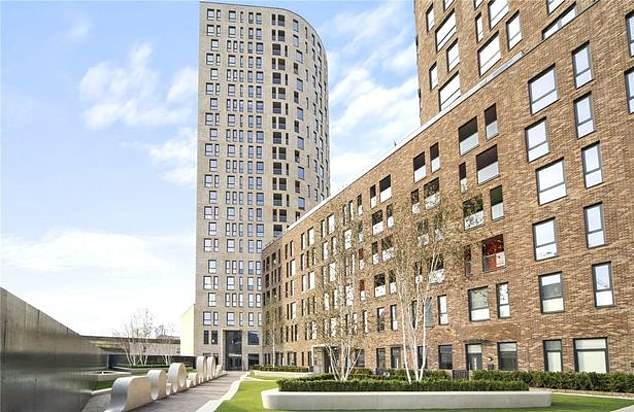 The singer fell to his death from this luxury flat in Poplar, east London at 11am on April 9

He auditioned for The X Factor in 2009 as part of Lexi Joe with Mark, Mike and Darren, but they missed out on making the final 24.

Afterwards they met Latchie and rebranded as a five-man band called The Overtones.

They then went on to achieve four top-ten albums in the UK and their debut, Good Ol’ Fashioned Love, reached number four in the charts.