Overweight dog that was too fat to play fetch shed 60lbs

A 146lb dog that was too fat to play fetch shed 60lbs thanks to a strict diet – but still steals cookies, rummages through trash and raids the fridge to steal food.

Shiloh the Labrador ballooned to twice the average weight for his breed after being fed large portions of food by his previous owners.

But in October last year the podgy pup was adopted by photographer Heidi Fiore, 42, of Nahant, Massachusetts, and her family after she spotted an appeal on Facebook.

Sizable pup: Shiloh the Labrador was 146lbs when he was adopted by a new owner 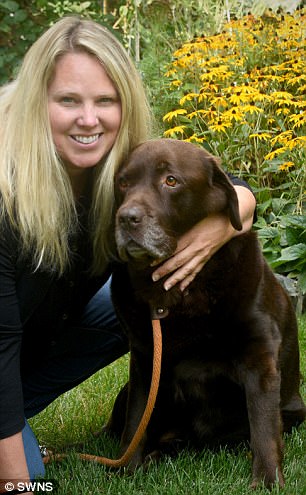 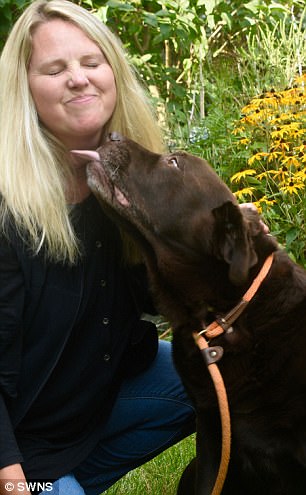 The mom-of-three knew she had to get Shiloh healthy so she cut down his diet to two meals of dog food and veg a day and started taking him for walks.

At first the stubborn pooch would beg for snacks, lie down mid-walk and refuse to budge for 30 minutes and even shy away from playing fetch.

But after just two weeks of the new diet eight-year-old Shiloh had started to slim down and 11 months later he is down to 86lbs.

He walks up to two miles a day but Heidi admits he is still obsessed with food and will do whatever he can to get his paws on it.

Heidi, a librarian of, said: ‘Even when Shiloh was overweight, everybody loved him. 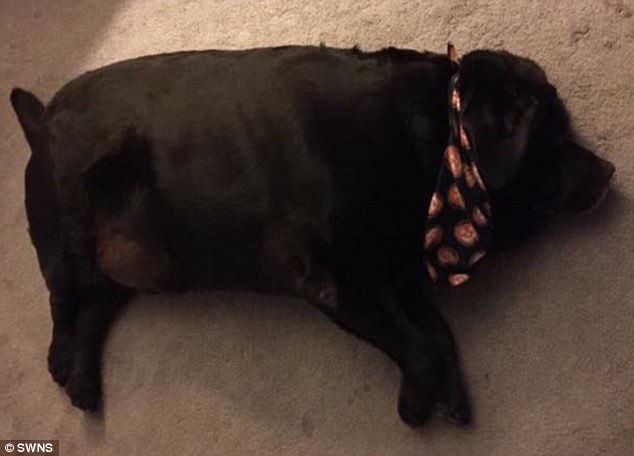 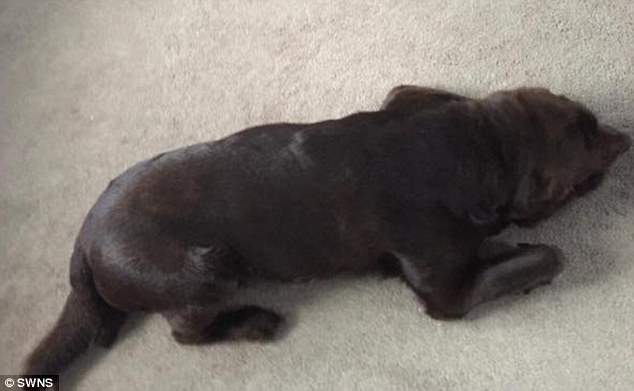 Slimmed down: The top image shows Shiloh at the time of his adoption and the bottom sees him after a 60lb weight loss 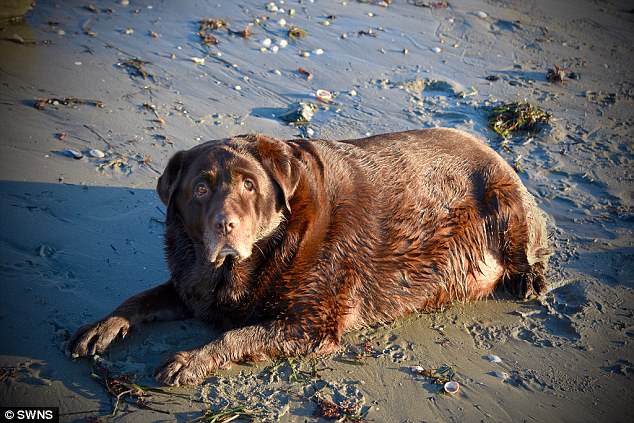 Big boy: The dog was so big that he couldn’t even bring himself to play fetch 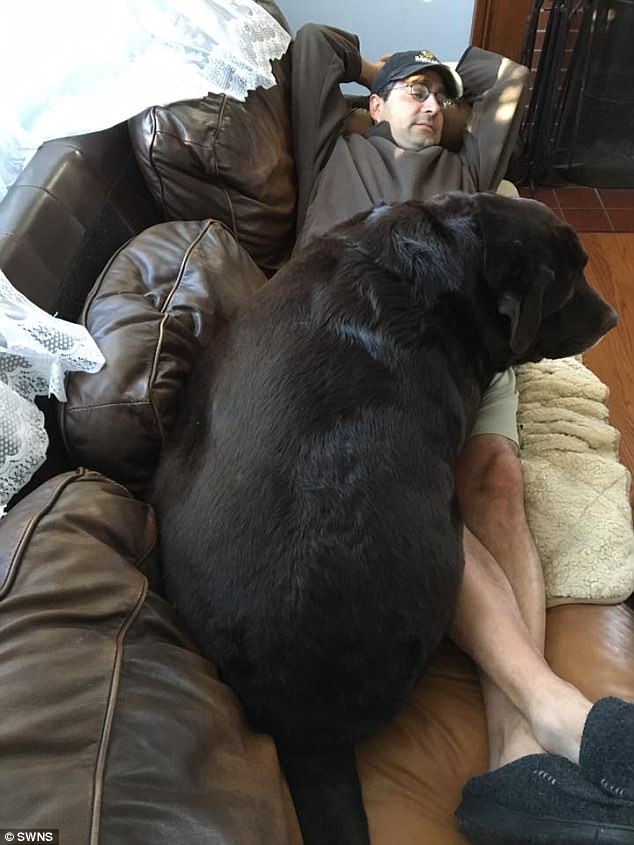 Not a clue: Heidi said that she thought Shiloh looked like ‘a bear or a pig’ when she first saw him

‘But it has been really amazing to watch him have more energy and just be a normal Labrador.

‘When we first saw him I thought he looked like a bear or a pig. He was enormous but he was so excited to see us – his tail was wagging. It seemed like he had no idea how big he was.

‘We agreed he seemed like a good boy and we felt like we could help him, so we decided to take him in.

‘We took him to the vet the next day and he was 146lbs. Everybody who saw him was in shock at how big he was, including the vet.

‘We threw out his old food and scoop, which was enormous, and put him on a diet of two scoops of healthy food a day with vegetables like peas or green beans.

‘He lost 8lbs in the first two weeks.’ 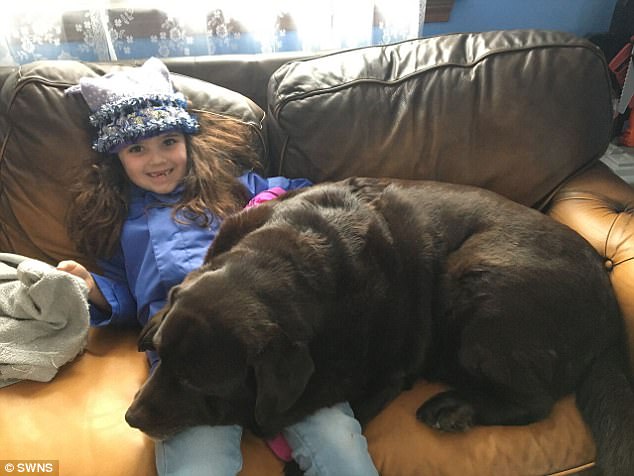 Lap dog: She added that the giant dog seemed to have no idea how big he was 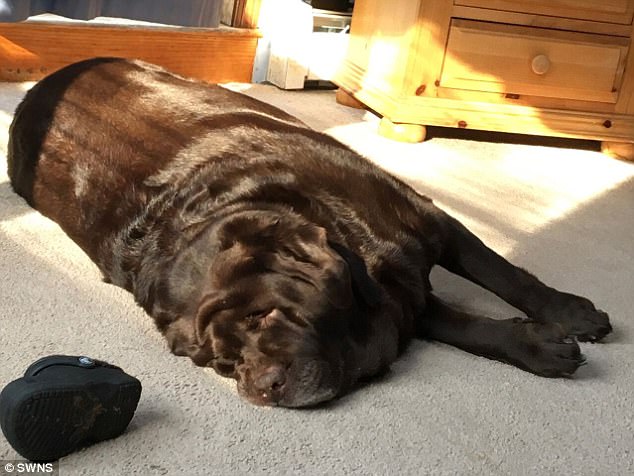 Lazing around: When Heidi first put him on the diet, he refused to go on walks and would often beg for snacks 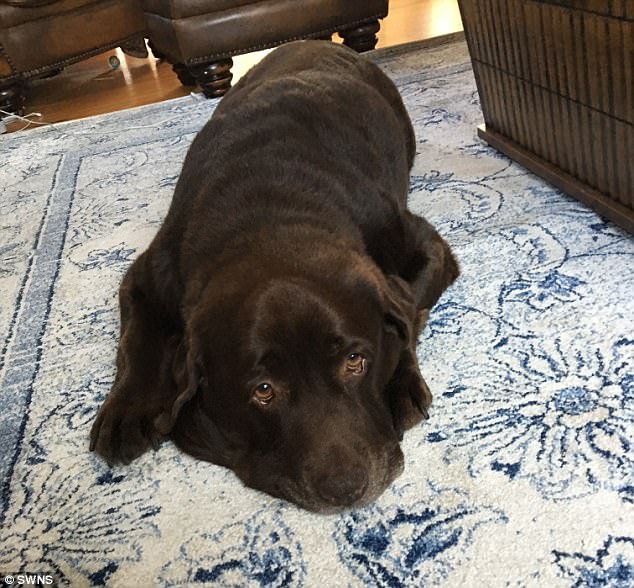 Massive difference: After the weight loss, Shiloh has learned to go on lengthy walks around the town and beach

But he had no energy at first – not even to play fetch.

Heidi said: ‘When we walked him he could barely make it to the end of the street without stopping to take a break. It would be every 80ft, he would plop down and refuse to budge.

‘He would sometimes lie there for 30 minutes and I couldn’t get him up, so I would have to call my husband and we would take him home in the car.

‘With time he got better and now he can walk two miles.

‘He didn’t play when we first got him. He had no interest in chasing a ball or a stick.

‘The transformation is amazing.’

Shiloh still has saggy skin from where he lost so much weight and vets have suggested plastic surgery to remove it. 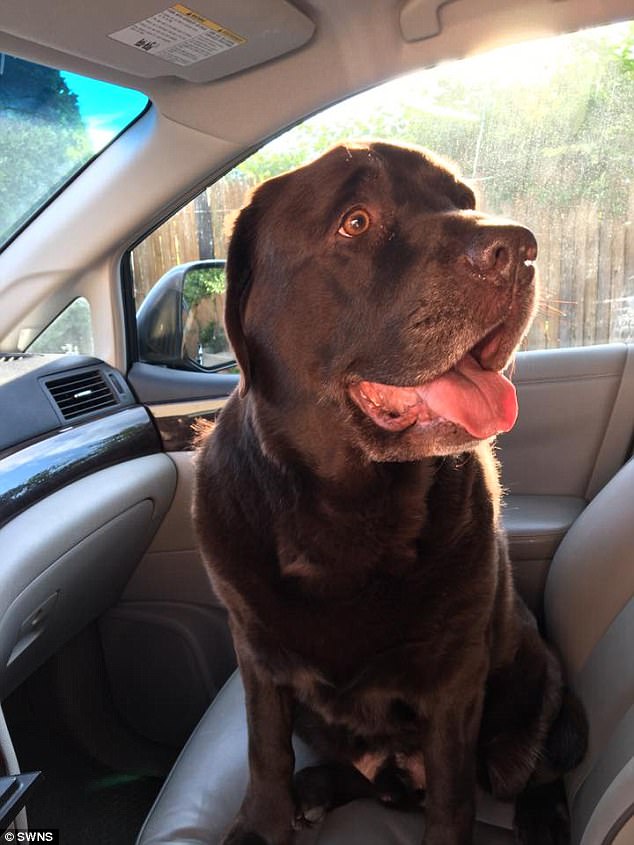 Happy guy: Heidi added that Shiloh loves to break the rules when he can and will swiftly devour any food left sitting around 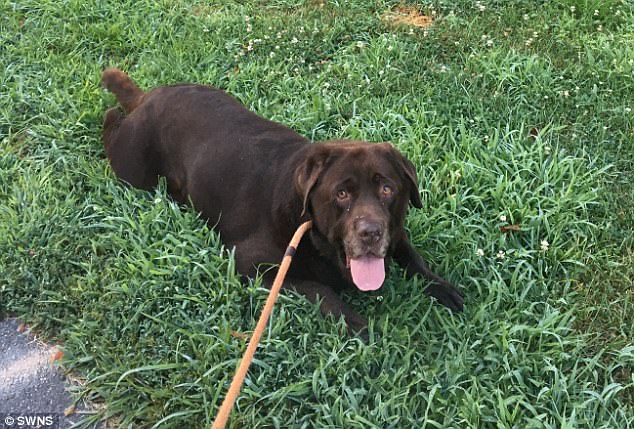 Man’s best friend: Heidi claims that it was easier to help him lose weight than shedding pounds herself

Heidi added that helping him lose weight has been easier that shedding the pounds herself – because she’s controlling what goes in his mouth.

But the cheeky canine still manages to flout the rules whenever his owners aren’t looking.

Heidi added: ‘He is still obsessed with food. The kids have left the fridge open and he will jump up and eat everything.

‘He jumped up in a neighbor’s kitchen and ate a plate of cookies and he gets into the trash to find scraps.

‘We do a lot of walks around town and go to the beach. His latest thing is he goes down there and looks for crabs and eats them whole.

‘He really loves food – I don’t think we’ll ever change that.’