‘How many sides have won Champions League without a world class goalkeeper?: Owen Hargreaves and Paul Scholes slam Wojciech Szczesny after defeat by Manchester United

United came from a goal behind to earn an unlikely victory in Turin thanks to a brilliant free-kick by Juan Mata and a late own goal from Alex Sandro.

However, following the match, former Arsenal goalkeeper Szczesny has come in for plenty of criticism for his performance. 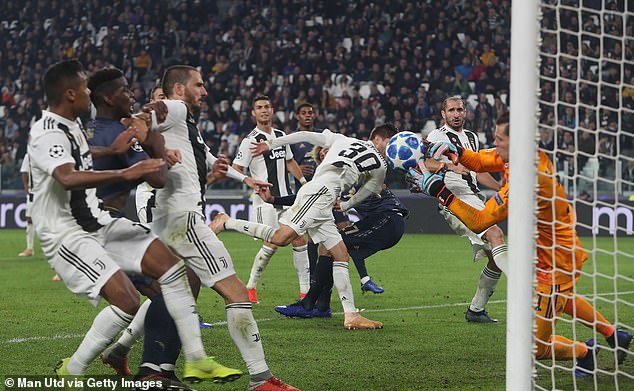 Szczesny, who joined the Serie A giants in 2017 for £10million, failed to command his area for United’s winner by staying on his line as Ashley Young whipped in a teasing free-kick.

The Polish goalkeeper then parried the ball straight into Sandro, who eventually bundled it into his own net.

And former United midfielder Scholes has heavily criticised Szczesny – who was brought in to replace the legendary Gianluigi Buffon – insisting he hasn’t improved since his Arsenal days.

Scholes told BT Sport while analysing the winning goal: ‘I think that is bad goalkeeping. He could come out but he’s indecisive and I think that is their big weakness.

‘He struggled for five years at Arsenal and it doesn’t look like he has improved for me.’ 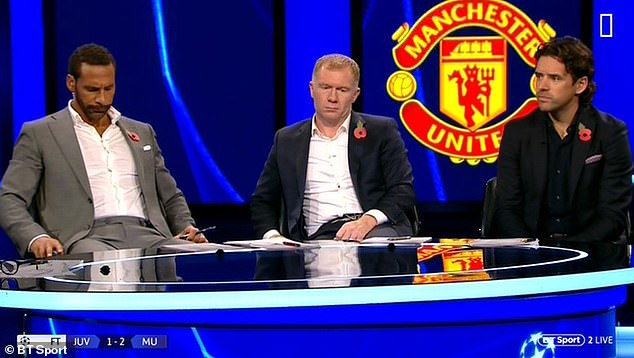 Hargreaves backed up Scholes’ viewpoint before claiming Juventus may struggle to win the Champions League with Szczesny in between the posts.

Hargreaves added: ‘Scholesy makes a great point about the goalkeeper. How many sides have won the Champions League without a world class goalkeeper?

‘This team is ready to win the Champions League and people behind the scenes will be thinking have they missed a trick now Buffon has left.