‘That performance was like Neymar in his prime… somebody sign that kid because he is special’: Owen Hargreaves raves about Jadon Sancho and urges Chelsea and Manchester United to ‘get their cheque books out’

Jadon Sancho was compared to a Neymar ‘in his prime’ after starring in Borussia Dortmund’s 2-1 victory over Paris Saint-Germain in the Champions League.

Erling Haaland scored twice – including a screamer for the winner – for the Bundesliga giants as they overcame PSG in the first-leg of the last-16 clash.

But while Haaland stole the headlines, England international Sancho enjoyed another brilliant performance and came to the fore to give Dortmund a slender advantage heading into the second-leg in Paris on March 11.

The 19-year-old has caught the eye of both Chelsea and Manchester United, and following the final whistle, Owen Hargreaves urged the Premier League outfits to splash the cash on the former City youngster.

Hargreaves told BT Sport: ‘That performance from Sancho was like Neymar in his prime. Off the cuff. He was unplayable.

‘Get your cheque books out. Somebody go and sign that kid because he is special.’

The praise didn’t stop there with Jermaine Jenas claiming he is playing well beyond his years.

Jenas added: ‘He showed maturity beyond his years. He’s a spearhead for them with what he brings, his lack of respect for the opposition. 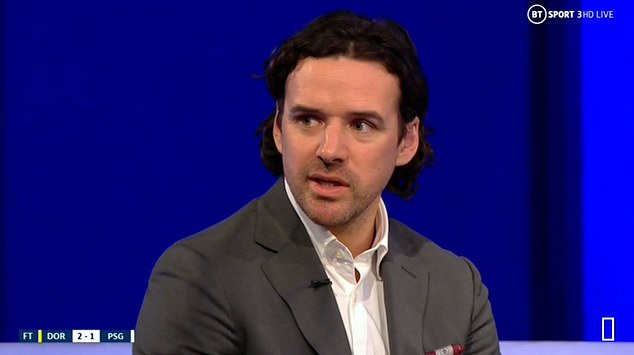 Owen Hargreaves sang the praises of Sancho, comparing his display to Neymar ‘in his prime’

‘You always felt like he was going to do something tonight. That tells me he thinks he is the best player on the pitch.’

But while Sancho shone in Dortmund, the same couldn’t exactly be said for Neymar despite scoring the equaliser to momentarily make it 1-1 at Signal Iduna Park.

And Jenas admitted it was a frustrating night for the Brazilian after being outshone by Dortmund’s talented youngsters.

‘The crowd were on his back from the outset,’ the BT Sport pundit added. ‘He was frustrated. He’s not playing in a team, he’s playing with a group of individuals.’ 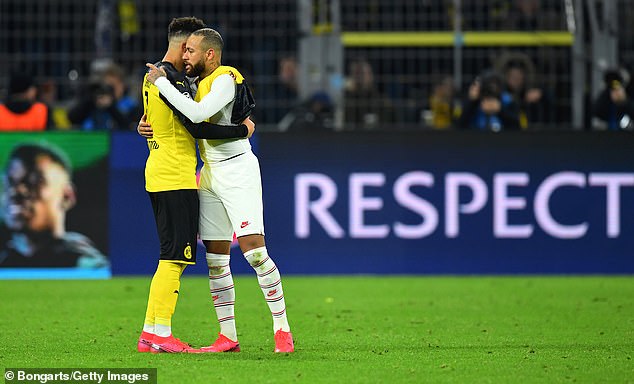