By Brendan Carlin Political Reporter For The Mail On Sunday

The Labour frontbencher sacked by Jeremy Corbyn for demanding a second EU referendum faced claims yesterday that he had previously threatened to quit over his leader’s weak response to the Salisbury poison attack.

Well-placed sources said Owen Smith had been so appalled at Mr Corbyn’s initial failure to blame Russia for the attack earlier this month that he had been ready to walk out.

The former Shadow Northern Ireland Secretary reportedly only pulled back when Shadow Defence Secretary Nia Griffith went on the airwaves to toughen Labour’s stance and backed Theresa May’s insistence that Moscow was responsible.

Challenged yesterday, Mr Smith would say only that he had not ‘publicly’ threatened to resign.

Mr Corbyn’s decision to fire him for breaching party policy by calling for a second EU referendum has been branded a ‘Stalinist purge’ by former Cabinet Minister Peter Hain.

However, Mr Smith – who challenged Mr Corbyn for the party leadership unsuccessfully in 2016 – is suspected by many Labour MPs of deliberately provoking his leader into sacking him by defying party policy.

One said: ‘Owen’s clearly been cruising for a bruising over the Europe issue because getting sacked for it makes him look like a martyr.’

Mr Smith yesterday denied that, insisting he had to speak out and warn that the country could be about to ‘sleepwalk’ towards a Brexit ‘that we know is going to be damaging to our economy’.

And he reaffirmed his fears that leaving the EU would harm the Good Friday Agreement that delivered peace in Northern Ireland.

He pointed out that last year she had also suggested a second vote on the EU, before backtracking.

Mr Smith said: ‘She said something very similar just a couple of months ago and she hasn’t been sacked.’ 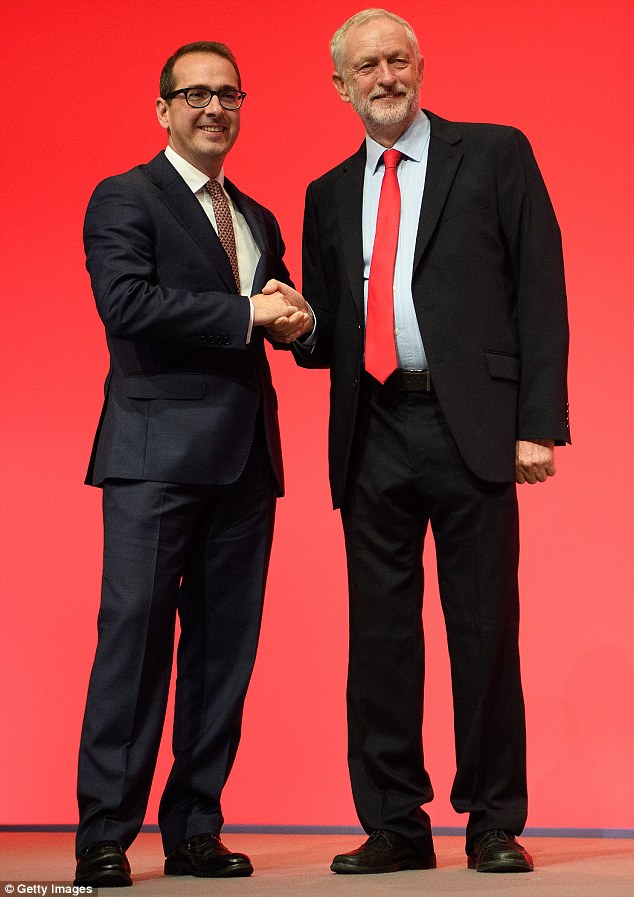