The owner of fast-growing sourdough pizza chain Franco Manca and The Real Greek is looking to open new restaurants in the UK and abroad as sales rebound and it eyes more sites to snap up on the cheap.

London-listed Fulham Shore, which is run by ex-Pizza Express boss David Page, said they had set up a new team ‘to explore and progress the international development of both businesses’.

The group, which has 55 Franco Manca pizzerias and 19 The Real Greek restaurants, is also continuing its expansion at home, expecting to treble its UK presence to over 230 restaurants before the end of the decade.

More restaurants: Fulham said they had identified over 125 new locations for Franco Manca

It said it plans open 10 new restaurants in this financial year ending in March, and has identified more than 150 additional sites for potential new restaurants – some 125 for Franco Manca and 30 for The Real Greek.

Fulham said that given the board’s experience in ‘successful expansion outside the UK at PizzaExpress and Gourmet Burger Kitchen’, it has set up an ‘experienced team to capitalise on the opportunity to establish our brands overseas’.

The expansion plans come as the restaurant group has seen sales rebound strongly over the summer since its restaurants could fully reopen and social restrictions were loosened.

Total revenues for the eight weeks from 21 June to 15 August averaged over £1.5million per week, which represents an increase of 8 per cent compared to the same period in 2019, before Covid struck, the company said.

But the group noted a ‘stark’ difference in performance at its city centre restaurants and those in regional locations and coastal towns.

Like-for-like sales at its 17 restaurants in London’s West End and other city centre locations tumbled 41 per cent in the period as many office workers continue to work from home.

But a rise in staycations has boosted sales at its restaurants on coastal towns like Brighton, with like-for-like sales in these locations outside city centre some 30 per cent ahead of pre-Covid levels. 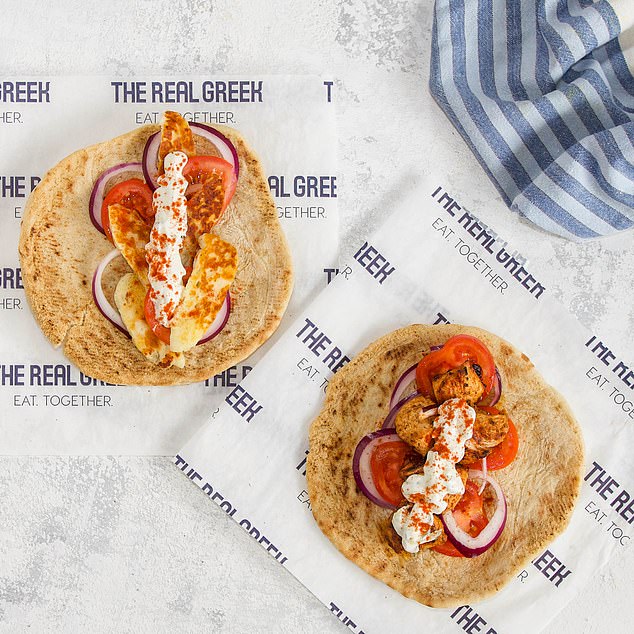 Fulham has 19 The Real Greek restaurants in the UK, but plans to open more

‘Some of our regional and suburban restaurants are currently breaking trading records on a weekly basis,’ Fulham said. ‘The sites in coastal towns and university cities are especially busy.’

Despite people being allowed to go dine out again, takeaway and home delivery sales have continued to exceed 2019 levels, with the company saying this meant they had ‘gained permanent new customers’ through both these channels.

‘Having navigated the impact of the Covid-19 pandemic, the Group is well-positioned to capitalise on emerging opportunities,’ Page said.

‘We are confident that this current financial year will be the start of another exciting period of growth for The Fulham Shore.’ 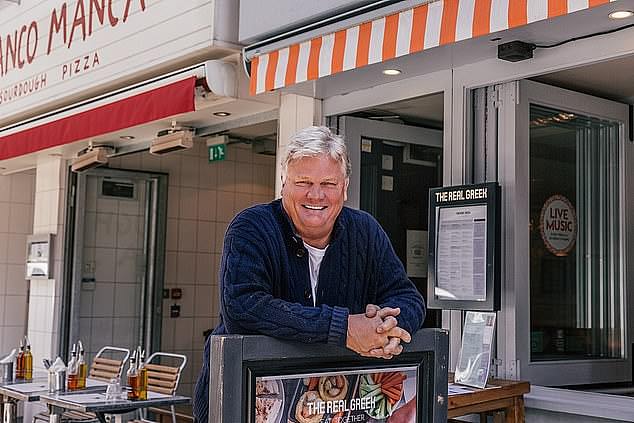 The high sales follow a tough year for the group, which today also posted in full-year financial results.

These show revenues tumbled 41 per cent to £40.3million in the year to March 28 following the impact of enforced closures for large parts of the year.

Operating losses also widened to £4.8million for the year, compared with a £1.8million profit from the previous year.

Like many other hospitality businesses, Fulham complained about a shortage of staff.

It said that a combination of Brexit, new immigration controls and many workers having left as a result of Covid has made recruitment of staff ‘harder’.

‘To mitigate these issues the Group has invested in its human resources team and has implemented new innovative incentive schemes designed to retain key individuals,’ it added.

Shares in Fulham rose 3 per cent to 16.50p in afternoon trading on Tuesday.