One of Wales’ most scenic views has been spoiled after a road sign was erected within metres of a historic tearoom, its owner has claimed.

The owner of the family-run tea room in the town of Llanrwst, north Wales, has criticised the decision to put up a new sign on the bridge over the River Conwy.

Tim Maddox, 54, has owned the Tu Hwnt i’r Bont tearoom with his wife Ayla for the last 16 years.

The grade II listed building dates back to the 15th century where it was used as a court house, but was turned into a tearoom more than 50 years ago

the Tu Hwnt i’r Bont tearoom in Llanrwst, north Wales, is one of the most photographed buildings in the country, attracting tourists with its virginia creeper which changes colour spectacularly in the autumn 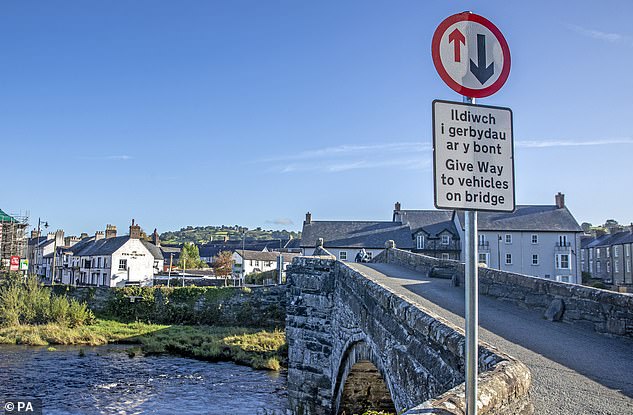 It is a popular attraction with photographers, in part due to the virginia creeper plant which completely covers the building and changes colour in autumn.

However, Mr Maddox said that a ‘prominent’ road sign erected ahead of the National Eisteddfod festival in August has ruined the picturesque scene.

He said: ‘It is the most photographed building in Wales.

‘At this time of year this house is covered in creeper and it is used as a symbol of the arrival of autumn.

‘Because they have put that sign where they have put it, it means you cannot take a picture from the bridge because it will be right in the middle. It seems to be incredibly prominent. 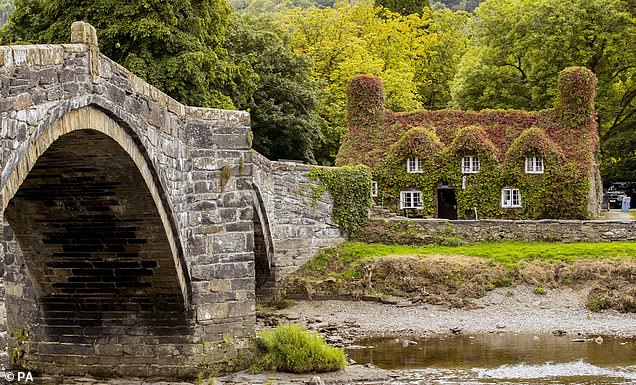 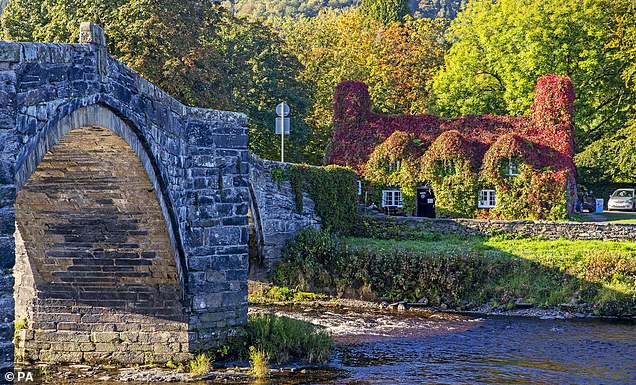 ‘Hundreds and hundreds of people come to take pictures of it. There are around 30 people there every morning taking photos of it and the photos all now have the grey back of the sign in it.’

A road sign was previously placed on the other side of the bridge, away from the view of the many photographers who visit to capture the view.

However, this sign was removed and replaced with a new larger sign telling drivers approaching the River Conwy from the south to give priority to oncoming traffic.

Mr Maddox called for the sign to be moved further back along the road, near where warning lights are already in place to urge drivers to slow down on the bridge. 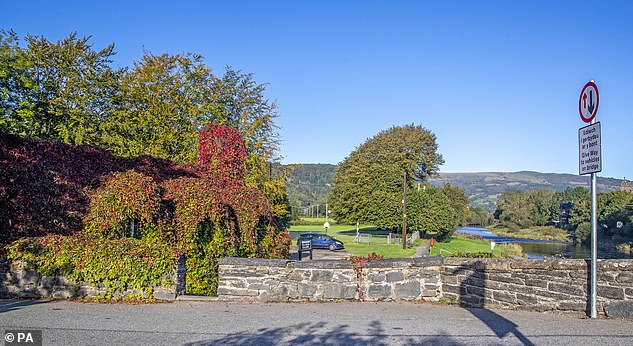 He said: ‘I would like them to move it or remove it completely. Whoever has put that sign up just has not thought about it.

‘The bridge has been there for 500 years and we have never needed a sign before.

‘It is in the wrong place because by the time you get to see it, it is too late. If they are going to have it you should be able to see it when you approach the bridge.’

Mr Maddox also said that the sign may be too close to the bridge and infringe on its own listed status.