A top disease expert has urged Australia to abandon its ‘selfish’ and ‘self congratulatory’ lockdown tactics and embrace a Swedish-style herd immunity strategy to fight COVID-19.

University of Oxford professor Sunetra Gupta said the Scandinavian country has ‘done quite well in terms of deaths’ – despite its record of 5,300 fatalities dwarfing Australia’s.

Sweden holds the fifth-highest rate of deaths per capita in the world after the Nordic nation took its own path and declined to close its restaurants, bars, schools and shops to fight the spread of the virus.

SWEDEN: Locals lap up the sun next to a social distancing sign during a heatwave in Malmo, Sweden, late last month. Sweden has taken its own path on the coronavirus 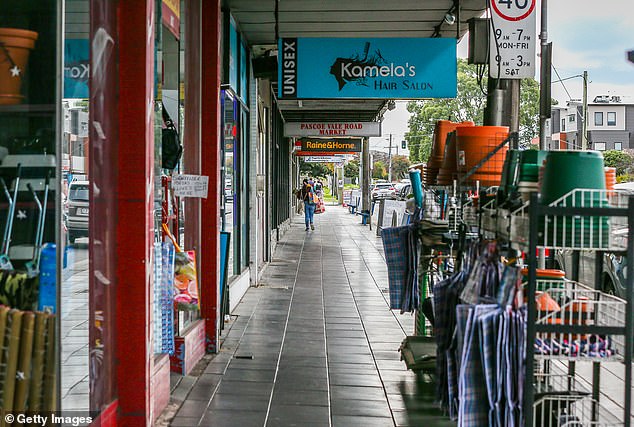 AUSTRALIA: A deserted shopping precinct in the corona hotspot suburb of Dallas, Melbourne, which has gone into lockdown amid a devastating second wave of infections

Sweden’s Prime Minister Stefan Lofven has since called for an inquiry into the so-called soft approach.

On the other hand, Australia took on a comparatively tougher stance and closed down state borders, businesses, restaurants and pubs earlier in the year.

The country has recorded 104 deaths with new coronavirus cases in the community only recorded in Victoria – despite the state enforcing some of the toughest lockdown measures in the country.

State premier Daniel Andrews was slammed by critics as ‘Chairman Dan’ for the state’s harsh lockdown measures in response to the initial COVID outbreak in March – at one point even banning the playing of golf.

Victoria is now in the grips of what state health officials have politely described as a ‘second peak’, if not a second wave.

Professor Gupta has argued the state’s predicament is proof that lockdown measures are ineffective in the longterm.

‘There is no way lockdown can eliminate the virus … and so it’s not at all surprising once you lift lockdown in areas it will flare up again,’ she told The Australian.

‘That is what we are seeing in the southern United States, and in Australia.’ 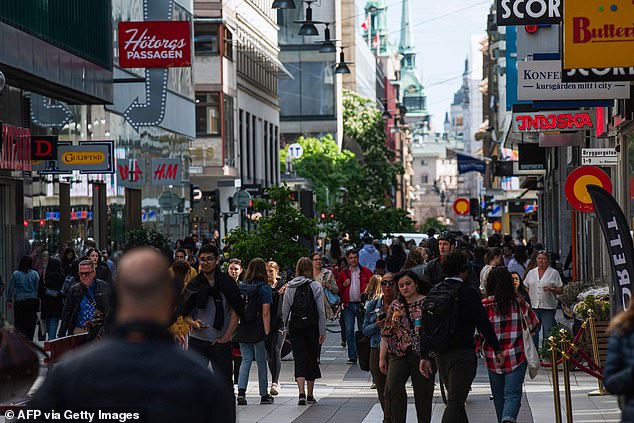 SWEDEN: Rush hour in Drottninggatan. The country’s prime minister has called for an inquiry into its unique ‘soft’ approach 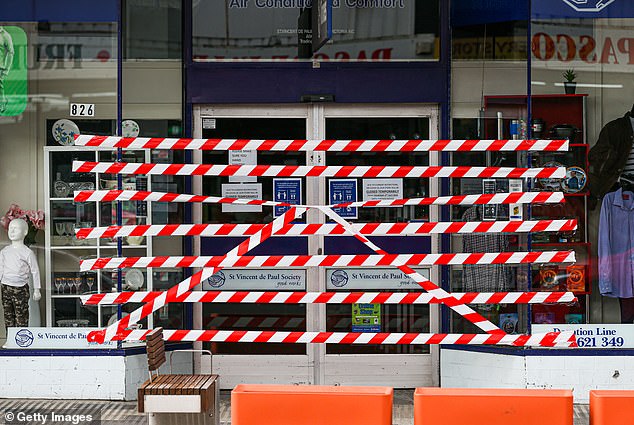 AUSTRALIA: A boarded up St Vincent De Paul op shop in the locked down suburb of Glenroy

According to scientific research, between 30 and 81 per cent of the global population have T-cells from previous colds and flus that could automatically recognise the threat of the coronavirus, making them immune.

A large number of Australians will also be asymptomatic if they came down with the virus.

Professor Gupta argued it would be better to let COVID-19 spread in the community and have stronger measures to protect the vulnerable – such as the elderly or sick.

‘You can only lock down for so long unless you choose to be in isolation for eternity so that’s not a good solution,’ she was quoted saying.

Australia has pinned its hopes on a vaccine, with human trials underway at universities around the world.