Oxford student, 24, is kept alive by an artificial heart she carries around in her RUCKSACK

Oxford student, 24, who is kept alive by an artificial heart she carries around in her RUCKSACK takes her parents back to college as her carers

Rebecca Henderson, 24, has an artificial heart in her backpack

A determined student has returned to her studies at Oxford University with an artificial heart in her backpack and her parents by her side as she insists on completing her masters.

Rebecca Henderson, 24, is one of only two people in the UK who has a 7kg portable ‘heart’.

She has returned to St Anne’s College where she is working for her masters in Medieval Studies after her own heart was removed in 2017 .

Miss Henderson was diagnosed with cancer in the organ after she collapsed and began vomiting blood.

While she remains on the transplant list, doctors and surgeons at the John Radcliffe Hospital in Oxford decided the only way to save her was via the pioneering artificial heart.

‘I’m slightly crazily or perhaps slightly ingeniously — I’m not sure which yet — going back to uni now and I’m doing that taking my mum and dad as 24-hour carers,’ she told the BBC. 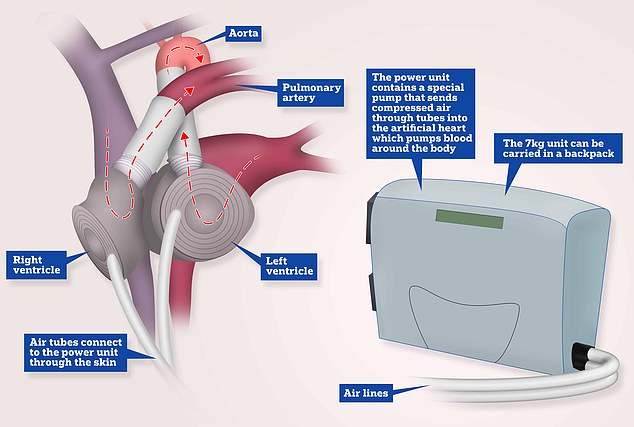 ‘Because if anything goes wrong with the machine they’re the ones who can do the changeover in four minutes and save my life.’

The battery life on the heart is only 2.5hours and if it fails there is only a four minute window to boost it back up again.

Despite the frightening task of carrying around the vital organ outside of her body Rebecca said she refuses not to have a normal life with the opportunity she has been given. 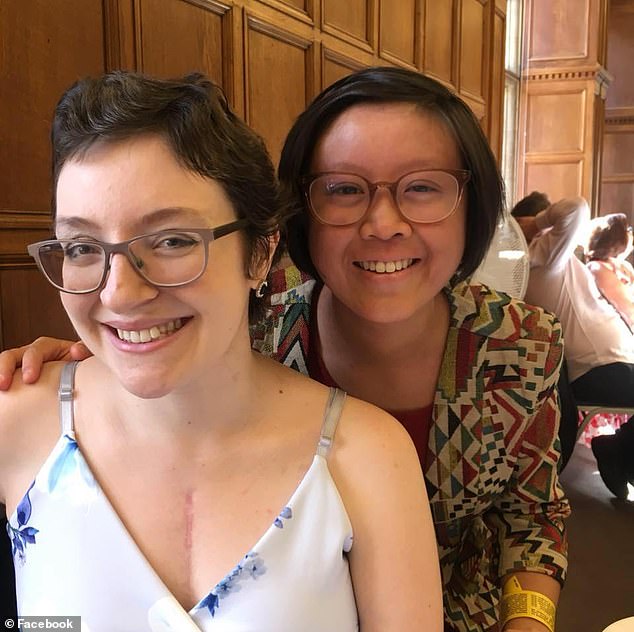 Rebecca Henderson needs a heart transplant after her own organ was removed. The Oxford University student said she will continue to live a normal life 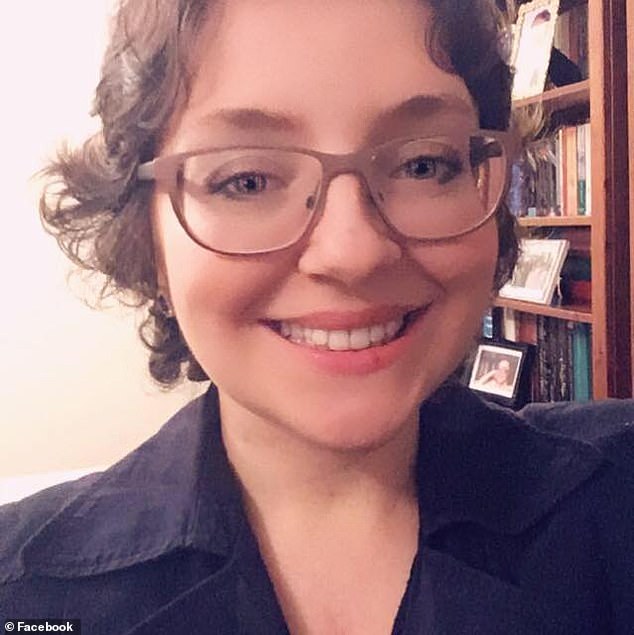 She said: ‘If there was no machine I’d be dead. I’ve got all the usual dreams that people my age have. I want to get married and have children and have a house and my own rescue greyhound.

‘But equally there’s always going to be the knowledge that things like falling in love and making best friends take a really long time; and there are sometimes days when I wonder, ‘Do I have that much time left?’

‘At no point did it ever occur to me to give up. I had my sister’s wedding and I had to get to that. I have other friends’ weddings, I’ve got my mum, my dad, and I’m not going to be outlived by the dog.’