Prominent Swiss academic Tariq Ramadan, a professor of Islamic studies at the University of Oxford, has been taken into custody by French police following accusations of rape, a judicial source said on Wednesday.

The source said a preliminary investigation was opened after two complaints were filed against Ramadan, a well-known figure in the Middle East.

He is the grandson of the founder of the Muslim Brotherhood movement in Egypt, Hassan al-Banna.

Tariq Ramadan, a professor of Islamic studies at the University of Oxford, has been taken into custody in Paris as part of an investigation into rape allegations

He has denied the allegations and filed a complaint for slander against author Henda Ayari, one of his accusers.

Ms Ayari, 41, claims Ramadan raped her at a Paris hotel during a Muslim convention in 2012.

She first made the allegation in October last year as part of the #MeToo movement in the wake of the Harvey Weinstein scandal.

She later made a formal complaint to prosecutors in Rouen, Normandy  on October 20, insisting she had been too scared to speak up until now. 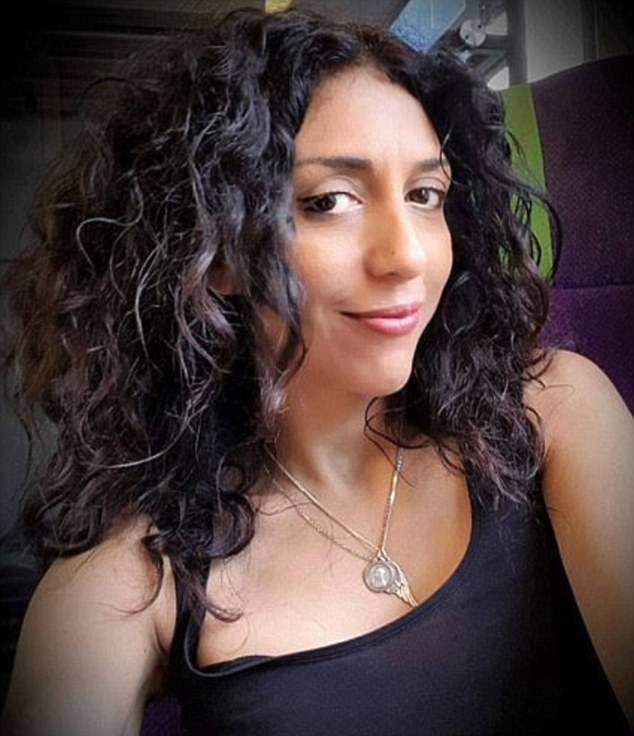 Accuser: Henda Ayari, 41, a feminist activist, says Ramadan raped her in a Paris hotel room during a Muslim convention in 2012

The divorced mother-of-three also accused the contemporary Islamic studies professor of threatening her children to stop her from going to the police.

‘He choked me so hard that I thought I was going to die,’ she told Le Parisien newspaper.

The other accuser is a an unnamed disabled woman also claims the academic raped her in a hotel room in Lyon in 2009.

Ramadan has denied the two women’s accusations, as well as further allegations in Swiss media of sexual misconduct against teenage girls in the 1980s and 1990s, as ‘a campaign of lies launched by my adversaries’.