An Oxford University rower who dressed up as a Ku Klux Klan member for fancy dress has been selected for the prestigious Boat Race, despite being banned from all social events.

Benedict Aldous, 20, who was forced to issue a grovelling apology following his offensive party attire, will take part in Saturday’s Oxford-Cambridge clash despite being banned from so­c­ial events at his college.

Aldous was banned from all future social events after he turned up a Christ Church College Bop wearing a pillowcase with slits for eyes at the December 2016 bash.

Benedict Aldous was banned from all Oxford University rower Benedict Aldous, 20, who dressed up as a Ku Klux Klan member for fancy dress has been picked for the prestigious Boat Race this weekend against Cambridge.social events at Christ Church college in Oxford

Aldous, who was a reserve for this year’s Oxford-Cambridge boat race, said the costume was a ‘satirical response’ to the college’s ‘2016’ party theme.

Aldous told the Oxford Cherwell at the time: ‘I arrived at the bop dressed in a jumper and jeans with a sign reading ‘Middle America’ and wearing a pillowcase resembling KKK regalia.

‘The costume was intended as a satirical response to the theme ‘2016’. It was meant as a comment on Donald Trump’s possible connections to KKK members, after the US election.

‘I did not intend to offend anyone and removed the costume within two minutes of arriving after realising the inappropriateness of it.’

The party happened in December 2016, but Aldous was only punished last month, and just recently named. 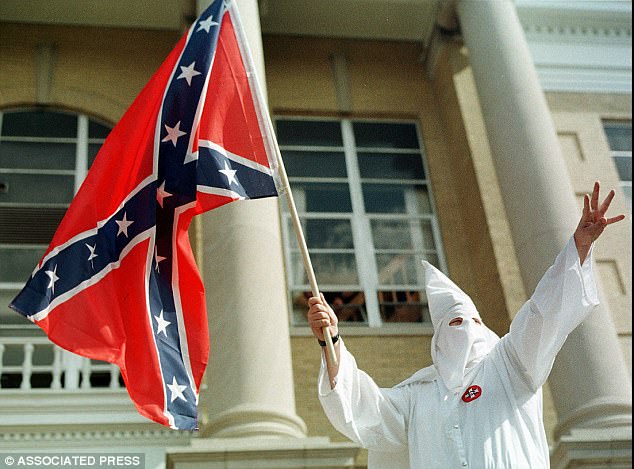 He attended Eton College and was a keen rower, taking part in the 2016 World Rowing Junior Championships in Rotterdam, the Netherlands.

His family are reported to live in a £3million mansion in Basingstoke.

Christchurch was criticised for its slow response to the controversy. One anonymous student told the Tab: ‘Numerous students put forth the complaint. [Christ Church are] reluctant to deal with controversy, they would much rather push things over the rug. 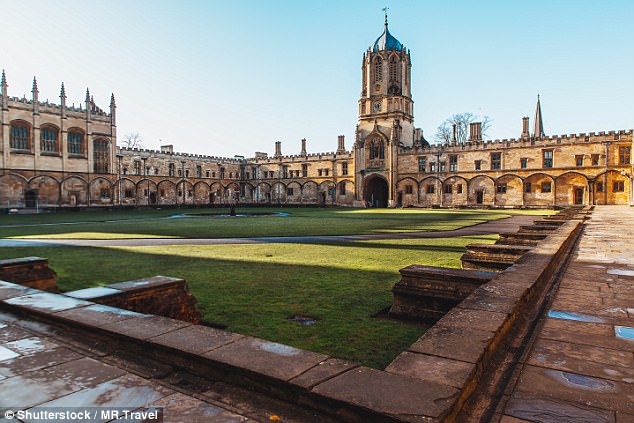 Some students have criticised Christ church for taking so long to respond, after a slew of complaints about the costume

‘They have a track job of just leaving things rather than standing up and doing something.

‘Also I think the atmosphere at Christ Church facilitates that sort of behavior, in that it’s an environment where anyone thinks they can say or do anything because of ‘free speech’ and ‘shock value’.