The other man in her life! Pip Edwards enjoys her first sweat session of the year as she visits a Pilates studio with her son Justice, 12

P.E Nation founder Pip Edwards is known for her love of Pilates.

And the streetwear queen’s obsession with health and fitness seems to be rubbing off on her son, Justice, 12.

Pip, 40, shared a glimpse of her Pilates session on Instagram on Tuesday, and fans were surprised to see Justice was also taking part in the workout.

The other man in her life! P.E Nation founder Pip Edwards enjoyed her first sweat session of the year alongside her son, Justice, 12, on Tuesday

Pip sat on a medicine ball in the studio, and wrote: ‘Got Justice on board with a little Pilates bootcamp, starting today. First session for 2021 was haaaaaaaard.’

The ultra-cool designer was wearing an activewear set from her own label, which showed off her flat stomach and toned legs.

Pip then shared several more of photos from the workout on her Instagram Stories. 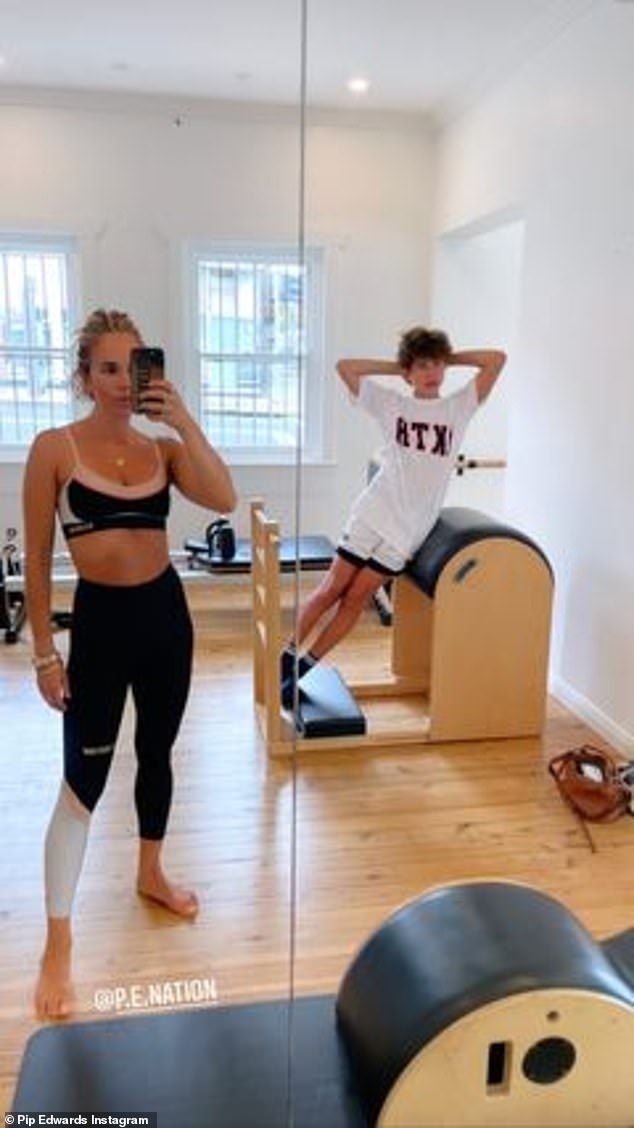 Her own best advertisement: The ultra-cool designer was wearing an activewear set from her own label, which showed off her flat stomach and toned legs

The pictures showed her and Justice exercising with hand weights, using a reformer machine and stretching out on mats.

Pip looked fluid and strong as she moved around on the equipment, showing off her impressive fitness. 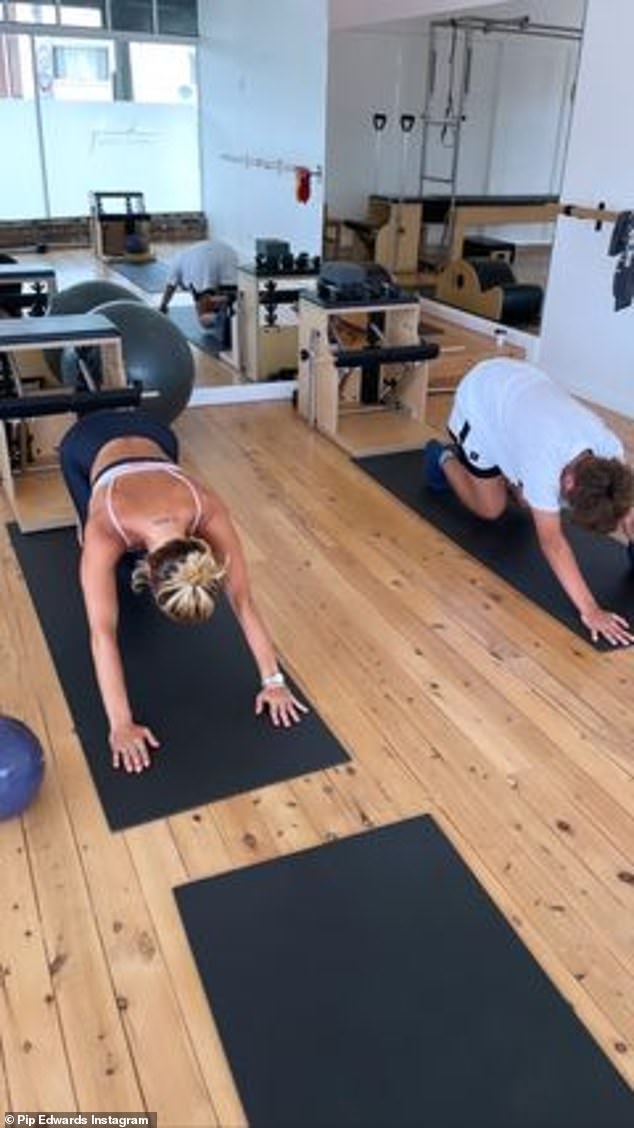 Stretch session: Pip and Justice did a number of stretches in the studio. Pip is known to be a huge fan of Pilates with her using it to keep fit

Pip is a huge fan of the dynamic Pilates workout championed by Sydney-based instructor Kirsten King known as Fluidform Pilates.

A typical Fluidform workout involves tiny movements and ‘isometric holds’, which require holding one’s body in a halfway point of exercise for 45 seconds in order to hone the smaller muscles. 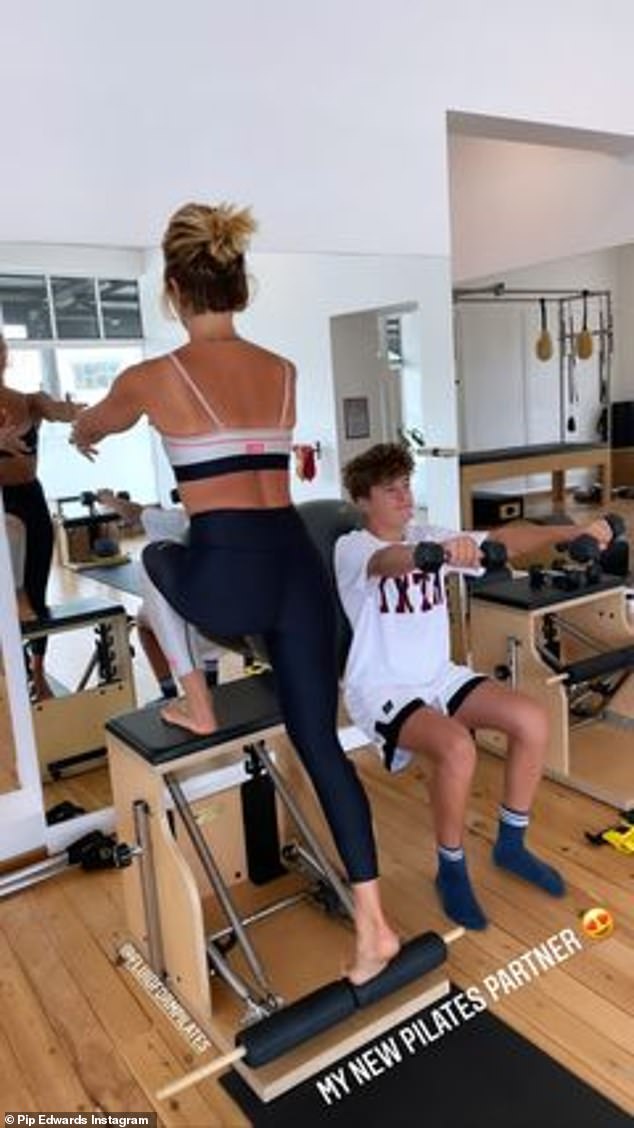 New Pilates partner: Pip showed herself and Justice in the gym, with both of them working hard in the gym together

She has previously said that three-times-weekly Pilates sessions are keeping her ‘sane and sweaty’ during the coronavirus pandemic.

‘It’s been super challenging doing it solo from home, so to all of you out there, don’t be hard on yourself,’ she said recently.

Earlier on Tuesday, she was spotted with her boyfriend, retired Australian cricket captain Michael Clarke. 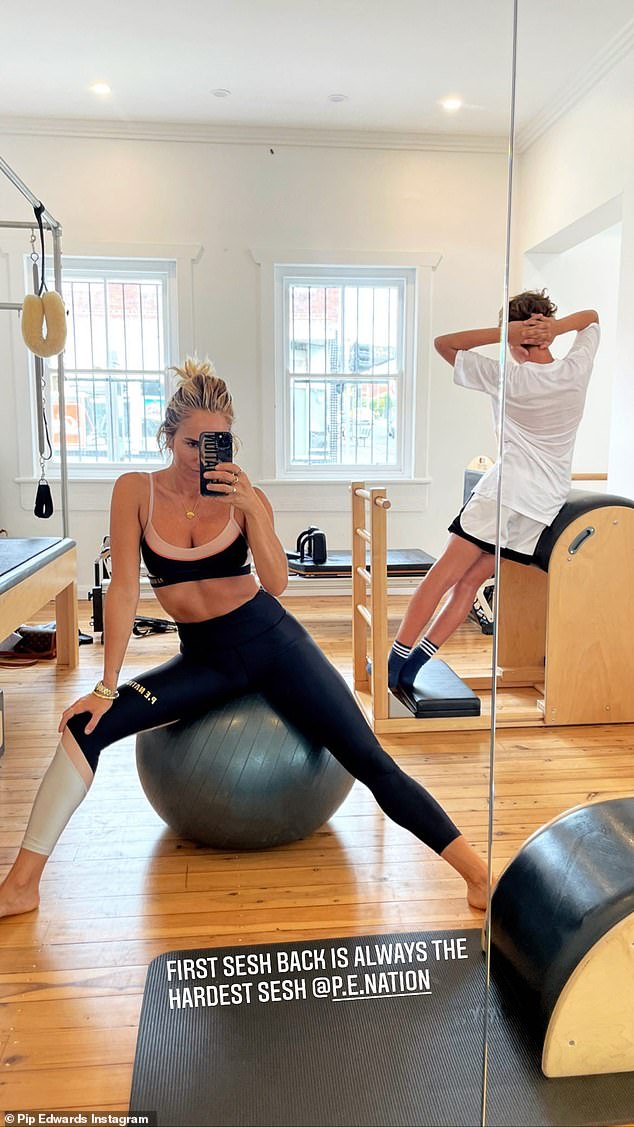 Fit: ‘First sesh back is always the hardest sesh,’ Pip wrote, showing herself and Justice getting working out in the gym

They were first romantically linked after Michael announced his split from wife Kyly in February last year.

The genetically blessed pair confirmed their relationship in July when they went on holiday in Noosa.

The couple have continued a high-profile relationship into the New Year. 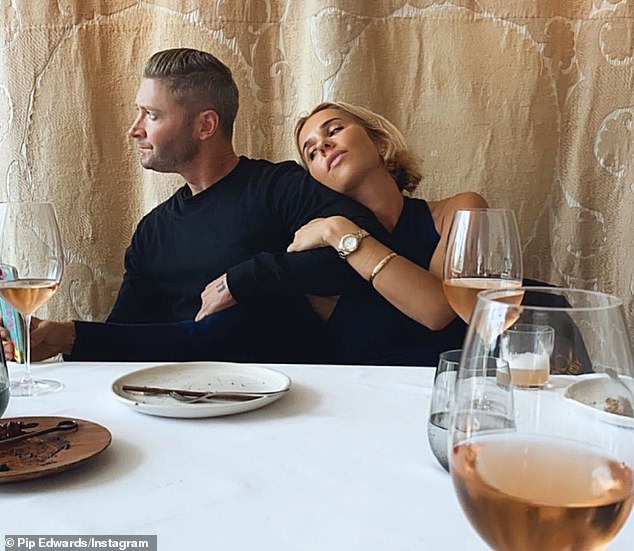 Her other man! Pip has been continuing her high-profile relationship with former cricket captain, Michael Clarke, after going official in July on a holiday in Noosa