Pablo Zabaleta is enjoying that fact that former friends and colleagues at Manchester City have won the Premier League.

But the man who won two league titles, the FA Cup and two League Cups with City between 2008 and 2017 must attempt to halt the Pep Guardiola bandwagon when West Ham face City on Sunday — with the Hammers are only three points clear of the Premier League relegation zone.

The West Ham right-back has one year left on the deal he signed last summer and, despite the chaos of this season, he has still been galvanised by London and his year at the club.

‘I’m not a long-term player here,’ he says. ‘But I hope this club will be able to sign players who come here and show commitment and the right passion to believe that this is a club to be at for four or five years and enjoy their football.

‘They have to find that consistency in the league to become like a strong team, a strong club, with the right ambitions, the right mentality.

‘Because if you have a chance to bring players in, you have everything to attract good players. 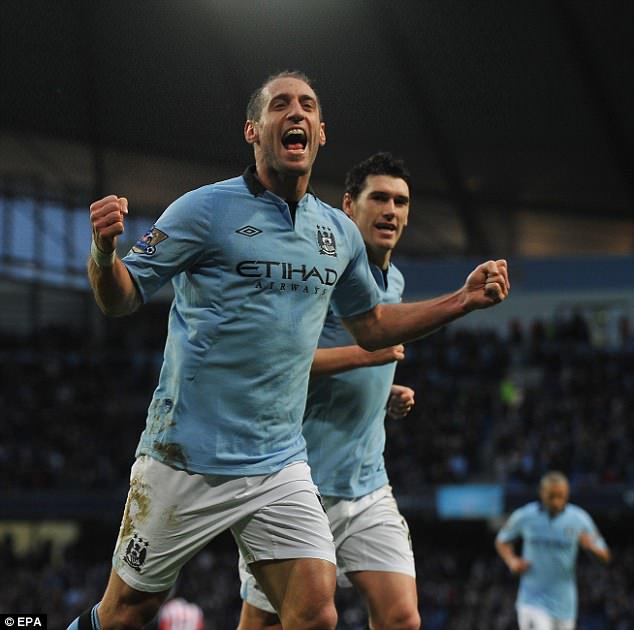 He won two league titles, the FA Cup and two League Cups with City between 2008 and 2017

‘Out of the top six, seven top teams in the league, probably West Ham is one of the greatest clubs because it’s got everything. For myself, I would like to see West Ham in top 10 every single season. To be ambitious, to qualify for the Europa League.’

Right now, staying in the Premier League is the focus. ‘We have to do the perfect game if we want to get something,’ he says.

‘The most important thing is to have belief. We know that we are playing not to get relegated. And this is massive. We need to have the right spirit as a team collectively to get something.’