Pacific Gas and Electric Co. could face MURDER and MANSLAUGHTER charges if they are found responsible for the deadly California wildfires which killed 83

California’s top prosecutors could charge Pacific Gas and Electric Co. with murder, manslaughter and other crimes for its reckless operation of power lines that may be found to have contributed to any recent wildfires.

California Attorney General Xavier Becerra’s office described to a federal judge on Friday that depending on PGE’s ‘mental state’, a series of consequences could be expected if the utility is deemed responsible for any fires.

The possible charges fall under both misdemeanors and felonies, according filing documents obtained by SF Gate.

Those charges include minor offenses for vegetation and power lines to even implied-malice and involuntary manslaughter, prosecutors added.

U.S. District Judge William Alsup is currently looking into what the possible charges could mean from the utility’s probation from a criminal case in connection to the 2010 San Bruno gas pipeline explosion.

The recent Camp Fire, California’s deadliest fire in the state’s history, is the motivating event that has moved prosecutors to look into the possible charges.

Alsup made the move to consult with state prosecutors after asking PG&E, the U.S. attorney’s office and the utility’s federal monitor about whether recent wildfires could affect the probation terms.

The judge gave a Monday deadline that has only been met by Becerra’s response. 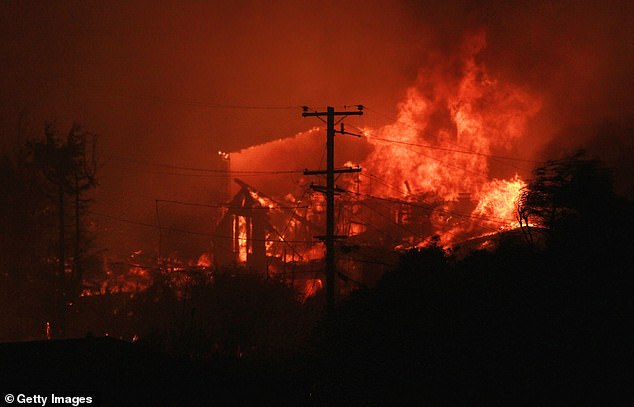 PG&E released a statement saying that it is working to ‘further enhance safety’ for customers.

‘PG&E’s most important responsibility is public and workforce safety. Our focus continues to be on assessing our infrastructure to further enhance safety and helping our customers continue to recover and rebuild,’ spokesman John Kaufman said in an email. ‘Throughout our service area, we are committed to doing everything we can to help further reduce the risk of wildfire.’

PG&E has not been found to have been the force behind recent disasters yet, according to Becerra’s brief.

Using a hypothetical question posed by Alsup, prosecutors analyzed ‘the extent to which, if at all, the reckless operation or maintenance of PG&E power lines would constitute a crime under California law’ if it was found to have sparked the wildfire. That would ultimately be defendant on the utility’s mental state, according to Becerra’s office. 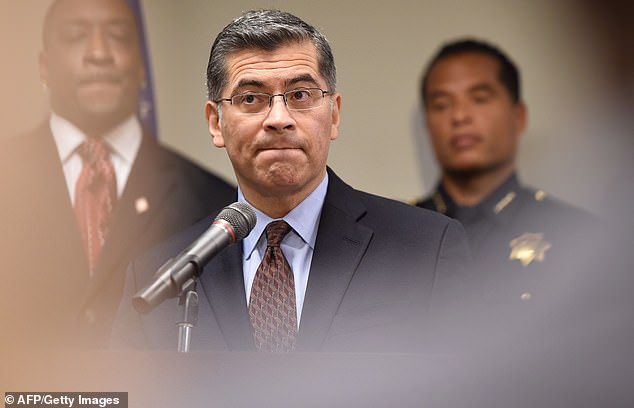 PG&E has not been found to have been the force behind recent disasters yet, according to Becerra’s brief 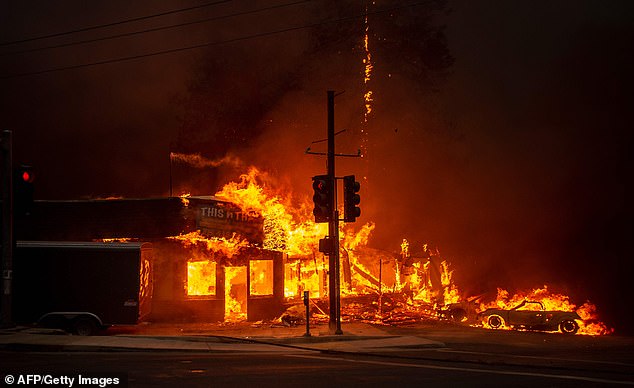 Alsup originally demanded an ‘accurate and complete statement’ of any role PG&E played in the Camp Fire, which killed at least 86 people while destroying close to 19,000 buildings

The brief further stated that implied-malice murder charges would need to show that ab ‘abandoned and malignant heart’ was present by the guilty party.

The party must also do something life-threatening with ‘conscious disregard for life’.

Involuntary manslaughter charges would need to show that PG&E could have foreseen death as a natural and likely consequences of its actions, the brief added.

Crimes related to vegetation maintenance and starting wildfires would need to look at the degree of negligence.

Alsup originally demanded an ‘accurate and complete statement’ of any role PG&E played in the Camp Fire, which killed at least 86 people while destroying close to 19,000 buildings.

The judge also pondered if any ‘inaccurate, slow, or failed reporting of information about any wildfire by PG&E’ would violate its sentence terms from the 2010 case.