Molan, 36, put on on accent as she said ‘hooka looka mooka hooka fooka’ during a discussion about how to pronounce players’ names before a game on Saturday’s ‘Continuous Call’ football show on 2GB.

The comments have been described as ‘disgraceful’ by Footy Star Martin Taupau, the prop for the Manly Sea Eagles. 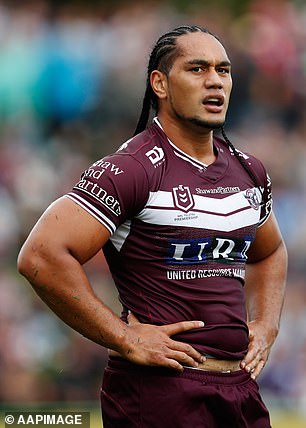 ‘Understandable for our non-Pasifika community attempting to properly announce our names, but to disrespect and make a mockery of former/current Pasifika players in the NRL like how you carried on is DISGRACEFUL!,’ Taupau wrote.

‘My grandfather would be tossing (and turning) in his grave in anger!’

His wife, and NRL Community Relations Manager Michelle Tapau also weighed in over the remarks.

‘I just wish people could understand that casual racism is still racism and incredibly hurtful and disrespectful,’ she said.

‘An inside joke? Show some respect!,’ Hamlin-Uele said.

‘If that’s a joke between colleagues than F that workplace. Get out of the job @ErinMolan.

‘Disgusting to even think that would be ok, to put on an accent and say that. Wake up to yourself.’

Molan has repeatedly claimed the statement was an ‘in-joke’ between the commentators – despite fellow hosts Darryl Brohman and Mark Levy remaining silent after her comments.

‘What? I’m not sure what she said there,’ a confused Brohman said about Molan’s comments, before Levy quickly moved on to an unrelated topic.

However, Jemaima Tiatia-Seath, the co-head of the University of Auckland’s Māori Studies and Pacific Studies department, said Molan’s ‘hooka looka mooka fooka’ jibe should not be excused as a joke.

She said commentators not being able to pronounce the names of Polynesians – who now represent about 45 per cent of players in the National Rugby League competition – was unacceptable.

‘It is the role of any commentator to owe respect to a name,’ Dr Tiatia-Seath told Daily Mail Australia.

‘To some it was ‘only just a joke, don’t take yourself too seriously” but to us, it’s a sign of disrespect.

‘The fact that it was joked about in the public sphere, it shows we have a long way to go in changing attitudes and beliefs. It’s being complicit towards racism. Enough is enough.’

Dr Tiatia-Seath added an individual’s name carries ‘Mana’, which is regarded as a spiritual force to Polynesian people.

‘In a name, an individual carries with them their family, their histories, and their memories,’ she said. 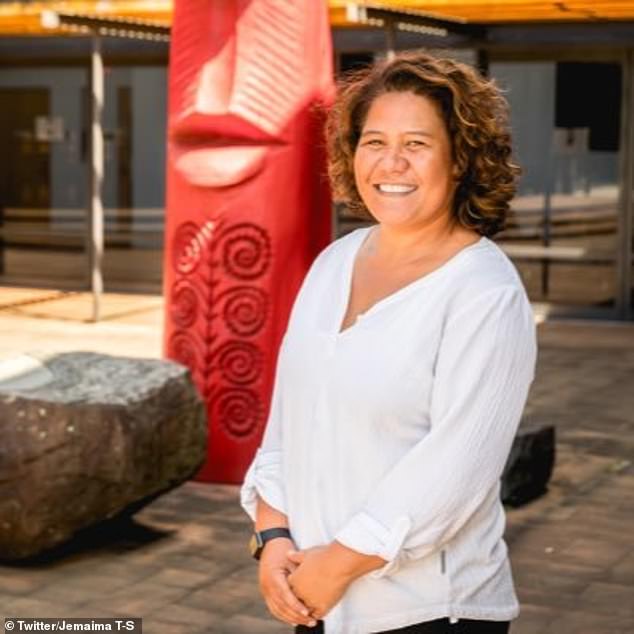 Jemaima Tiatia-Seath (pictured), from the school of Māori Studies and Pacific Studies at the University of Auckland, said Molan’s mispronunciation could not be excused as a joke. ‘To some ”it was only just a joke, don’t take yourself too seriously” but to us it’s a sign of disrespect,’ she told Daily Mail Australia

When contacted about the audio on Thursday, Molan said she had ‘no idea’ why no-one laughed, and suggested they were distracted by the busy studio.

Both Nine Entertainment, owner of 2GB, and Molan herself said she was referencing a story Brohman told on an April 5 broadcast, about a debate between father and son commentators, Ray and Chris Warren.

The pair were debating how to pronounce the name of reserve Manly forward of Tongan decent, Haumole Olakau’atu.

‘His name had about 30 letters in it and I had trouble pronouncing it so I asked Chris ‘how do you pronounce this bloke’s name?’ Brohman said.

‘He said ‘well dad and I have been discussing this today… and dad thought his name was Chuka-lala-lulu. 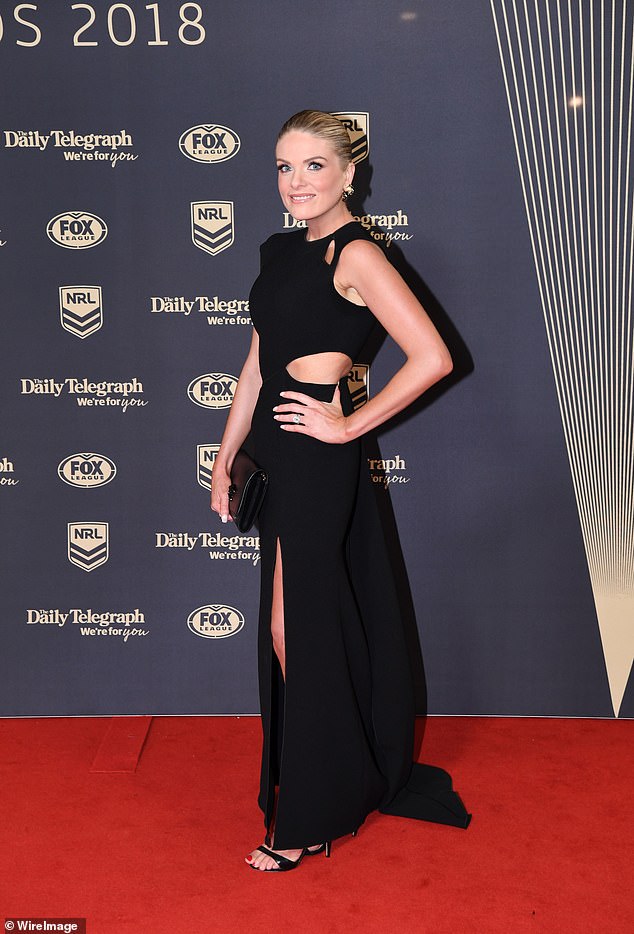 The story continued along those with the names getting increasingly complicated until Brohman suggested ‘let’s just call him Sevi’.

Brohman relayed the story in a voice that mocked the speech of both Ray and Chris Warren, which Molan said she imitated on Saturday.

He appeared to be exaggerating a serious discussion between the Warrens for comedic value and not recounting it word for word.

On Saturday, Levy said Warren would ‘run through all the pronunciations’ of players before Saturday night’s match.

Molan then interjected by twice saying ‘Dad!’ in a strange voice, before launching into the nonsensical phrase.

Nine told Daily Mail Australia any perceived racial insensitivity was a misunderstanding as Molan was just referencing a story regular listeners would be familiar with.

Forty-five per cent of NRL players have Pacific Island heritage, swelling from 30 per cent in 2011.

League players come from 116 different countries, and have family ties to 145 through their parents and grandparents. 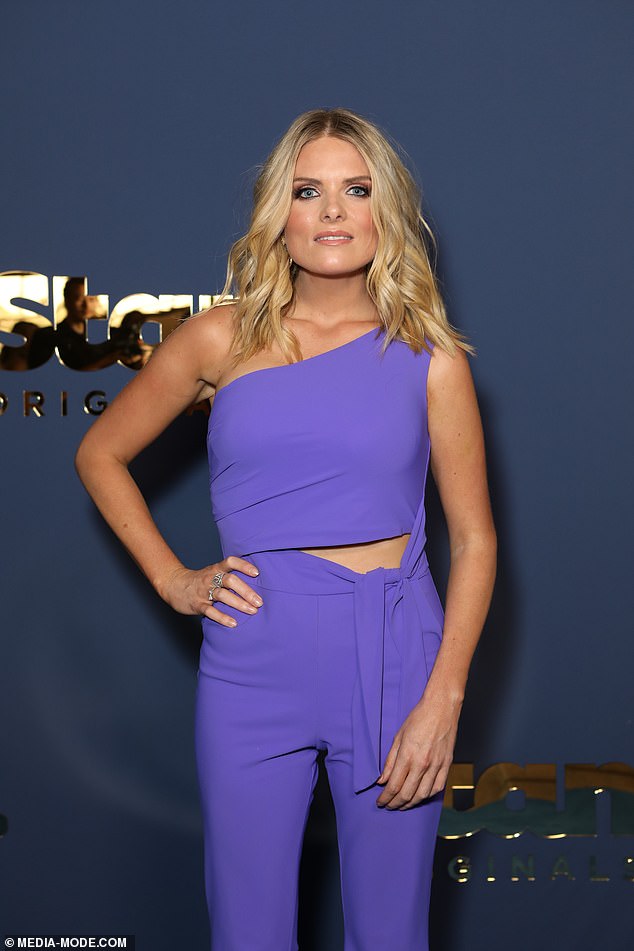 Molan said she had ‘no idea’ why no-one laughed, and suggested they were distracted by the busy studio