The huge boxes have dominated supermarket aisles for weeks – but the Easter eggs inside aren’t always so impressive.

Now researchers have revealed the bitter truth that packaging for some Easter eggs accounts for more than a third of the product’s weight.

Which? looked at ten top-selling eggs and found that, on average, packaging made up a quarter of the total.

The weight of Thorntons’ £10 classic large egg (pictured) is 36.4 per cent

Thorntons’ £10 classic large egg was the worst offender, with packaging making up 36.4 per cent of the 418g product.

Cadbury’s large Twirl Easter egg had the lowest amount of packaging – but it still made up 18.8 per cent of the weight.

Which? said manufacturers had, however, improved over the past few years when it came to recycling.

The only parts of Easter egg packaging that could not be recycled were now chocolate bar wrappers and boxes’ plastic windows. 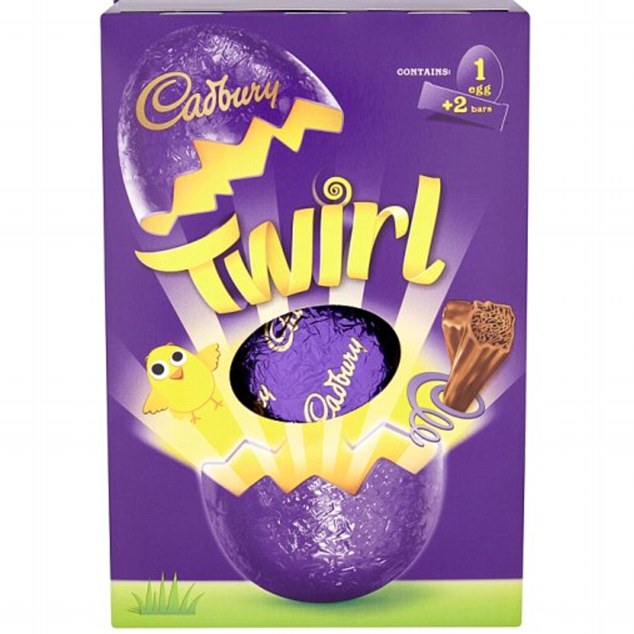 Packaging made up 18.8 per cent of Cadbury’s large Twirl Easter egg

Despite this progress, Friends of the Earth criticised firms for using ‘unnecessary’ plastic, and called on major firms such as Cadbury, Lindt and Thorntons to phase it out from their eggs by 2019.

Which? also found that disappointment doesn’t end with excessive packaging – for the chocolate inside is often more than double the price compared with buying a bar or family pack.