Washington D.C. paddlers are suing the Coast Guard for closing off parts of the Potomac River whenever Trump plays at his nearby golf course.

In the lawsuit filed on Thursday, the Canoe Cruisers Associated of Greater Washington D.C. seeks to reverse the policy that closes a two-mile stretch of the river every time the president comes to golf.

In June 2017 a section of the river was deemed a ‘permanent security zone’ when Trump visits the Sterling, Virginia golf course, cutting off river access to locals, paddlers, and the white water rafters.

Later the permanent security zone was informally amended to allow access on a case-by-case basis.

But the association is now suing the Coast Guard saying it violated federal law requiring prior notice and public comment periods before instituting new policies, according to the Washington Post.

The Canoe Cruisers Associated of Greater Washington D.C. has filed a lawsuit against the Trump administration on Thursday, a picture of Association members above 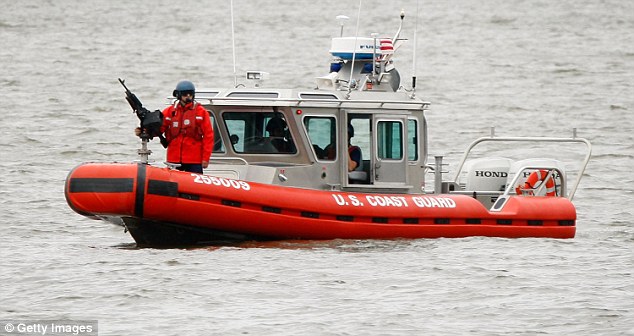 The court filing seeks to reverse a Coast Guard rule that closes parts of the river to the public when Trump golfs at his course in Sterling, Virginia

The lawsuit also says that Trump visited his golf course in 32 times from June 24, 2017 to September 8.

He often stops by on weekends and holidays, when the river is the busiest.

The Cruisers Association – which has 250 members – is being represented by Democracy Forward, a non profit that focuses on executive branch actions, in the lawsuit filed in U.S. District Court for Maryland, Southern Division. 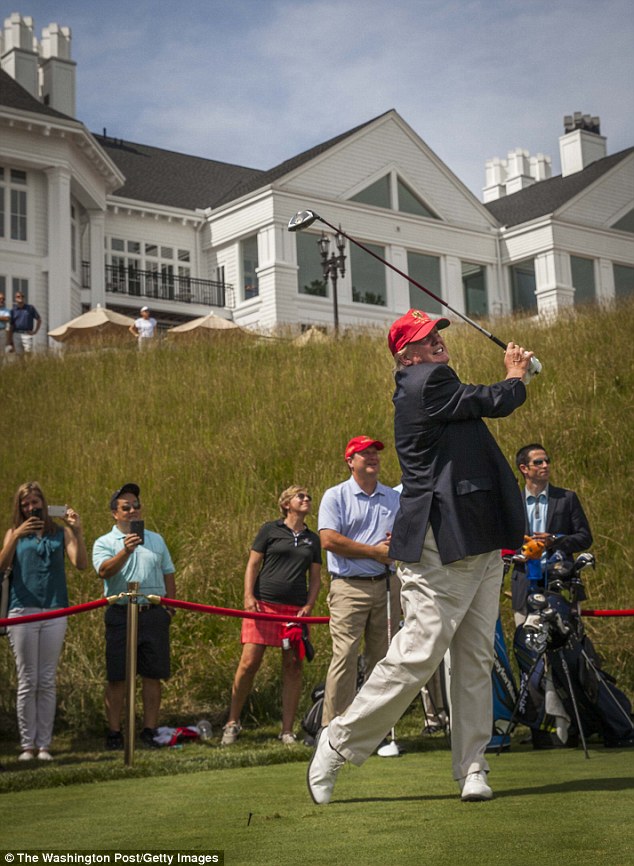 Trump stopped by his eponymous golf course in Sterling, Virginia 32 times over the past year, each time causing security to close off a part of the river to the public 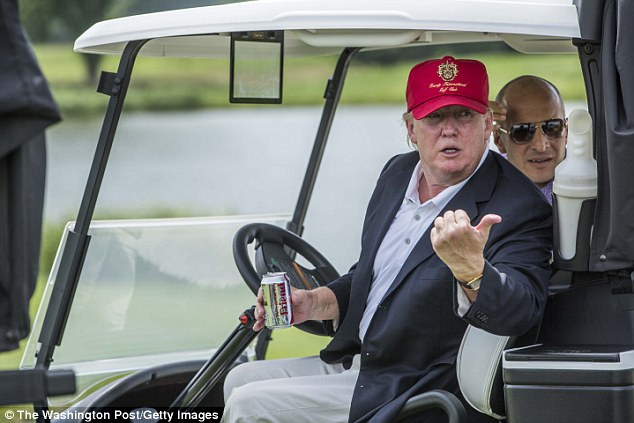 ‘It is unconscionable that public access to this important stretch of the Potomac, which serves as a training ground for generations of paddlers, is cast into doubt so the President can play golf at his whim,’ Canoe Cruisers Association Chairman Barbara Brown said in a statement.

‘The Administration needs to listen to the hundreds of river users who opposed this rule, and establish with certainty a reasonable outcome that maintains access to this treasured natural resource while addressing the legitimate security considerations for the President,’ she added.

Prior to the permanent security zone rule, there was a temporary security zone set up on the waters adjacent to the golf course, whenever Trump stopped by, months prior to his presidency.

Coast Guard spokeswoman Amy Midgett says the security zones are enforced at the behest of the U.S. Secret Service.