Padma Lakshmi has published three cook books, dating back to 1999, over her lengthy career that includes hosting the reality competition series Top Chef and the travel and food series Taste The Nation.

Now the foodie has teamed up with Caldecott Honor-winning illustrator Juana Martinez-Neal for her newest serving: the children’s book, Tomatoes For Neela.

And on Friday she slipped into promo mode for a reading and book signing at the world-famous Union Square Greenmarket, which an outdoor farmers market set up in Downtown Manhattan.

Promo mode: Padma Lakshmi, 51, headed to the world-famous Union Square Greenmarket, an outdoor farmers market set up in Downtown Manhattan, to sign copies of her new children’s book – Tomatoes For Neela on Friday

Decked out in a form-fitting white dress, the best-selling author sat behind a make-shift stand, fittingly decorated with tomatoes and plants.

Alrady a statuesque beauty at 5ft10in, the Indian native got a lift in strappy heels and her raven tresses styled long and flowing well past her shoulders with some soft waves.

She was all smiles as adoring fans lined up to say hello and get a signed book. 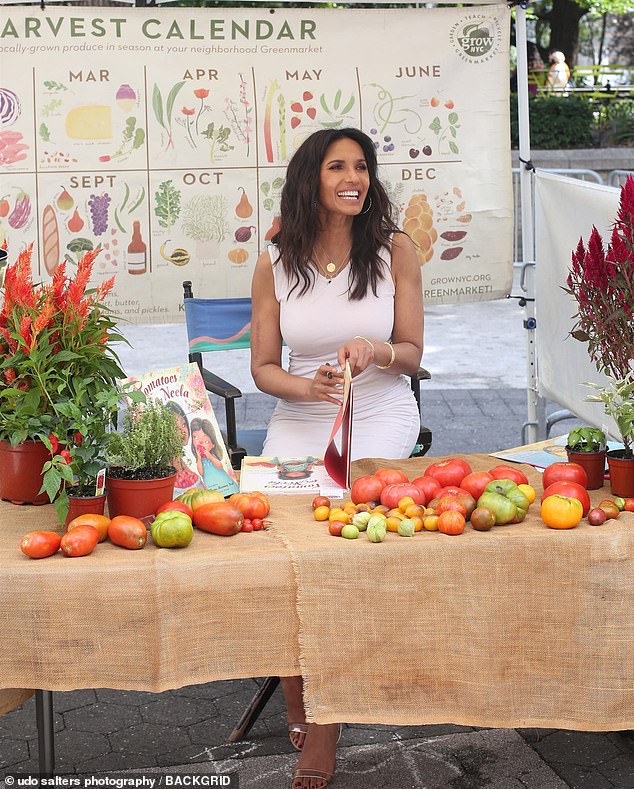 Tomatoes For Neela is a multigenerational story about the variety of ways that food connects us all together.

For the marketing of the book, she revealed: ‘Some of my fondest memories from childhood are of cooking with the women in my family. It is the foundation for all I have spent my life working on.’

In fact, the storyline was something she used to tell her daughter Krishna, now 11, when she was younger.

During an interview with Entertainment Weekly, Lakshmi revealed why she used tomatoes as part of the title.

‘I think that when I told the story to Krishna at first, it must have been in the summer,’ she began. 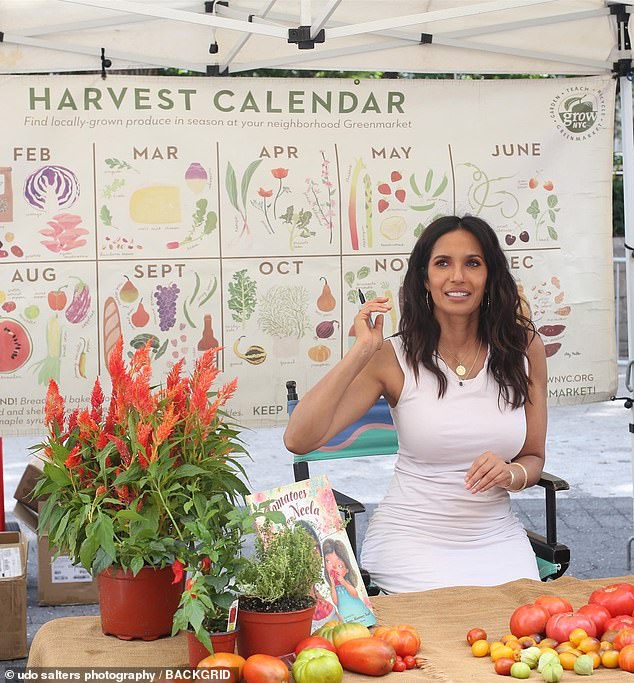 ‘I think she asked me for pomegranates and I was like, “We don’t eat pomegranates in the summer. Why are you asking me for pomegranates?” That’s kind of what spurred the story. There’s nothing to me that screams summer more than tomatoes. I think tomatoes, to me, just seem like a juicy, sexy fruit.’

The 51-year-old has been the host of the cooking competition program Top Chef since season two in 2006; the show just wrapped up its 18th season in July.

She has also hosted the Food Network series Padma’s Passport, which was part of the larger series Melting Pot in 2001.

Before her big break in television, she received accolades for her cookbook Easy Exotic, which included the Best First Book award at the 1999 Gourmand World Cookbook Awards.

She has since published two more food related books and her memoir: Love, Loss And What We Are. 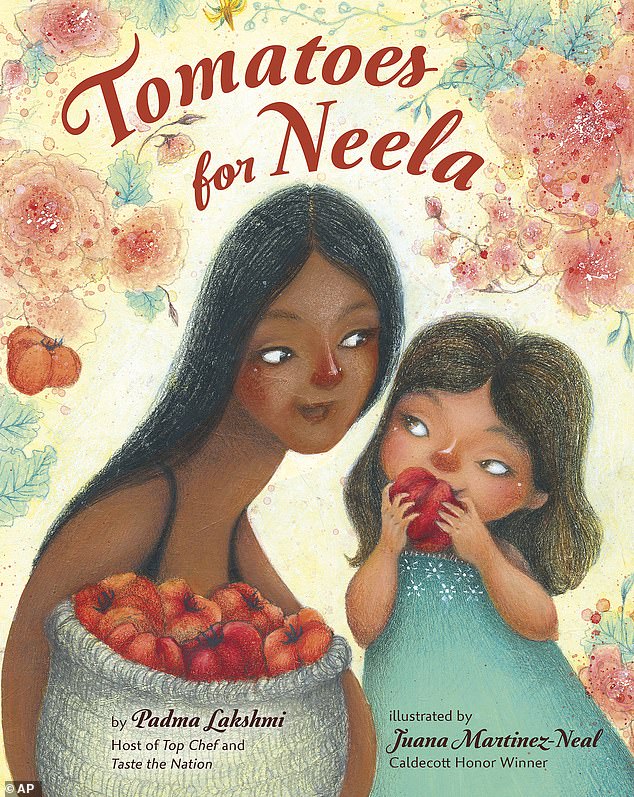 Award-winner: Lakshmi teamed up with Caldecott Honor-winning illustrator Juana Martinez-Neal for Tomatoes For Neela, which is available in hard back for $17.99 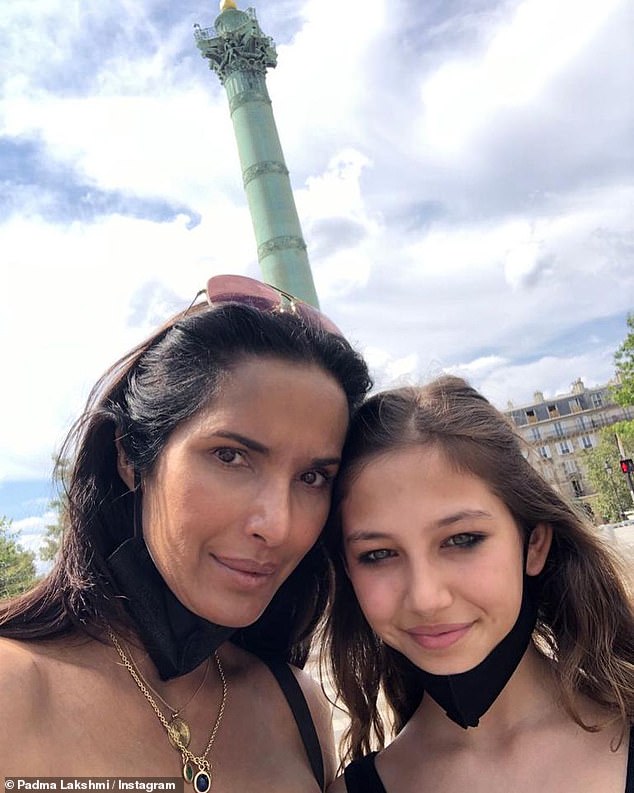 Family inspiration: Lakshmi revealed that the storyline for Tomatoes For Neela was something she used to tell her daughter Krishna, now 11, when she was younger