Dr Jonathan Bainbridge, 39, of Cardiff, persuaded a 15-year-old girl to send him explicit photos before meeting her to have sex

A paediatric hospital consultant lost his career and family after having sex with an under-age girl he met on an internet chatroom.

Dr Jonathan Bainbridge, 39, of Cardiff, persuaded the 15-year-old schoolgirl to send him an explicit video and a picture of her breasts.

But police were called after the father-of-two drove 200 miles to meet her for sex in his car.

Bainbridge was spared a jail sentence after a court heard how his chatroom addiction left him a ‘broken man’.

Social workers had to be present when his wife gave birth to their baby daughter while he was on bail.

Merthyr Tydfil Crown Court heard how Bainbridge had been secretly hooked on chatrooms since his university days.

After meeting the underage girl online, he asked her if she could send him ‘naughty’ photographs of herself.

‘The conversation became more sexualised and he asked her about the size of her breasts and whether she liked oral sex.

‘She sent him another innocuous picture and he replied saying he was hoping for a naughty one.’

The court heard the girl sent Bainbridge an explicit 10 second video clip and a picture of her naked breasts.

Bainbridge later drove from his home in Cardiff to North Wales where she was in local authority care.

The girl had asked him to promise not to ‘hurt her or take her away’ during their encounter.

Mr Griffiths said: ‘They met up, he bought her cigarettes and sexual activity took place in his car.

Police were called after the girl told her carers she had had a sexual encounter with a man in March 2017.

‘After he was arrested Bainbridge told police he believed the girl was of legal age.

‘He said: “If I’d known she was 15 I would not have gone past the first conversation.”‘

The court heard Bainbridge was not prosecuted for having sex with the girl because she told him she was 16 during their chatroom conversations. 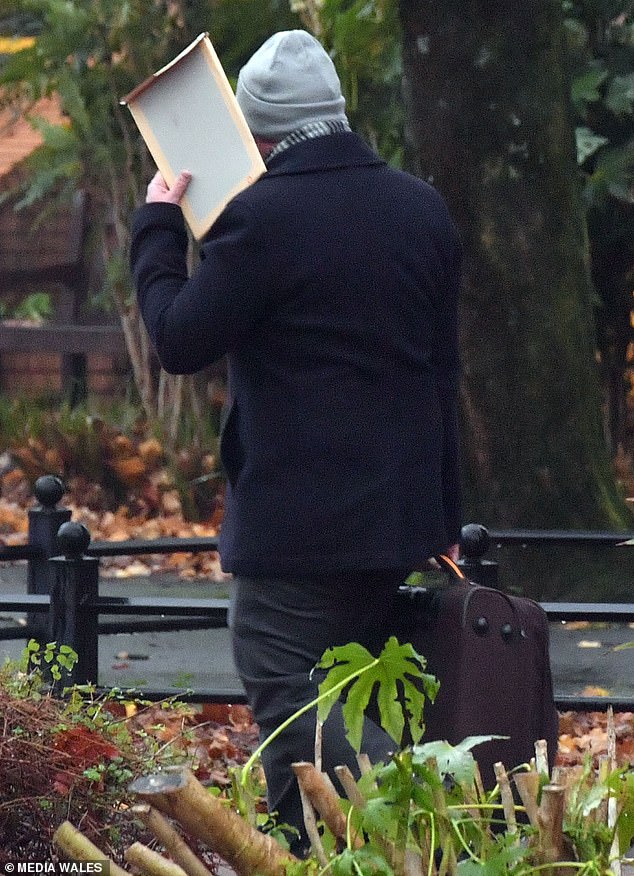 David Elias QC, defending, said: ‘He has lost a great deal, his good character and no doubt his employment.

‘He is having to sell the family home because he can’t keep up with the mortgage payments.

‘But that pales into insignificance compared to the impact this has had on his wife and two children.

‘One hesitates to use the term a broken man but he has lost a great deal.’

Mr Elias said Bainbridge had a problem with chatrooms and used them because he had difficulties in socialising.

He has been suspended by the Aneurin Bevan Health Board and faces being struck off by the General Medical Council.

Bainbridge referred himself to the GMC and is getting help from the addiction charity Living Room.

He admitted possessing a moving image and a photograph of a child under the age of 16.

Judge, the Recorder of Cardiff, Eleri Rees QC, told him: ‘You have brought catastrophic circumstances upon yourself with the loss of your employment and break up of your family.

‘It is shocking to find that someone highly respected in the medical profession and a mature man did not show greater judgement in this matter.’

Bainbridge, of Cathedral Road, Cardiff, was given an 18-month community order and told to carry out 250 hours unpaid work.

He was made the subject of a Sexual Harm Prevention Order for five years.