Alessandro Giardini, 46, a consultant at Great Ormond Street Hospital, spent seven days on a ventilator after contracting the deadly virus.

But the father-of-two, who has since recovered from the virus, is set to turn from patient to ‘super donor’ after doctors discovered his antibody level is around 40 times that of the typical plasma donation made to NHS Blood and Transplant (NHSBT) so far.

He said: ‘It was a very hard experience, not knowing if you will see your family again – I have two young children.

Alessandro Giardini, 46, a consultant at Great Ormond Street Hospital, spent seven days on a ventilator after contracting the deadly virus

‘I was aware of the convalescent plasma donation programme so I was expecting the call to come in and donate. I felt I had to give back.

‘Even though it was scary to go back into a medical environment and have a needle again, I really felt that if there was any chance I could help someone else who was still ill with COVID-19, that I needed to do it.’ 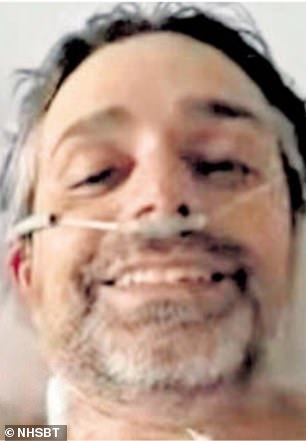 Dr Giardini has now recovered from the virus

It comes as doctors look to explore a pattern that men over 35 who have been hospitalised with coronavirus appear to make high levels of antibodies which could potentially fight the contagion.

They could play a major part in providing transfusions of blood plasma which may save lives.

NHS Blood and Transplant is now trying to recruit people over 35, men, and those ill enough to have needed hospital treatment – urging those who fall into one or more of the groups, and live near one of 23 donation centres, to donate their plasma.

A trial is ongoing looking into whether plasma – the liquid part of blood – can help people recover faster.

Experts believe antibodies made by people who have recovered can be transferred to others to fight coronavirus in the period before they are able to develop their own immune response. 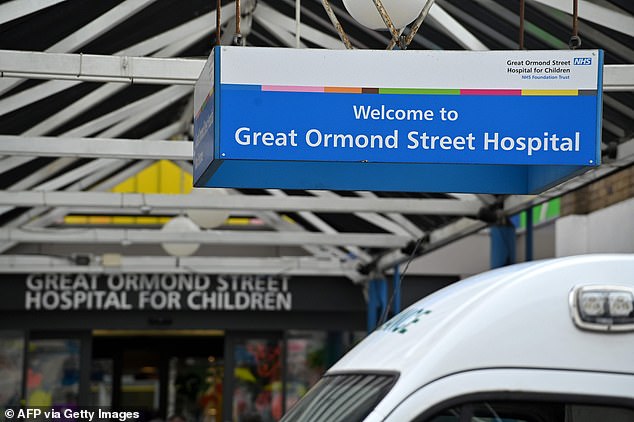 The father-of-two, who works at Great Ormond Street Hospital (pictured) in London, is set to turn from patient to ‘super donor’ after doctors discovered his antibody level is around 40 times that of the typical plasma donation made to NHSBT so far

Professor David Roberts, NHS Blood and Transplant’s associate medical director for blood donation, said: ‘These initial results are in line with past findings.

‘People who are more seriously ill produce more antibodies, which can be transfused to potentially help others.

‘The evidence so far is that men and older people are more seriously affected by coronavirus.’

So far men have been twice as likely as women to have high enough antibody levels in their plasma, with only 10 per cent of people aged under 35 having high enough levels.

Nearly a third of people who tested positive for the virus but were not hospitalised had high enough antibody levels, compared to 70 per cent of those who needed hospital treatment.