Paedophile, 24, who told teenager he wanted to get her pregnant to have sex with her BABY is jailed

Geraint Kristopher Jonson, 24, (pictured) has been given a 10-year extended sentence after being caught having sexual conversations with young girls online

A paedophile has been given a 10-year extended sentence after being caught engaging in sickening sexual conversations with girls online.

But Swansea Crown Court heard the 24-year-old does not think he has done anything wrong, and refuses to engage with any help to tackle his problem.

Ian Wright, prosecuting, said Jonson gave police officers his passwords, and they were able to access his extensive chat history on the Skype video messaging service.

The first chat log they found involved Jonson communicating with a 13-year-old girl who was traced to the Humberside Police area.

The prosecutor said the conversations started innocently – with messages about a shared interest in computer games – but then became more ‘flirtatious and sexual in nature’, with Jonson paying the young girl compliments.

The court was told that Jonson then started asking her to expose her breasts and touch them while he performed sex acts on himself, the results of which he would show her.

The court heard Jonson also talked to her about getting a hotel room so the pair of them could ‘watch movies and eat pizza’. 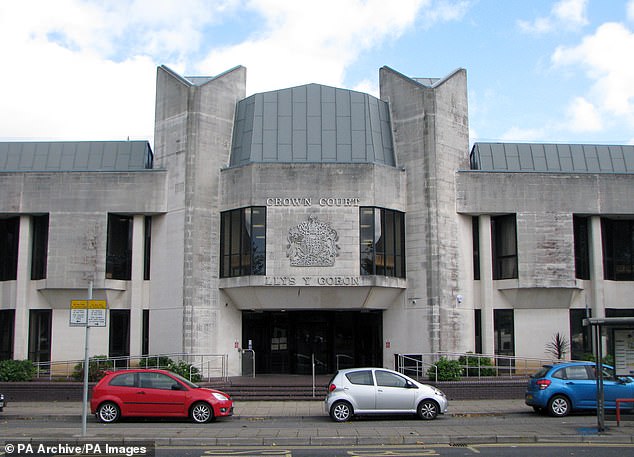 Mr Wright said the young victim had been traced and spoken to, and now realised she had been groomed and taken advantage of by Jonson – though at the time of the conversations she thought he genuinely wanted to be her boyfriend.

Police also found chat logs between Jonson and someone who appeared to be a 13-year-old girl in America.

During these conversations Jonson asked her to perform sex acts on camera, and told her he wanted to have sex with her – adding that if she got pregnant and had a daughter, he would want to have sex with the child too.

He also told her about films he had watched of the incestuous rape of a four-year-old girl by her father, the court heard.

The American victim has not been traced.

Mr Wright said the third chat log discovered by police involved what appeared to be a 10-year-old girl – though, unbeknown to Jonson, the profile was in fact being run by an adult male.

During these chats, Jonson again talked about impregnating the ‘girl’ and then abusing any daughters they may have had.

He also told the ‘girl’ he wanted sex with her while she was wearing her primary school uniform.

Aside from the chat logs, police found indecent photographs and videos of children on Jonson’s computer equipment and phone. They found a total of 39 of Category A, the most extreme kind, 51 of Category B, and 65 of Category C.

He appeared at Swansea Crown Court on Friday to be sentenced.

The court heard he had no previous convictions, though there was ‘ample evidence’ that he had been engaging in inappropriate online behaviour for some time.

John Tarrant, defending, said the pre-sentence reports into his client showed little evidence that he accepted he needed help.

Judge Geraint Walters described the case as one of the most disturbing of its kind which he had encountered, due to Jonson’s refusal to admit his actions had been wrong.

He said the pre-sentence reports into the defendant made for ‘very disturbing reading’, with a psychiatrist concluding Jonson was ‘suffering from paedophilia’ and was committed to carrying on with similar communications with young girls in the future.

Judge Walters told the defendant: ‘You have given no indication whatsoever of being in anyway remorseful. You consider there is nothing wrong with what you have been doing – let me tell you, it is very wrong.’

Jonson was given an extended 10-year sentence, comprising seven years in custody and three years on licence.

He will also be on the sex offenders’ register for the rest of his life, and will be the subject of an indefinite sexual harm prevention order.

Judge Walters said he thought the extended sentence was necessary to protect children from Jonson.