Australia’s worst paedophile priest Gerald Francis Ridsdale will likely die in prison with another three years added to his sentence.

The 83-year-old will spend a total of almost 33 years in jail in total for his unprecedented child sex crimes over three decades.

The former Catholic priest was on Thursday sentenced to 11 years jail for abusing another dozen children during the 1960s, 1970s and 1980s.

They included a 10-year-old girl who was sexually assaulted on a church altar after her own father undressed her for him, a court was told.

However, much of the new sentence will be served concurrently with his exiting 28-year prison term, adding only another three years because he is eligible for parole.

The latest dozen convictions bring his total to 161 abuses against 65 children, 60 boys and five girls, but the full number may never be known.

‘Your actions were violent and abusive. You abused your position of power and trust over each of your complainants,’ she said.

‘You knew at all times what you were doing was wrong. You knew no boundaries, on occasion offending in your church, in the confessional and in various presbyteries.’

The earliest he can be released is April 2022, and as he is in poor health after being first jailed in 1994 he will likely die before then.

Crown prosecutor Jeremy McWilliams recounted that in one particularly henious example in 1974 a 10-year-old girl was woken up by her father, while Ridsdale waited in the hallway, and driven with the priest to the church.

The court was told that Ridsdale then indecently assaulted her before saying: ‘Jesus died for our sins so we could be forgiven and if I confess to this sin I might be forgiven.’

‘Then he kissed her on the cheek,’ Mr McWilliams told the court.

Ridsdale told another of his victims that ‘it’s our little secret’, Mr McWilliams said.

‘Ridsdale told him: ‘Don’t tell your mum and dad or your dad could die’.’

Judge Lawson agreed Ridsdale’s case was the worst example of child sexual abuse ever dealt with in Victoria.

His crimes took place over such a long period of time, involved so many people and destroyed so many lives that the interests of justice demand a sentence that could properly be called unprecedented, crown prosecutor Jeremy McWilliams said.

‘It is hard to imagine a man who has had a more devastating effect on those who have had the misfortune of coming into contact with him,’ he told the Victorian County Court in the trial.

‘It must be among the worst offending these courts have had the misfortune to deal with. 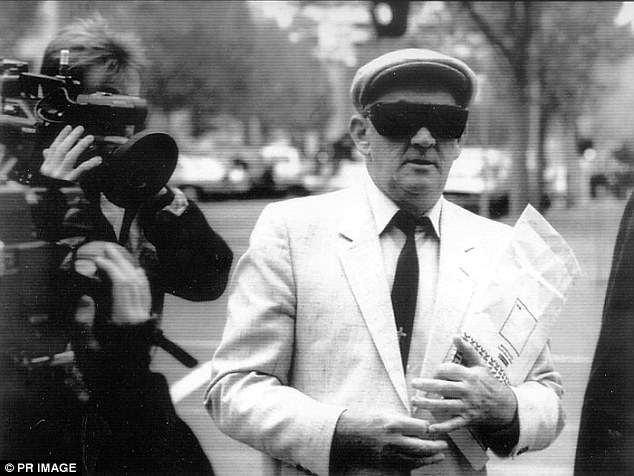 Ridsdale used his position as a parish priest to befriend the children and their devout Catholic families in parishes in western Victoria, telling some of his victims ‘it’s our little secret’ and one that ‘it’s part of God’s work’.

The former Catholic priest has been in jail since 1994, serving an effective total sentence of 28 years with a 25-year non-parole period for similar offences.

Mr Marsh said Ridsdale was now an old man and as the sentencing purpose of protecting the community has been achieved, the judge could and should go no further.

‘At some point the court will need to say this man has served enough time in prison,’ he said. 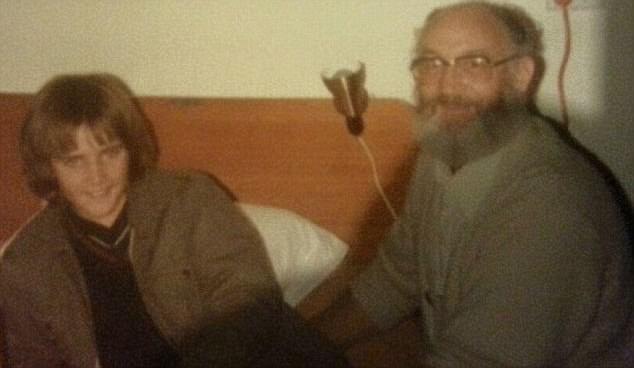 ‘In my submission, that time is now.’

Mr Marsh said Ridsdale was already subject to a crushing sentence, although Judge Lawson questioned why the fresh charges did not also justify such a sentence.

‘We are dealing with the worst possible scenario of this sort of offending over decades,’ Judge Lawson said.

The court heard there was no comparable case and Ridsdale has effectively become his own sentencing tariff, through his previous three County Court sentences.

‘His own history informs the sentencing process,’ Mr Marsh said.