Paedophile is sentenced to chemical castration after raping girl, 12, in school toilet in Kazakhstan

A paedophile has been sentenced to chemical castration and 25 years in prison after raping a 12-year-old girl in a school toilet in Kazakhstan.

The schoolgirl, who has not been named to protect her identity, went to use an outside lavatory during classes in the southern city of Taraz in November last year.

When she entered the lavatory located in the school’s backyard, she was attacked and sexually assaulted by a 38-year-old man.

According to reports, the sexual predator, who was named as Valiev during court hearings, entered the school’s territory one hour before the attack.

The rapist, identified only as Valiev, 38, was captured on CCTV stalking around in the school grounds around an hour before the attack 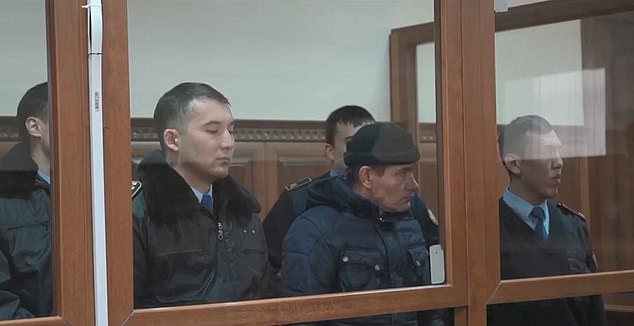 Valiev (the man in the black winter hat) sits in the dock during his sentencing hearing on Friday. He was sentenced to 25 years imprisonment and will undergo chemical neutering 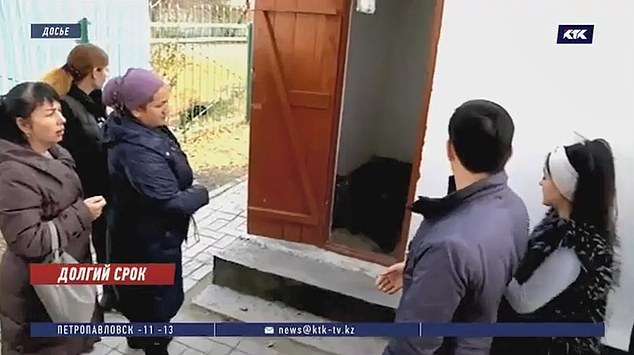 The horrific crime scene, the toilet in the school’s backyard where the rapist waited for the helpless 12-year-old

During this hour, he ‘was wandering and cruising around the educational institution unnoticed by the security guards as he was hunting for a victim’, police reports said.

Valiev was caught by numerous CCTV cameras while walking among the schoolchildren but no one approached him and asked to leave.

Rakhia Turmaganbetova, the head of the regional educational authorities said: ‘It is outrageous that no one paid any attention to the CCTV cameras when he [Valiev] was walking around children!’

During a police investigation, school authorities told detectives that ‘the person who had to monitor the cameras was absent at the moment of the attack’.

Valiev was caught by cops in two hours after the crime. The victim confirmed that he was the man who assaulted her. 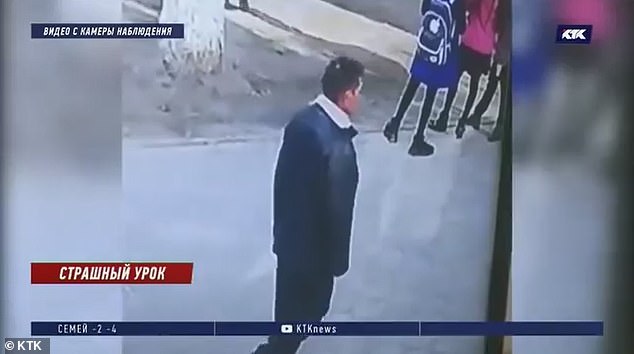 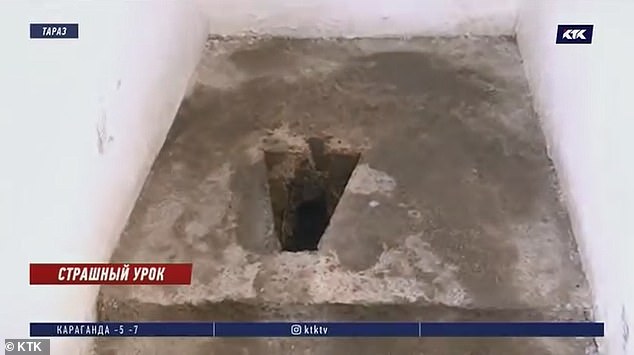 Police spokeswoman Gulsara Mukhtarkulova said: ‘The victim confirmed Valiev is the man who sexually assaulted her. He was previously convicted for rape.’

On January 24, Valiev was sentenced to 25 years in prison. He also is going to undergo chemical castration according to new Kazakh laws for convicted paedophiles.

The judge Kenzhegali Kenzhebekov said during the trial: ‘According to psychiatric examinations Valiev is not only a paedophile but also a drug and alcohol addict.

‘The court ruled that Valiev is going to be forcibly treated for alcoholism, drug addiction and is going to undergo a chemical castration in prison.’

Kazakh President Kassym-Jomart Tokayev branded the assault as ‘a disgrace’ and demanded more surveillance cameras to be installed in schools and nurseries.

The president said: ‘To prevent further cases of violence against children it is needed to install CCTV cameras in every school and nursery during this year. All educational facilities for children should be equipped with cameras and proper restrooms. What happened in Taraz is a disgrace’.