Paedophile raped girlfriend’s daughter, 2, and muzzled her to stop her from screaming

A vile paedophile who filmed himself sexually assaulting his girlfriend’s two-year-old daughter while she was still in nappies and muzzled her to stop her screaming has been jailed for 19 years.

Sentencing for the Queensland child rapist was earlier delayed because the judge was so shaken by video of the assaults she needed a break to ensure a fair sentence.

Mizner had pleaded guilty to more than 60 child sex offences relating to a two-year-old girl, from the early 2000s, including more than 30 counts of rape and videotaping the assaults.

The yoga teacher from the Gold Coast was only caught when he went to Thailand  and left a bag of his possessions at home – which the girl’s mother found.

Contained inside the bag were the recordings, handwritten notes detailing how to exploit children and a folder giving the names of children – including the victim.

The bag also contained names of single mothers and their addresses as well as plans to organise a child-exploitation ring, the court heard.

The judge told the court the recordings also showed the baby screaming, and that when Mizner could not calm the baby down he would muzzle her.

Mizner had then started a relationship with another woman in Thailand – whose baby daughter he also started sexually assaulting, the Courier Mail reports.

He has already spent 11 years in a Thai jail for the unrelated child sex offences.

The 44-year-old will be eligible for parole after serving 15 years of his latest sentence.

Sentencing on Friday, District Court Judge Leanne Clare said there was no evidence Mizner had shown remorse for what he had done.

She said: ‘It was (the girl’s mother) who found the recordings. That content would be excruciating for most people. 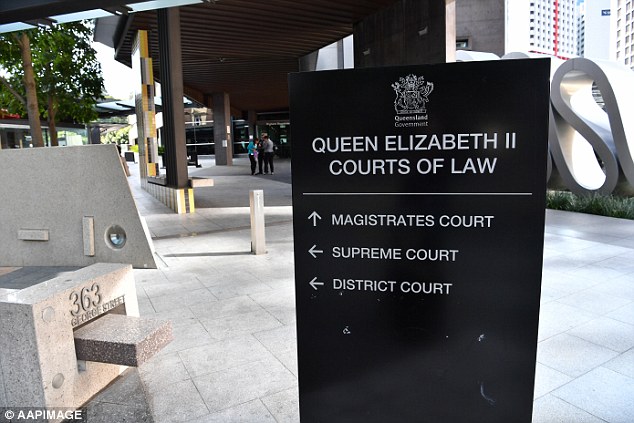 ‘I only watched a portion and it has been a battle to get the vision of your offending out of my head. I cannot imagine the horror of it for (the girl’s) mother.

Judge Clare said her struggle to cope with the footage came despite 30 years of experience dealing with extreme cases of child abuse.

Mizner must serve at least 15 years of his 19-year sentence, making him eligible for parole in 2031.

In an earlier hearing at Brisbane District Court on Tuesday, Justice Clare said she had viewed a portion of one of the tapes and found it ‘very confronting’.

‘I think it would be best to put some distance between the viewing of that tape and the delivery of the judgment so that it does not overwhelm the sentence,’ Justice Clare said, adjourning proceedings until Friday.

The prosecution wanted the 44-year-old jailed for life.

Mizner’s lawyers argued his years in prison in Thailand for a separate sexual assault of another young child there should be taken into account, because of the abuse he suffered at the hands of other inmates while incarcerated.

‘He received beatings and other torture, partly in relation to (the Australian) offending,’ Mizner’s lawyer said.

‘The Australian Federal Police gave evidence at the (Thai) hearing about the Australian offending, so it’s not much of a stretch that inmates in Thailand would have known.’

Justice Clare disputed that just because Mizner had a difficult time in a Thai jail did not mean he should have his potential sentence reduced.

‘The report outlines deprivations and abuses that your client has described, but to say he’s been tortured for 11 years is an overstatement of the material, frankly,’ Justice Clare said. 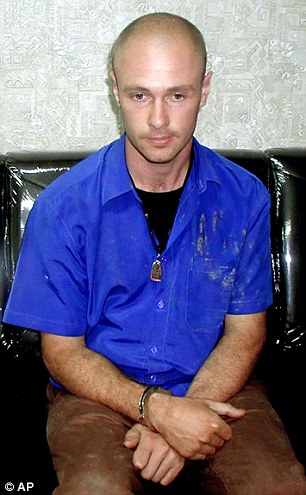 Mizner (pictured) had pleaded guilty to more than 60 child sex offences relating to a two-year-old girl, from the early 2000s, including more than 30 counts of rape and videotaping the assaults

The court was told Mizner, who was 31 at the time of the assaults, formed a relationship with the Australian girl’s mother, before committing the offences over a number of months.

While he was on a holiday in Thailand, the girl’s mother found videos he had made and a range of other unrelated child exploitation material.

Mizner stayed in Thailand, where he formed a relationship with a local woman before assaulting her young daughter and being arrested by Thai authorities.

He served 11 years of a 35-year sentence and was deported when released on bail last year, with Australian authorities arresting him when he returned to Brisbane.

It’s the second time sentencing has been delayed, after a delay in September, when a doctor preparing a psychological report for the court suffered a heart attack.