Gary Glitter, was jeered off stage to the chant of ‘off! off! off!’ in HMP Verne in Dorset, where he is serving 16 years for sex offences.

Glitter, real name Paul Gadd, reportedly sang Another Rock ‘N’ Roll Christmas and I Love, You Love, Me Love in a tin foil suit meant to emulate his 70s heyday.

But instead, a source told the Daily Star that the 74-year-old looked less like a star and more like ‘a pensioner in a safety blanket’.

Glitter, real name Paul Gadd, reportedly sang Another Rock ‘N’ Roll Christmas and I Love, You Love, Me Love in a tin foil suit at HMP The Verne, a Category C prison in Dorset

The paedophile singer needed consoled by fellow inmates in the specialist sex offender jail when he was ushered off stage in tears.

A source told the paper that Gadd had rehearsed for three weeks for his performance in HMP The Verne, a Category C prison on the Isle of Portland, Dorset.

One source said the one time star took the performance ‘incredibly seriously’.

‘Gadd seemed to think he was back on Top of The Pops.

‘It started badly when the music wouldn’t play. Then he had to stop halfway through and drink some water,’ they said.

Adding: ‘After the second song things seemed to improve, but the audience found the whole thing a bit too pretentious. 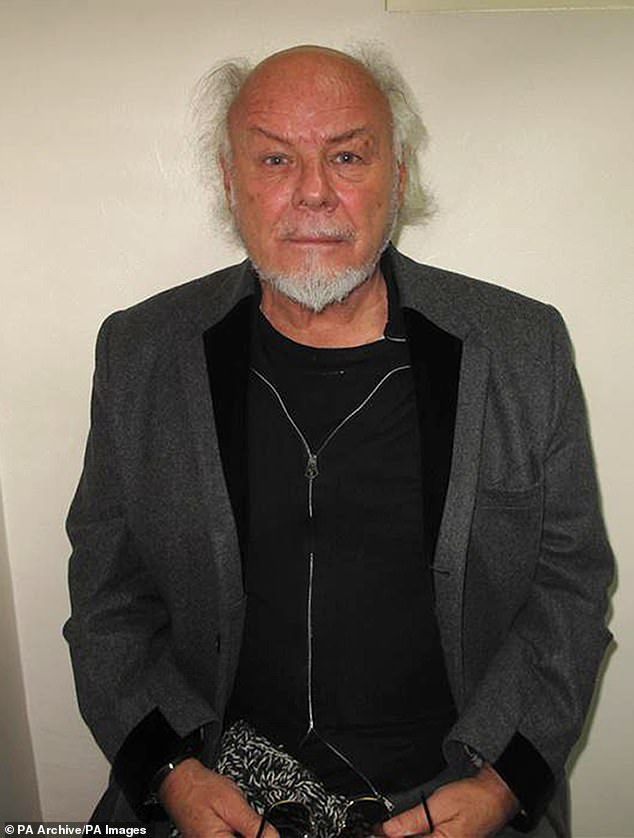 ‘Rather than looking like a pop star he looked liked a pensioner wrapped in a safety blanket, singing out of tune to a 70s record. It was a bit surreal.’

The source told the paper that there was never any chance of the crowd getting out of hand while they shouted Glitter off the stage.

HMP The Verne is an all-sex offender jail with tea making facilities in each cell as well as reportedly having a pond with koi carp and a farm where convicts can grow flowers and look after ducks.

The former rocker was jailed for 16 years last year for sexually abusing three young girls between 1975 and 1980, having also served time in 2006 for molesting girls in Vietnam. 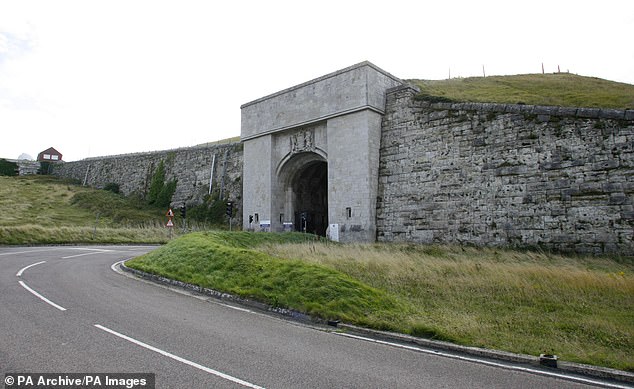 He was first jailed in 1999 after he was caught with images of child abuse. After he was released he went to Spain and Cuba.

In 2015 Glitter was found guilty of one count of attempted rape, one of unlawful sexual intercourse with a girl under 13 and four counts of indecent assault at a hearing in London.

During the trial, the court heard how Glitter tried to rape an eight-year-old girl while at the height of his fame and popularity in 1975.

Two years later, he lured a ‘besotted’ fan to the Holiday Inn in Leicester where he subjected her to a night of sexual abuse. 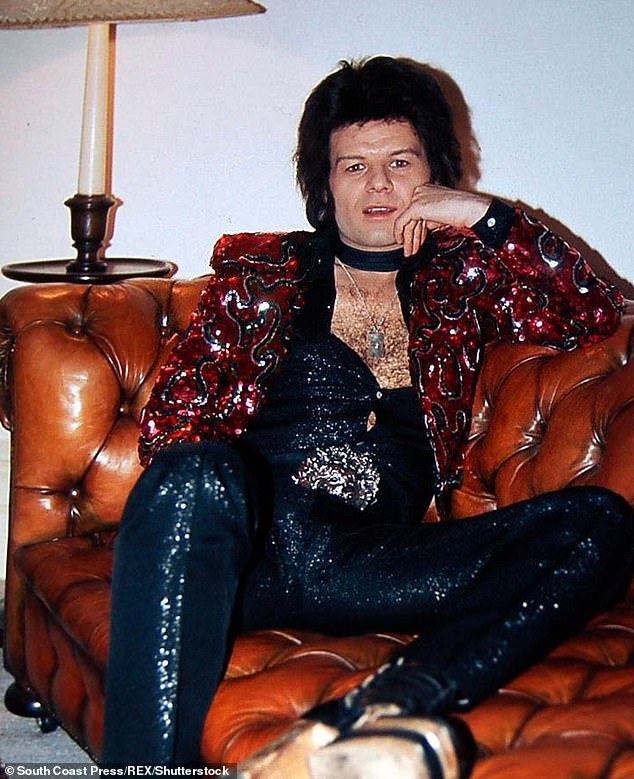 Gadd in 1972. The former singer was the first person to be arrested under Operation Yewtree

He then attacked a second young fan, aged 13, after meeting her at a Watford nightclub.

His downfall came in 1997 when he was caught with 4,000 sickening images of children being sexually abused on his laptop.

He fled abroad but was thrown out of Cambodia for suspected child abuse in 2002 after three years living in the country.

He was later jailed for three years in Vietnam for abusing two girls aged just 10 and 11.

The singer later became the first person to be arrested – and the fifth suspect charged – under Operation Yewtree, the investigation launched by the Metropolitan Police in the wake of the Jimmy Savile scandal.

Banbury-born Glitter had his first UK number one hit with I’m the Leader of the Gang (I Am) in 1973.

Between 1972 and 1975, Glitter scored 11 consecutive Top Ten singles and 1984 single ‘Another Rock n’ Roll Christmas’ became one of the most played Christmas hits of all time.