Victims of a paedophile teacher granted Legal Aid to fund his appeal have been outraged to learn he reportedly gave away his share in a Sydney harbourside unit days prior to being convicted.

He was later jailed for 18 years with a minimum term of 11 years but has since lodged an appeal­ in the NSW Court of Criminal Appeal.

Documents show that a week prior to being found guilty in September 2016, Futcher transferred his $562,500 share of a harbourside unit in Drummoyne to his brother Geoffrey, The Daily Telegraph reported.

The news has infuriated Futcher’s victims, along with reports taxpayers are footing the bill for the appeal after he was granted Legal Aid.

One victim described the claims as ‘disgusting’ and accused Futcher of hiding his wealth.

‘You shouldn’t be allowed­ to move your assets so close to being convicted and then be able to claim Legal Aid,’ Rob Anderson, now 55, told The Daily Telegraph.

Futcher’s brother Geoffery told the publication his brother had given him the unit.

‘(Neil) hasn’t got half a million­ dollars in the bank,’ Mr Futcher said.

‘He’s got nothing. Anyone can sell or give half their unit to anyone at any time. He got no cash from me.’ 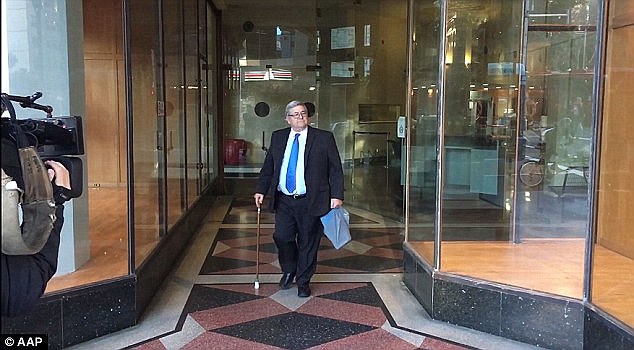 Futcher was 27 when he first abused a boy, aged 11, while he was a sixth-class teacher at the Trinity Grammar School campus at Strathfield.

Later, after leaving teaching, Futcher worked as a swimming coach and targeted boys he was meant to be training for national competitions.

Between January 1974 and December 1981 he sexually abused six boys, often grooming victims and befriending their parents before taking the boys on unofficial camps and holidays.

He also lured boys to his Sydney unit after playing squash, offering them showers.

In one instance, he took photographs of a boy performing oral sex on him and used it to blackmail him into complying with further abuse. 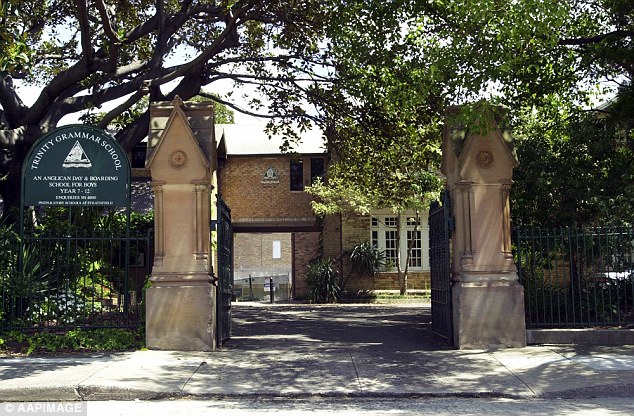 Futcher was 27 when he first abused a boy, aged 11, while teaching at Trinity Grammar School (pictured)

Even after being found guilty, Futcher maintained his innocence, claiming his victims colluded against him so they could sue the organisations he worked for.

At his January 2017 sentencing, Sydney District Court Judge Jennie Girdham found Futcher had no remorse or contrition for the years of sickening abuse and poor prospects for rehabilitation.

She also stressed he would be spending longer in jail if the offending was more recent.

‘In the 40 years since the commission of the first offence the law relating to sexual offending has altered dramatically,’ Judge Girdham said.