Common painkillers used to treat flu could land drivers with an unlimited fine, one-year ban and up to six months in prison.

Medications available over-the-counter or on prescription can cause drowsiness and affect people’s ability to drive.

Examples include the analgesic codeine, which also carries side effects such as dizziness and impaired healing, which can further affect drivers’ performances behind the wheel.

Codeine is an active ingredient in popular painkiller brands including Nurofen Plus, Migraleve, Syndol, Solpadeine and Boots brand tablets.

Drug-drive laws state that people with more than 80 micrograms of codeine per litre of blood in their systems are eligible for a penalty. Such levels could be met with frequent painkiller use.

As well as banning illegal drugs while driving, the legislation also restricts the use of eight lawful medications.

Medications to avoid when driving

The Government advises people consult their doctor about whether they should drive if they are taking the following medications:

At the time of the drug-drive law change, Transport minister Paul Maynard said: ‘Our tough approach has taken dangerous drivers off our roads and is stopping other crimes taking place.

‘With higher prosecutions and convictions, we are delivering on our clear message that if you take drugs and drive, you will face the consequences.’

Even without taking any medications, suffering flu-like symptoms, such as a sudden fever and aching body, alone are enough to land drivers with a ban. 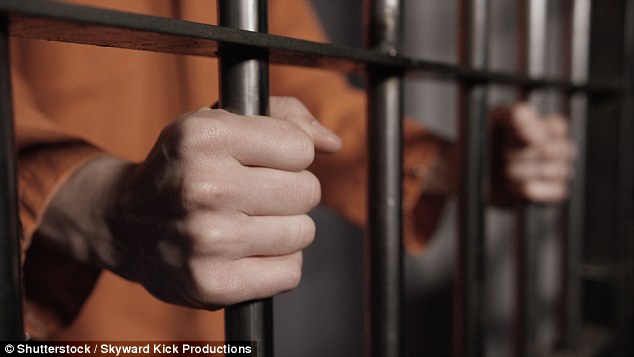 HOW MUCH CODEINE CAN A PERSON TAKE AND STILL BE ABLE TO DRIVE?

Drug-drive laws state that people with more than 80 micrograms of codeine per litre of blood in their systems are eligible for a penalty.

How much codeine is in popular painkiller brands?

The amount of each medication people can take before breaking drug-drive legislations varies according to the individual.

This is due to laws working on a codeine per litre of blood basis.

Drug levels per litre of blood vary according to factors such as an individual’s tolerance, gender, weight and muscle amount, as well as if they are taking any other treatments.

Manufacturers therefore advise people follow the instructions on medications’ labels and do not drive if they feel dizzy, sleepy, or unable to concentrate or make decisions.

This comes after research released in November last years suggested the zombie-drug ‘spice’ makes users significantly slower and unable to focus within just one hour.

Even at considerably lower doses than those taken recreationally, the controversial ‘fake cannabis’ and former ‘legal high’ makes people feel intoxicated within just 60 minutes and tired 12 hours later, the research adds, which was the first to investigate the drug’s behavioural effects in humans.

Although the study’s safety results were strong, with only fatigue and headache being reported, experts warn the dose used was exceptionally low.

Ian Hamilton, a cannabis researcher at York University, told MailOnline: ‘The low dose used in this study is unlikely to represent the dose most people are exposed to.

‘The results in this study confirm the behavioural impairments caused by spice which have become very visible in our High Streets and city centres.’

Spice, which is up to four times more potent than cannabis, was available in the UK as a ‘legal high’ less than two years ago.

Although now prohibited, the drug, which can cause anxiety, vomiting, a rapid heart rate and even seizures, is wreaking havoc on Britain’s High Streets, as well as in its prisons.