Feim Vata, 32, and Xhemal Baco, 24,  arranged to pick up at least six Afghan refugees on the French coastline before making the 25-mile journey across the Channel under the cover of darkness.

The passengers were not wearing any life-jackets and were using empty plastic bottles to bale out sea water from the dangerously overloaded boat. 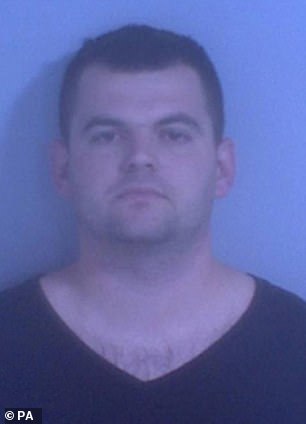 Feim Vata, 32, left, and Xhemal Baco, 24, right, were today jailed for eight years after arranging to smuggle a group of Afghan migrants in a small overloaded boats across the English Channel from France – using the cover of darkness to avoid detection

Investigators believe the pair made the perilous trip, which was described as ‘extremely risky’, at least three times.

Each time, the gang would abandon the inflatable boat on the beach after completing the crossing, buying a new vessel for each attempt.

The boat did not have any navigation equipment. Once on the beach, the pair planed to load the migrants into the back of a van.

Experts claimed that crossing one of the world’s busiest shipping lanes in this manner is akin to walking across the M25 at rush hour.

Both men admitted a charge of conspiracy to assist unlawful immigration and were jailed for eight years each.

A spokesman for South East Regional Organised Crime Unit said: ‘The SEROCU investigation had uncovered that the men were transporting illegal migrants from France in small inflatable boats, travelling across the English Channel at night onto the beaches close to Deal, Kent.

‘It is suspected that Baco and Vata completed the trip at least three time and whenever they had cause to abandon the boat, they would simply purchase a new one with cash and using false names.

‘On the October 20 2018, Baco picked up six Albanian illegal migrants in France, with Baco driving the small inflatable boat across the English Channel. Upon arrival to the shore close to Deal, Kent, Baco hid the boat in some bushes and he and the illegal migrants entered a vehicle driven by Vata, before they were arrested by officers.’

Detective Inspector Clair Trueman said: ‘This was a large scale operation, involving a number of agencies both here in the UK and aboard. 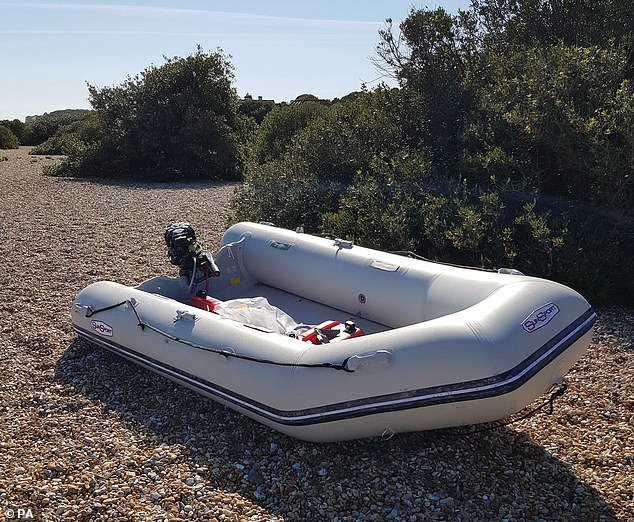 Vata and Baco used this boat, pictured, to smuggle at least six Afghans across the Channel 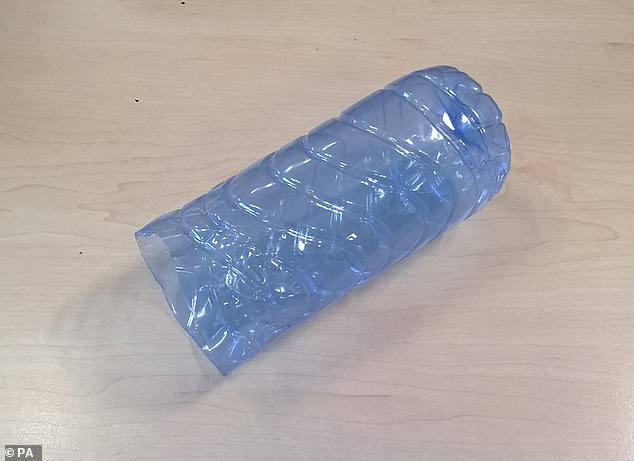 ‘We are pleased with today’s sentence and the guilty pleas by the men, which shows the quality of evidence that was put forward could not be refuted. Whilst I am pleased that these men are now behind bars, it is amazing that no-one died during the extremely risky process.

‘When the men and the illegal migrants were arrested, we found them cold and wet, they had travelled in an overloaded inflatable boat with no life vests or navigation equipment and across a busy shipping lane in total darkness.

‘Experts told us that attempting to cross the channel in a boat the size Baco and Vata did, is like trying to cross the M25 at its busiest time on foot. They also told us that the boat was extremely unsuitable and overloaded. The boat Baco and Vata used is not designed to cross the channel, they used empty water bottles for bailing the water out which was found with the boat. It was reckless to even attempt such a crossing and everyone is extremely lucky to have survived.’

Vata and Baco, both from Slough, Berkshire admitted one count of conspiracy to assist unlawful immigration to a member state.

Their conviction follows months of investigation led by SEROCU who were assisted by Kent Police, the National Crime Agency, UK Border Force, French Police, French Navy, National Maritime Information Centre, Immigration Enforcement and Thames Valley Police which resulted in the arrests of the men on 20 October in a pre-planned operation.