By Afp and Alice Cachia For Mailonline

Khan, 67, made the hugely controversial comment in parliament when describing the troubled history between Pakistan and the US.

American special forces killed bin Laden – the leader behind the 9/11 terror attacks – on May 2, 2011 in the northern city of Abbottabad.

The Pakistani Prime Minister Imran Khan, 67, Khan, 67, made the hugely controversial comment in parliament when describing the troubled history between his country and the US

Martyrs are greatly respected in Islam, and the term is generally used only for people who die or are killed while actively serving the religion.

The prime minister was swiftly slammed by opposition figures and observers following the televised speech.

‘Muslims all over the world are struggling because of the discrimination they face due to recent terrorism & our PM makes it worse by calling obl a martyr of Islam!’ Meena Gabeena, a Pakistani activist, said on Twitter.

Pakistan has always denied having knowledge that bin Laden was hiding in the country until he was shot dead in the night-time raid on May 2, 2011.

The 9/11 leader was tracked down after a 10-year manhunt to Abbottabad, a garrison town north of Islamabad where Pakistan’s military academy is headquartered, sparking allegations authorities were colluding with the terror group.

His compound was stormed under cover of darkness after a decade of work by multiple U.S. military intelligence agencies who had pinpointed a concrete location. 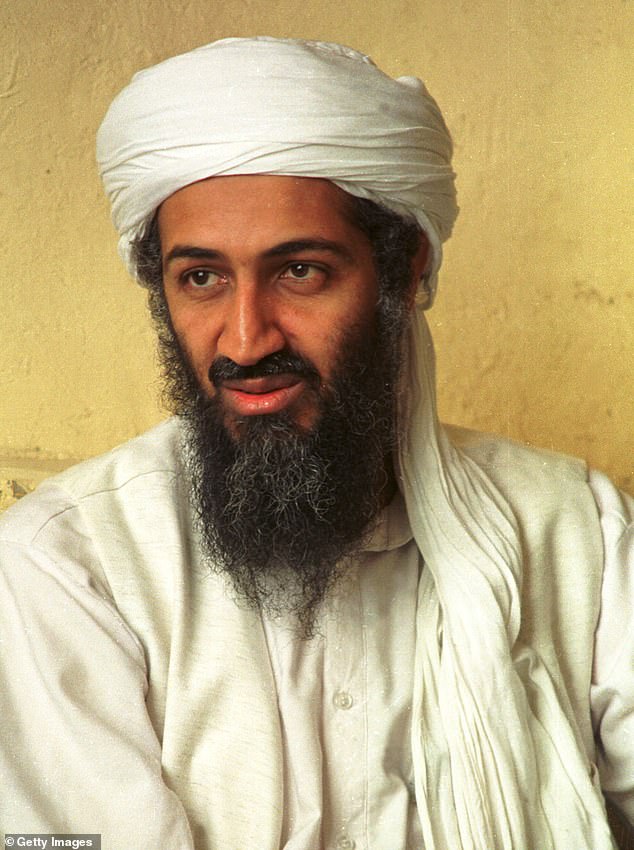 Pakistan has always denied having knowledge that bin Laden was hiding in the country until he was shot dead in a night-time raid on May 2, 2011

Asad Durrani, a former spymaster, told Al Jazeera in 2015 that Pakistan’s powerful Inter-Services Intelligence (ISI) agency likely knew where bin Laden was hiding and hoped to use him as a bargaining chip.

The incident was a major national embarrassment and caused already-tenuous ties between the US and Pakistan to fray further.

Khan has made repeated controversial statements over the years, including during a trip to the US in 2019 when he claimed the ISI provided Washington with a lead that helped them find and kill bin Laden.

The cricketer-turned Prime Minister has long been criticised by opponents for overly sympathising with militants, with rivals once dubbing him ‘Taliban Khan’.

Al-Qaeda’s September 11, 2001 attacks were the largest terrorist loss of life on U.S. soil, claiming the lives of 2,977 victims and sparking the U.S. intervention in Iraq and Afghanistan.