The role reversal of what was expected in this first Test is near complete. It is Pakistan who have looked totally at home in early season Lord’s conditions while England on Friday inexplicably lurched to a state of near shambles.

It was bad enough to see England implode yet again with the bat on the first day with a lack of basic application and discipline that should be a given in conditions and on a ground they know so well.

But it defied belief on Friday to see them struggle to make any impression with the ball on an inexperienced Pakistan and, worse of all, miss no fewer than five catches as they tumbled towards what would be a hugely damaging defeat. 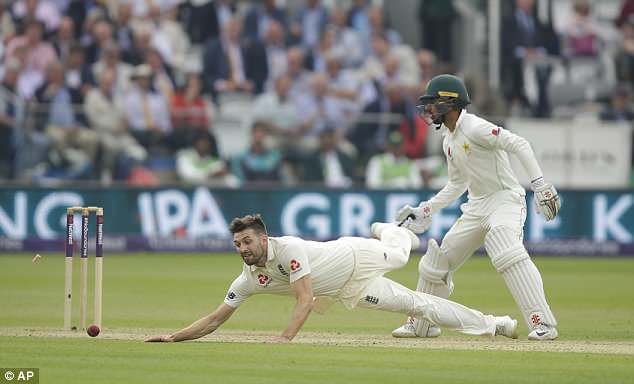 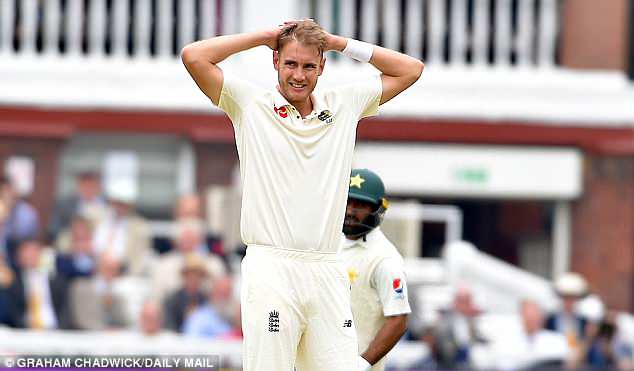 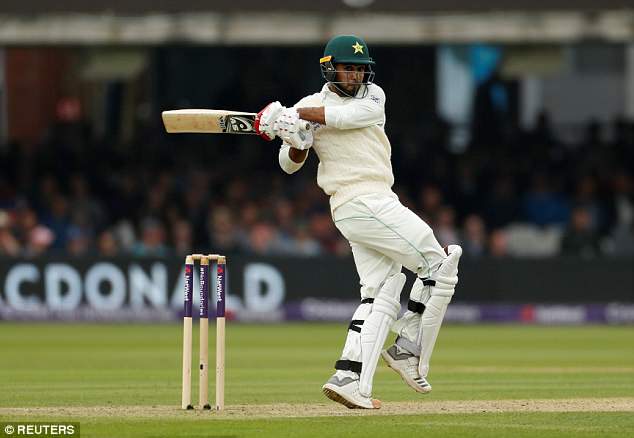 At the close of the second day Pakistan, who stand at a lowly seventh in the world rankings, stand on 350 for eight and a lead of 166 that looks not only formidable but quite probably match-deciding. It is no more than they deserve.

If Pakistan can convert that into a famous victory and inflict on England their sixth defeat in their last eight Tests then captain Joe Root and coach Trevor Bayliss will have significant questions to answer.

The only good news is that Ben Stokes was back to something like his all-action best here after struggling with both rhythm and injury since returning to the England side in New Zealand after his enforced absence from the Ashes.

The bad is that it was not enough to inspire a surprisingly flat and insipid England to take the upper hand in an opening Test which has so far been a triumph for Pakistan and their South African coach Mickey Arthur.

One of these sides has produced a model demonstration of how to play good, sensible Test cricket in early season English conditions while the other have been outplayed and out-thought in all three disciplines.

And it will be hugely worrying for Root that it is a raw and under-rated Pakistan who have led the way with bat, ball and in the field while England have looked like a team lacking focus and that promised intensity.

Conditions remained perfect for traditional English seam or swing but Pakistan had the technique and temperament to cope with almost everything England could throw at them until Stokes became their enforcer. 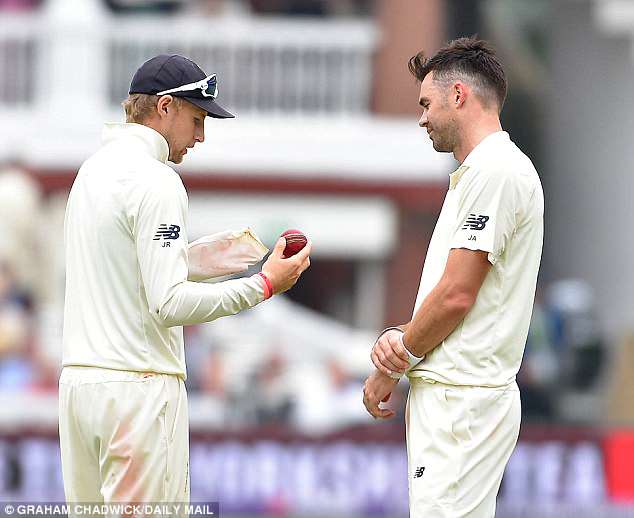 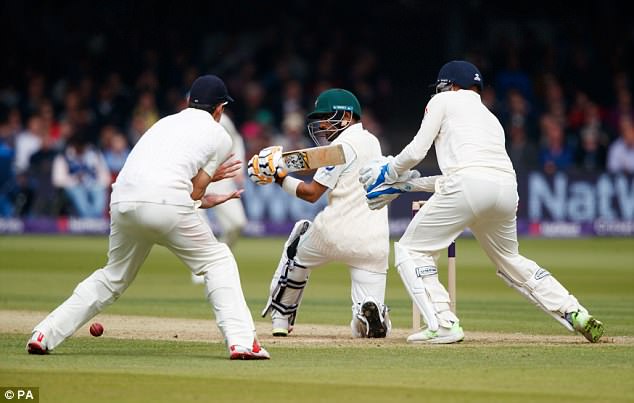 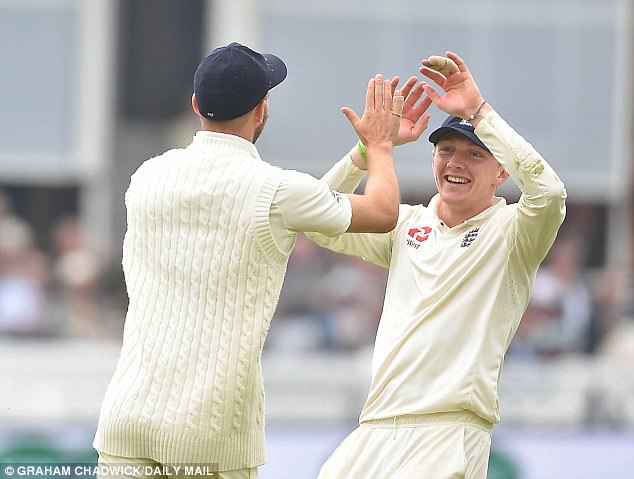 Mark Wood had managed to eke out Haris Sohail and Jimmy Anderson pinned Azhar Ali in front but Pakistan moved past England’s paltry 184 for the loss of just three wickets and with very little alarm.

England again did not help themselves. Sohail had been dropped by Stokes on the first evening and now that mistake was compounded by a sub-standard fielding display that will have exacerbated Trevor Bayliss.

Azhar could have been run out on 42 by a direct hit from debutant Dom Bess before Alastair Cook spilled a difficult chance to reprieve Babar Azam on 10. Worse was to follow when Jos Buttler could not hold on when Asad Shafiq offered another difficult chance to gully.

And the wheels really were close to coming off when Jonny Bairstow left an edge from Faheem Ashraf that flew between the keeper and Cook at slip before the former captain spilled a dolly from the teenager Shadab Khan.

Before then Stokes had attempted to claw England back with the sheer force of his personality, bouncing Shafiq out and then tempting Pakistan captain Sarfraz Ahmed into a rare injudicious pull to fine leg just before tea.

The door was ajar for England and Stokes, bowling with pace and aggression, did his best to force his way through when he was given the second new ball ahead of Jimmy Anderson. 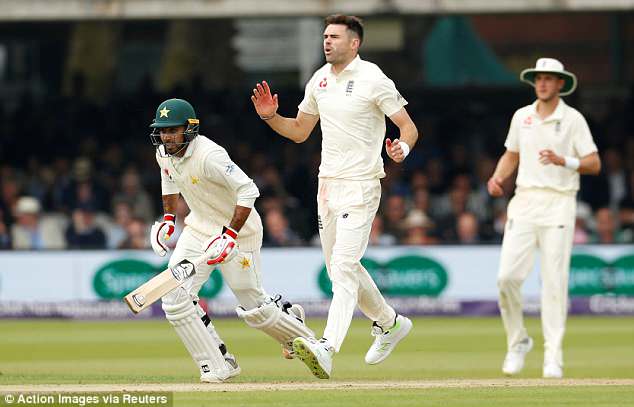 Stokes forced Baber to retire hurt when he suffered a nasty blow on his unprotected left wrist and returned to bounce out another batsman in Shadab when England had again failed to do enough off the pitch or through the air.

But by then a stand of 72 between Shadab and Faheem, ended only by Anderson had rubbed salt into England’s wounds and not even a third wicket for the leader of England’s attack in Hasan Ali could lift the English gloom.

It should be remembered that Pakistan, admittedly helped by the absence of their players from the Indian Premier League, have prepared thoroughly for this series with three county matches and that inaugural Test in Ireland.

That sort of warm-up has become almost extinct in a modern game of increasingly packed schedules which is the major reason why the majority of Test series are now won by home sides.

Yet despite that there are few who could have possibly expected Pakistan to challenge here in an early season Test series that England have traditionally dominated ever since they were introduced 18 years ago.

That domination is under huge threat now unless England produce a much improved, long batting performance second time round. And it is becoming increasingly doubtful that they are capable of doing that. 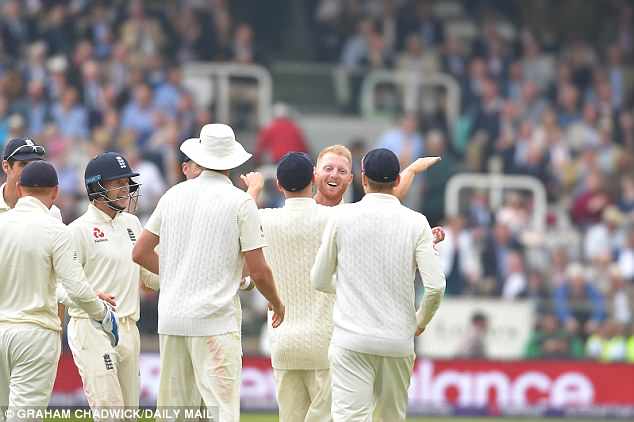 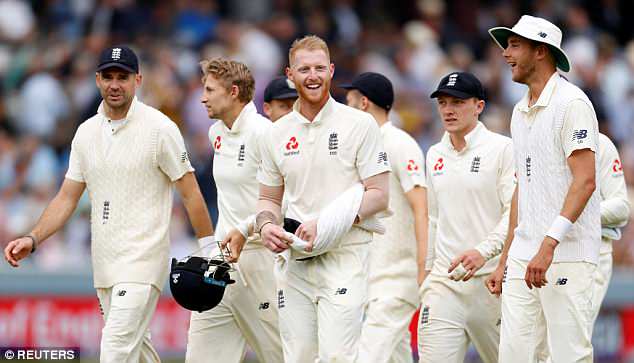 Stokes bowled out Azam, Shafiq and Khan but it leaves England with a lot of work to do still