‘We won’t compromise on health and safety’: Pakistan to seek assurances before committing to three-Test series in England this summer

Pakistan will seek assurances over player safety before committing to the details of their proposed three-Test series in England later this summer.

Sportsmail revealed last week that the Pakistanis had already been approached by the ECB about the possibility of playing an extra Test, if West Indies are unable to fulfil the whole of their own three-match series.

But Wasim Khan, the chief executive of the Pakistan Cricket Board, said: ‘Health and safety is paramount for our players and officials, and we are not going to compromise on it.

‘The situation in England is poor right now, and we will ask them about their plans.

‘We are not making any decisions, but we will decide in the next four weeks. The longer our players stay there, the more they will be exposed.’

The first biosecure Test against West Indies is scheduled for July 8, but the ethical consideration of allowing players to be regularly tested for Covid-19 while tests are not yet available for all frontline NHS workers is understood to be among the most pressing questions the ECB need to resolve. 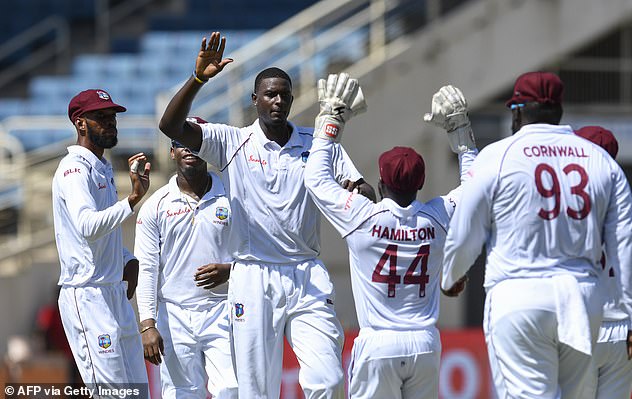