By Alana Mazzoni and Kylie Stevens For Daily Mail Australia

A Pakistani sailor who jumped off a livestock ship and snuck into Australia has handed himself into police following a frantic overnight manhunt.

The a Pakistani national escaped quarantine by jumping off a ship moored in North Queensland after leaving Huanghua in China on April 12 and was at sea for 17 days.

The crew member was on livestock ship Polaris 3 when he breached international quarantine rules by jumping overboard while the vessel was docked in Townsville on Saturday night.

It’s understood the the border jumper made it to land and left the port in a white van.

He is right now in custody and he will be handed over to Australian Border Force officers. 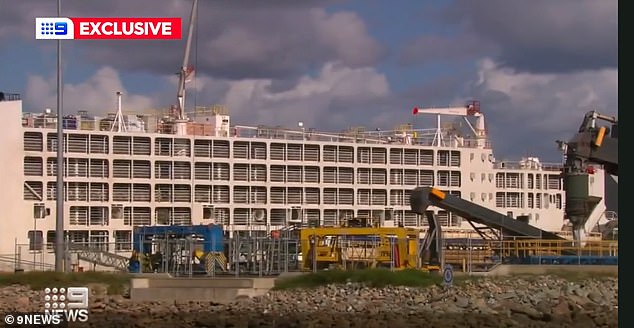 The ship’s remaining crew have since asked to be left off and want to apply for asylum.

Eleven of his fellow crew members walked off the boat and remain at the port, technically not breaching quarantine.

However, they are refusing to get back on the ship and on Monday morning continued to demand asylum in Australia.

Queensland Health has tested the 11 men for Covid and are awaiting their results.

Federal local MP Phillip Thompson said was ABF and Queensland Health were working to quarantine and detain the individuals.

Queensland Health is working to protect the local community and to ‘ensure the health of officers from agencies involved’.

‘Crew members are being tested however the risk to the community is low,’ a spokesperson said.

The ship left Huanghua in China on April 12 with hundreds of livestock onboard and spent 17 days at sea before it arrived in Townsville on Thursday.

Around 37 crew members are still on the board the ship, which had been given clearance to leave the port. 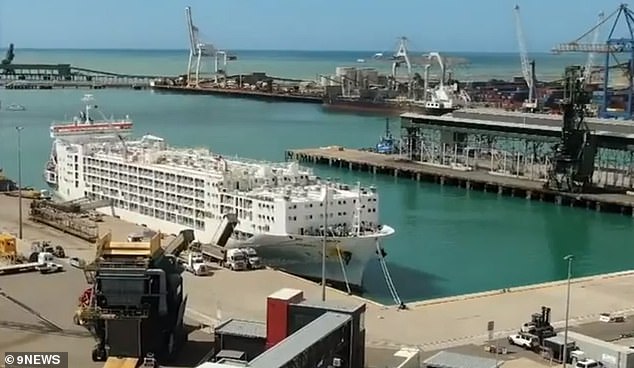