But the message immediately had locals branding her a hypocrite for sending her support from behind a closed border.

Queensland shut out Sydneysiders on Thursday in the wake of the latest Covid outbreak hitting the city, a move which followed similar decisions to repeatedly close its borders to New South Wales residents since the pandemic began. 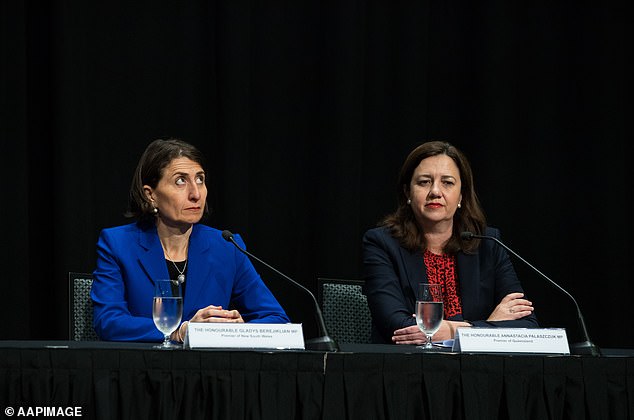 Earlier this week, the Queensland Premier was blasted as heartless for blocking a son the chance to see his dying father on the Gold Coast.

Mark Kilian and his wife Anneli Gericke were stuck in Sydney while his father’s life ebbed away in a Robina hospital.

It was only after a public outcry that the Queensland Government finally gave the couple the green light to travel north to see Frans Kilian, 91, before he died of terminal pancreatic cancer.

Another Twitter user responded to the Premier’s tweet on Friday, saying she would never forgive her for blocking her family from also seeing a dying relative.

‘You’re joking right?’ tweeted @fitfantastic1. ‘You denied my brother in law his final chance to see his dying father despite exemptions … I’ll never forgive that.’

The Queensland Premier has famously had a hair-trigger when it comes to shutting the border to New South Wales residents.

She reacted angrily when Premier Berejiklian called her out for it during the Northern Beaches lockdown last December.

Another Twitter user responded to the Premier, saying she would never forgive her for blocking her family from also seeing a dying relative (pictured) 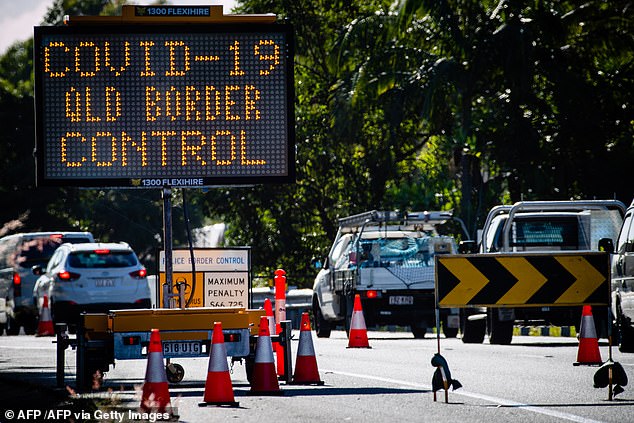 The Labor Queensland leader said it was ‘a bit rich of NSW to start blaming Queensland’.

‘We wish them all the very best but we do not want our lifestyle compromised at this point in time.

‘As soon as they get on top of that, the sooner we can get back to semi-normal as possible.’ 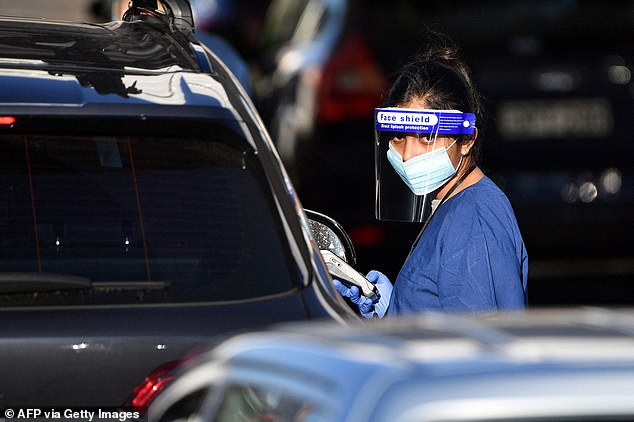 The Labor Queensland leader said it was ‘a bit rich of NSW to start blaming Queensland’. 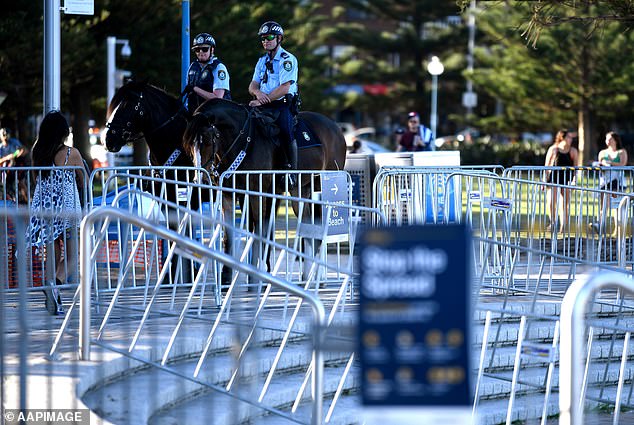 New South Wales has only closed its border with Victoria at the height for their outbreak, says Premier Berejiklian (seen here is Coogee Beach, closed during the lockdown in April 2020)

Despite the willingness to close the border, the Queensland Premier quickly grabbed the rights to State of Origin 1 this year when Victoria went into lockdown.

As soon as the government saw its chance, it opened secret negotiations with the NRL to move the opening Origin clash from Melbourne to Townsville for an $8million fee.

The June 9 match was originally deliberately scheduled to be at a neutral venue until Queensland swooped in to move it to home territory with the multimillion dollar bid. 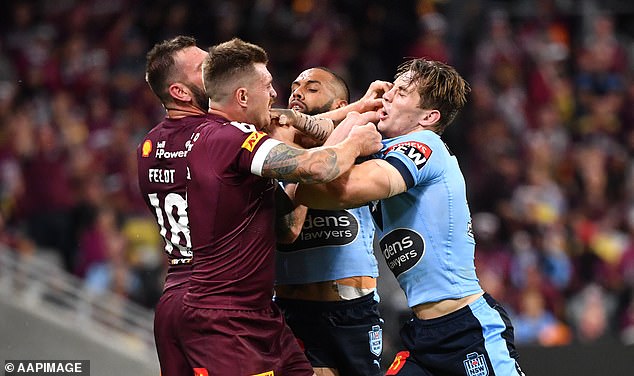 The move meant the Maroons had a double home-ground advantage for the series, playing back-to-back clashes on their own territory.

The move backfired though with NSW smashing the Queenslanders 50-6.

On the political playing field, Premier Berejiklian is keen to highlight her state has only ever shut its border with Victoria at the height of the Melbourne outbreak. 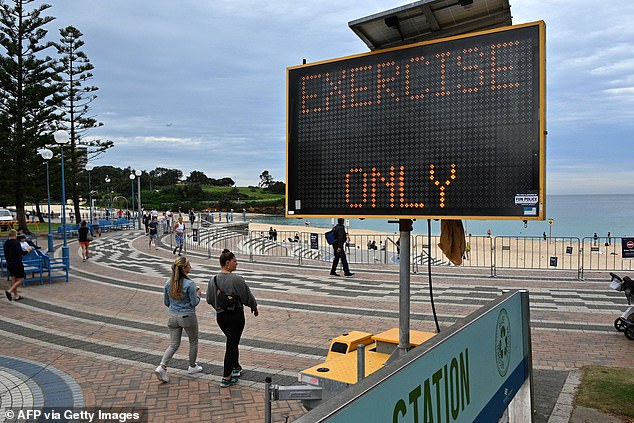 ‘At the end of the day, it’s the citizens that hurt… both hers and mine and citizens across Australia, the NSW said last November.

‘I’m worried about jobs and people not seeing their families. The reality is that people are suffering because the border is there.’

She added in December: ‘Various premiers have made various decisions about borders but I ask people to think about things compassionately and base it on the facts

‘The only time that NSW has closed the border to anyone was Victoria. Their case numbers were more than 140 before we took that decision, and it was subsequently and then up to 180.

‘I use that fact to put things into perspective. Yes, of course, I’m concerned by what’s happening in NSW. But every response has to be proportionate to the risk.’

Despite refusing entry to Australians south of her state border, Premier Palaszczuk was also quick to complain when the tourist industry faced hardship last summer.

But the irony was not lost on Premier Berejiklian. 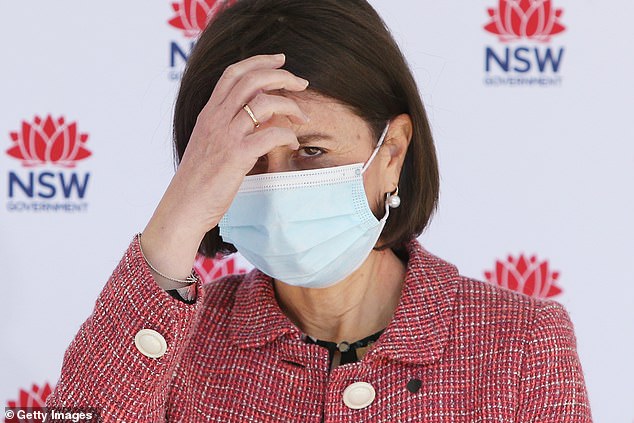 ‘The whole point that NSW has been so strong in keeping borders open within Australia is to prevent exactly what the Queensland premier is now complaining about,’ Premier Berejiklian said in January.

‘She is now the victim of a policy that she put in place herself.

‘There is no reason why certain premiers move too quickly in shutting out NSW.’