Pamela Anderson and fifth husband Dan Hayhurst have called it quits after just 13 months of marriage, according to reports.

The former Baywatch actress, 54, has filed for divorce in her native Canada where she had relocated with her new hubby last year, Rolling Stone reported Thursday citing a source close to the couple.

The split comes almost a year after DailyMail.com exclusively revealed Anderson had made it official with her bodyguard after the two fell in love at the beginning of the 2020 coronavirus lockdown.

The pair tied the knot later that year in an intimate Christmas Eve ceremony on the grounds of Anderson’s home on Vancouver Island, Canada.

But according to the insider, ‘Pamela loves as authentically as she lives,’ and the ‘pandemic whirlwind’ romance has run its course. 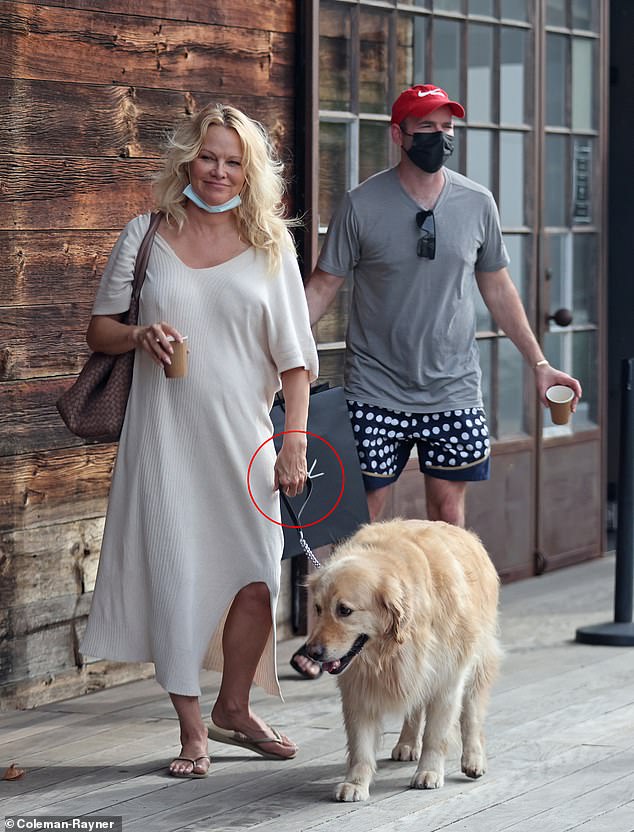 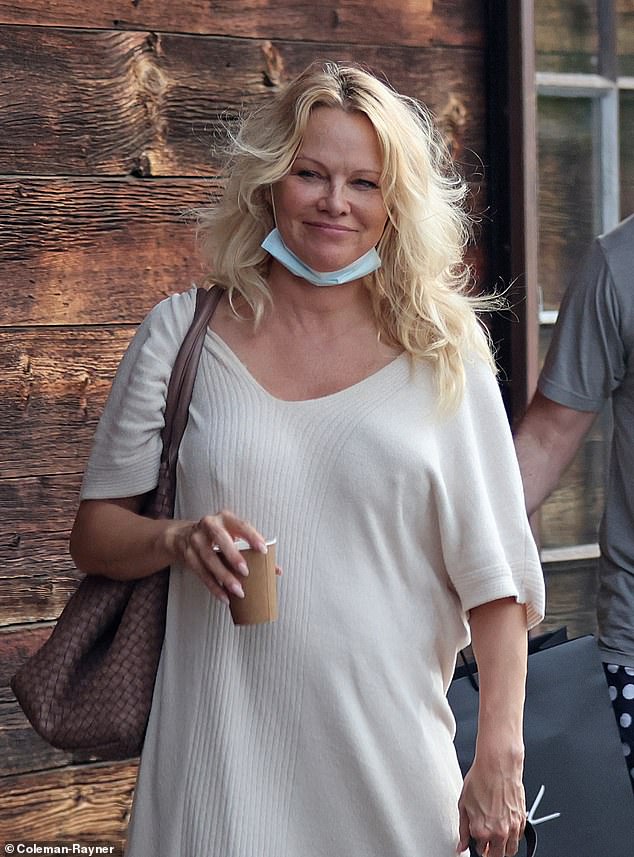 The Baywatch actress, 54, went makeup free and showed off her natural beauty and let her wavy blonde locks loose 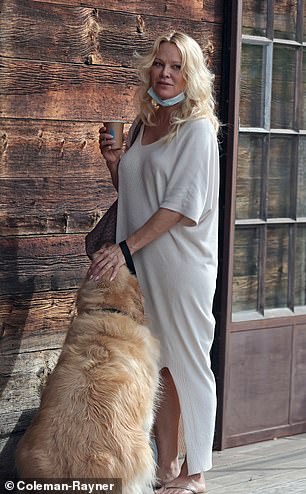 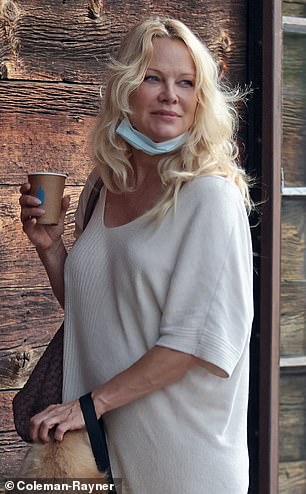 Anderson, a known animal lover and vegan, brought her adorable golden retriever along as she and her assistant stopped for coffee in Malibu

Anderson had shared an exclusive intimate look at her special day with stunning wedding photos and video as she gushed over her new beau last year.

‘I’m exactly where I need to be—in the arms of a man who truly loves me,’ she told DailyMailTV in an exclusive interview last January.

The whirlwind marriages of Pamela Anderson

The actress joked that their first year together had ‘felt like seven’, adding that the two fell head over heels with each other and were a ‘natural fit’.

Anderson, who has dual citizenship, had been living with Hayhurst on Vancouver Island after years of being based in Southern California, where she made her name playing CJ Carter on 90s action drama Baywatch.

But sources told the magazine that Anderson has moved out of the couple’s marital home and is currently back in Malibu spending time with her two sons.

The Playboy cover girl has been spotted in her adopted hometown several times since late last year and was most recently seen last week without her wedding ring.

She was snapped last Thursday during a coffee run with her assistant and golden retriever.

Anderson ditched the makeup and showed off her natural beauty while letting her wavy blonde locks loose.

She wore a cream-colored knit dress and flipflops and a slouchy brown handbag.

She took turns walking her dog with her assistant before stopping for some caffeine at a Blue Bottle Coffee cafe. 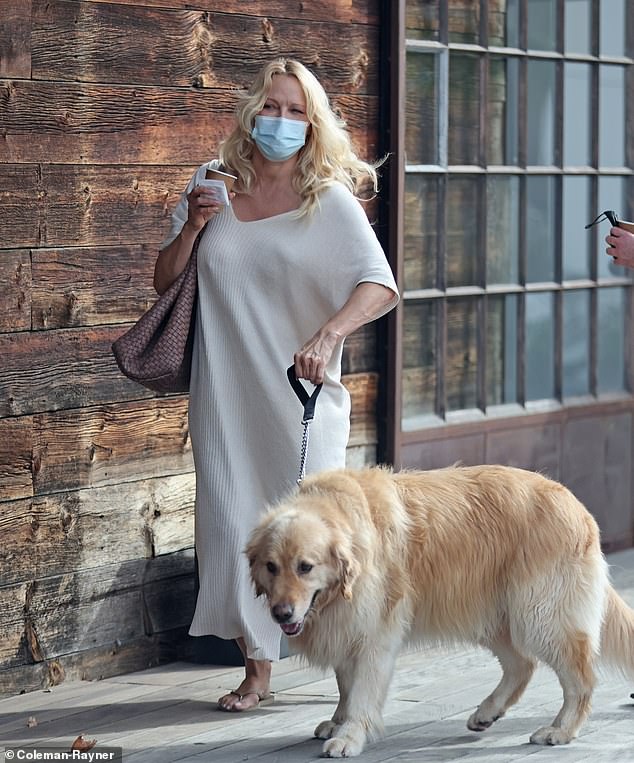 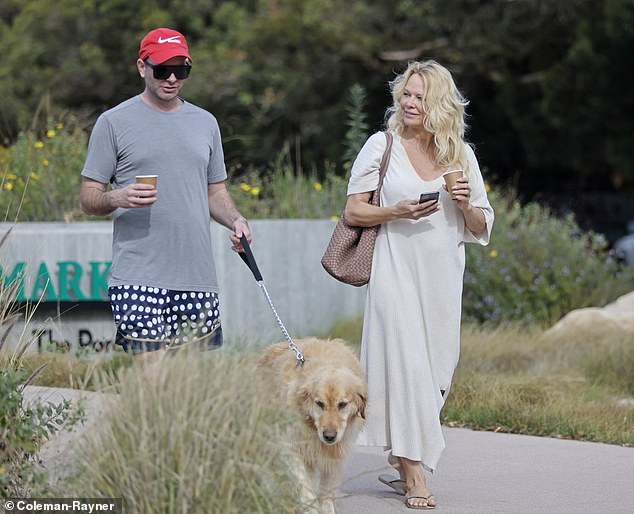 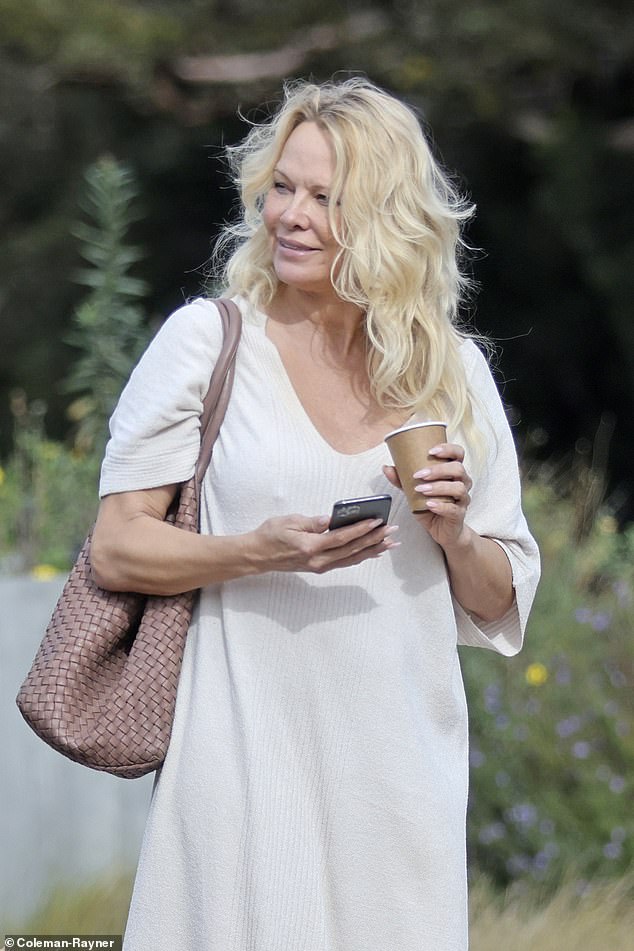 Anderson looked casual but elegant in a cream-colored knit dress, flip flops, and a slouchy tote 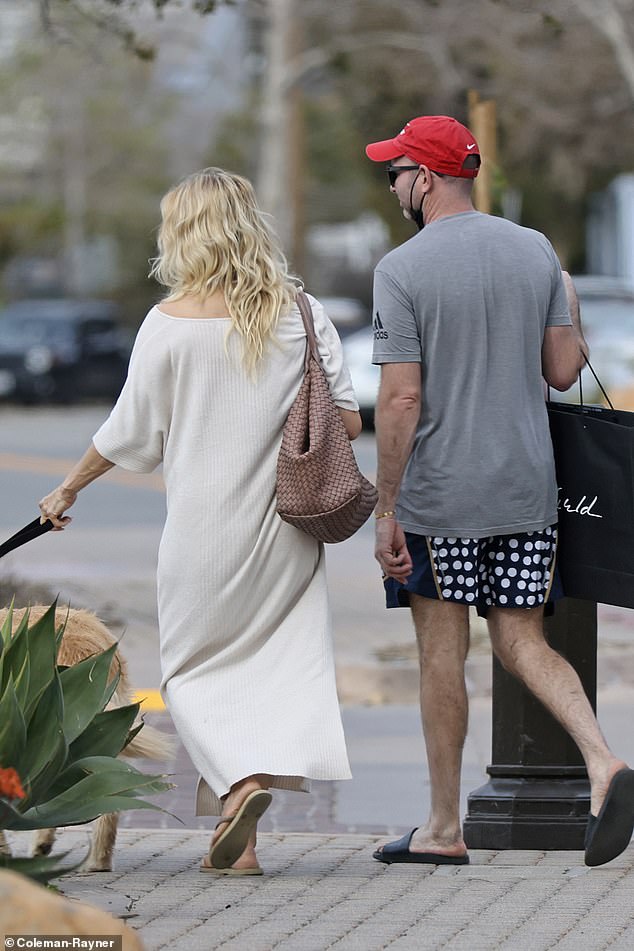 According to reports, Anderson has moved out of the couple’s marital home and is currently back in Malibu spending time with her two sons

Anderson, who born in Ladysmith in British Columbia, has owned a beach house in the upscale beachside community since 2008, but has reportedly been renting out the $7million property in recent years for $50,000 a month.

The iconic blonde bombshell was previously pictured in Malibu without her husband multiple times in November.

Her return to California was believed to be due, in part, of her support for eldest son Brandon Lee, who was launching his own clothing line, Swingers Club Capsule Collection, at the time.

Both Anderson and Brandon’s father, Motley Crue drummer Tommy Lee, were present at the launching event in Los Angeles.

Anderson and Lee, who infamously married in 1995 after only knowing each other four days, and all the drama that followed them in the proceeding years, are now set to be the subject of new biographical series Pam & Tommy, airing February 2.

The upcoming show stars Lily James and Sebastian Stan as the titular Pamela Anderson and Tommy Lee, along with Seth Rogan, Nick Offerman and Taylor Schilling, among others. 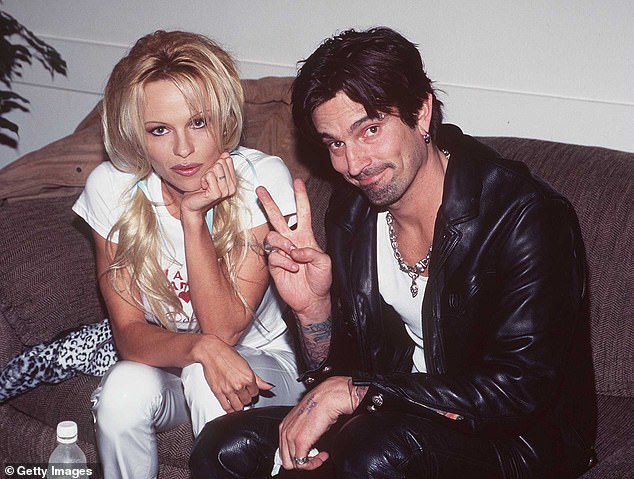 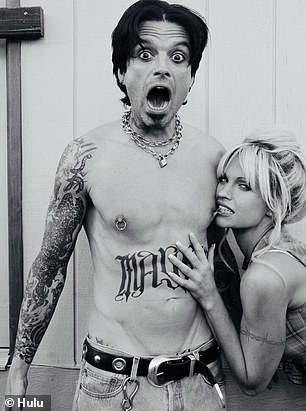 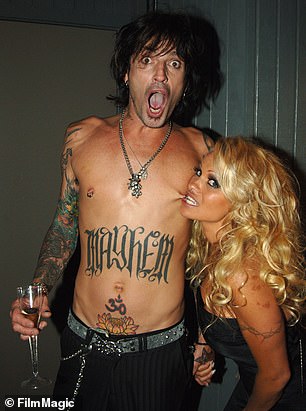 Uncanny: The new Disney+ series will star Lily James and Sebastian Stan (left) taking on the roles of Pamela and Tommy (pictured right in 2005)

The couple had a second son, Dylan Jagger Lee, before splitting in 1998. Anderson has been married five times to four different men.

In 2006 she married rock artist Kid Rock and divorced him a year later. She then went on to marry producer Rick Solomon twice – in 2007 and 2013. The first ended in annulment.

In 2020, she was reportedly also married to Hollywood producer Jon Peters for 12 days in January but denied it was an official ceremony.

She had found love again with current hubby Dan Hayhurst later that year, after the two met in Canada during the early days of the coronavirus pandemic.