Sydneysiders who lose work in lockdown will be able to claim $600 a week from the federal government under beefed up support as the city braces for an extended shut down.

Currently the pandemic disaster payment is $500 for anyone who loses more than 20 hours of work.

Daily Mail Australia understands the $325 rate for workers who lose fewer than 20 hours will also increase to an amount due to be announced on Tuesday.

Police are pictured in Fairfield, the centre of Sydney’s outbreak, on Tuesday morning 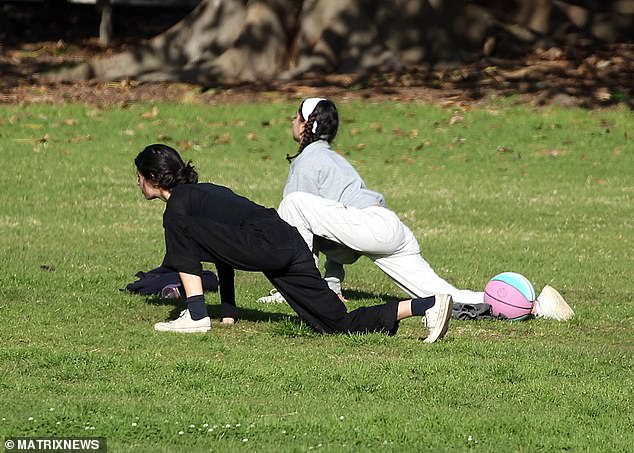 Residents in Sydney are only allowed to exercise in groups of two. Pictured: Elizabeth Bay in the city on Tuesday morning

Meanwhile, a package jointly funded by the New South Wales government and the federal government will pay businesses to keep workers on the books in a JobKeeper style scheme.

The two governments have been in negotiations since the middle of last week.

The $130billion JobKeeper policy – which was scrapped in March – paid businesses who lost money up to $1,500 per fortnight for each employee they kept on.

Amid fears that lockdown could last six more weeks, Sydney recorded 112 new cases of Covid-19 on Monday, most of them in the city’s south-west, taking the outbreak to 678 cases. 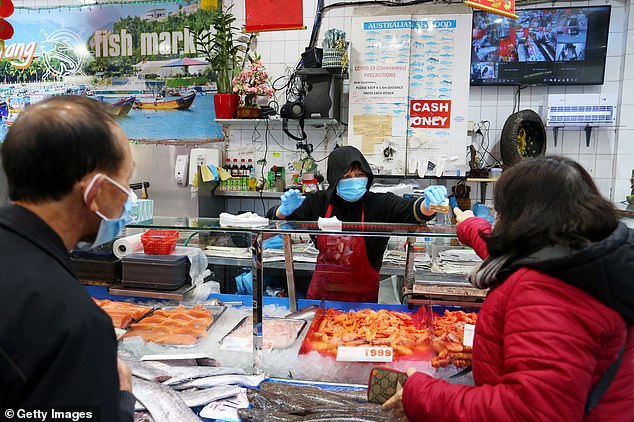 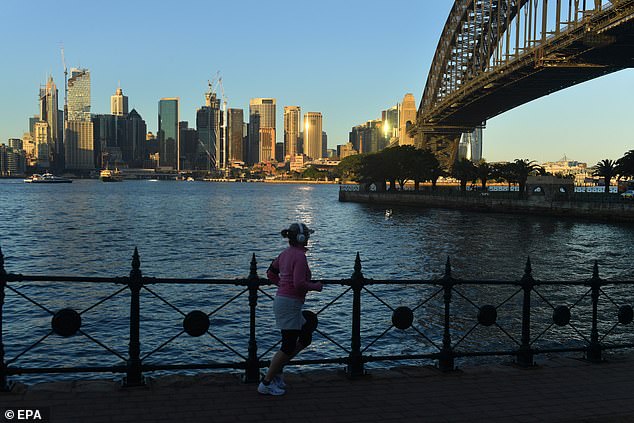 Before Tuesday, the pandemic disaster payment was $500 for anyone who loses more than 20 hours of work. Pictured: A runner in Sydney on Tuesday morning

Prime Minister Scott Morrison and Multicultural Affairs Minister Alex Hawke will have a virtual meeting with community leaders in diverse southwest Sydney on Tuesday to consult on how to better communicate with the community about getting vaccinated and abiding by Covid-19 rules.

‘The federal government is concerned about lower vaccination rates in culturally and linguistically diverse communities,’ Mr Hawke told the Daily Telegraph on Tuesday.

‘That’s why the PM wants to hear from people in the communities and their leaders about what we can do to better communicate about the vaccination program and support on offer,’ he said.

Deputy Premier John Barilaro has warned the lockdown could continue for weeks.

‘I’m not sure about longer than six weeks but we’ll have to make a decision. I think we’re all certain it will extend beyond this week,’ he told Nine Network on Wednesday.

But he said the government was not considering a night-time curfew of exercise limits.

‘I don’t believe we will get to the state of curfews and radiuses around where you can go and how much time you can spend in the open air,’ he told Sky News.

‘I can promise you that there’s never been a conversation around curfews or going even further.’

He confirmed a shutdown of non-essential retail has been considered, saying: ‘It means making sure there’s less movement of people going into homes, going into construction sites, going into retail.’ 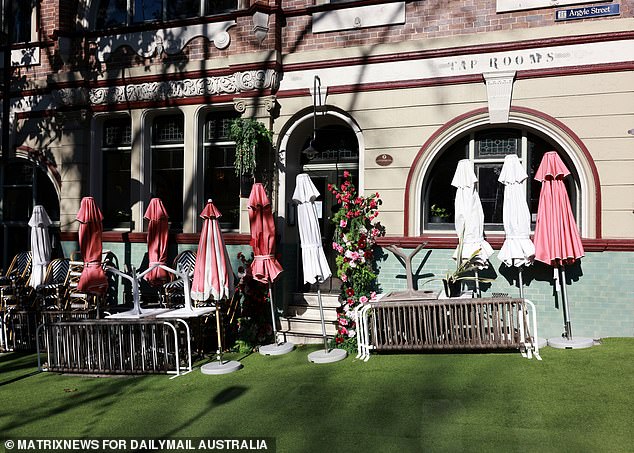 Sydneysiders who lose work in lockdown will be able to claim $600 a week from the federal government under beefed up support as the city braces for an extended shut down. Pictured: The Tap Rooms pub in the Rocks

On Monday Premier Gladys Berejiklian on Monday said she needed to ‘call out’ the Fairfield local government area – where health officials found the vast majority of the 112 local coronavirus cases recorded overnight.

‘I need to call that out,’ she said. ‘Everybody in Fairfield should be staying at home unless they absolutely have to.’

Of those new locally-acquired cases, 48 are unlinked to known infections and 34 were out in the community for at least part of the time they were infectious.

Dr Chant singled out Fairfield, Smithfield, Bossley Park, Fairfield Heights, Fairfield West, Wakeley, Bonnyrigg, Glenfield and West Hoxton in the south-west as the ‘key suburbs’ where authorities were battling to contain the virus.

‘The reason I am reading these locations out is we need to make sure that every member of that community understands that every time they go out of their house for an essential good, they need to assume that someone next to them has Covid,’ she said.

‘Everyone across greater Sydney should assume that but we are conveying that in these areas, the risk is even greater. 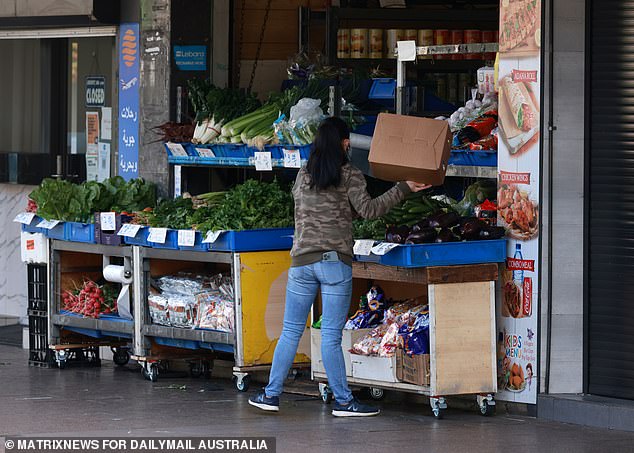 In Fairfield (pictured), less than 25 per cent of people speak English only at home which means three-quarters of people have English at least as a second language. Vietnamese is the most spoken language on 20.4 per cent, followed by Arabic on 7.9 per cent

Under the rules of the stay-at-home lockdown Sydneysiders can leave the home to shop for essential items, although they have been warned not to browse and ‘get in and get out’ of stores as quickly as possible.

But Dr Chant urged residents in the suburbs she named to take extra care to limit the time they spent outside their homes.

Rail Bus and Tram Union national secretary Mark Diamond said many workers in these suburbs didn’t have the choice to stay at home.

‘It is hypocritical of the NSW and federal governments to lecture these people about staying home when neither level of government has offered them any income support,’ he said.

A new exposure site list revealed Monday night has prompted contact tracers to frantically seek shoppers who attended two Kmarts, where hundreds of people may have been exposed to the virus.

How to claim the $500 lockdown payment if you lose work

‘We are providing the same support to New South Wales in this lockdown as we did to Victoria just weeks ago,’ Mr Frydenberg said.