Panic in Indian restaurant when ceiling collapses on table of diners

Diners fled screaming and five were taken to hospital after a ceiling collapsed at an Indian restaurant last night.

Families ran for cover after the ceiling panel of the Sizzling Palate restaurant in Bolton, Greater Manchester, crashed down on customers.

One eyewitness said it fell on about a dozen friends who were enjoying a meal at the restaurant, which professes online to offer an ‘array of Asian influence to satisfy any appetite’. 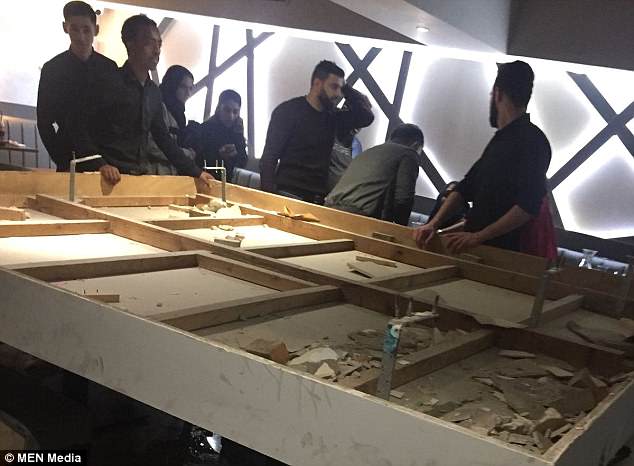 He said: ‘Within about 15 minutes of us going in it fell straight on our heads.

‘We had just finished our starters and they had started bringing some of the mains out. It took about 25 of us to lift it off us.’

Fire crews rushed to Sizzling Palate in Bradshawgate after it collapsed at about 10.30pm on Saturday, narrowly missing the mocktail and lassi bar. 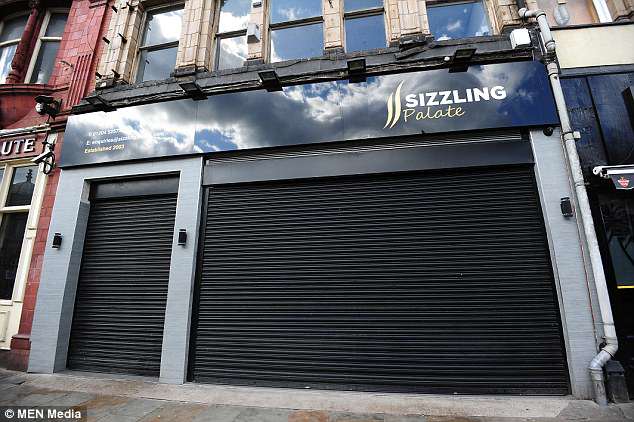 Sizzling Palate in Bradshawgate in Bolton, Greater Manchester, says on its Facebook it combines Asian fusion food with the feel of a steakhouse 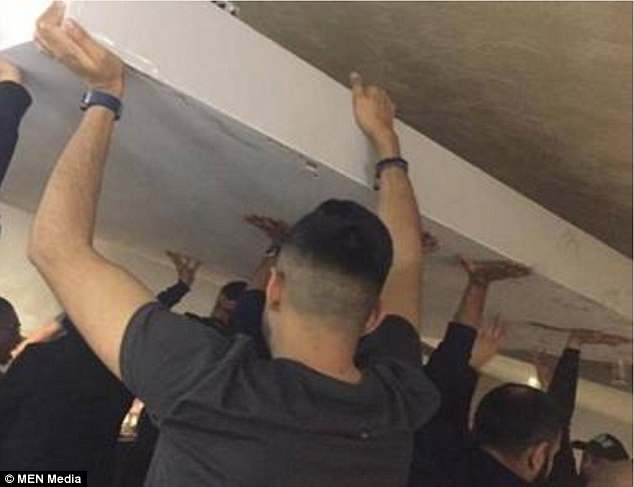 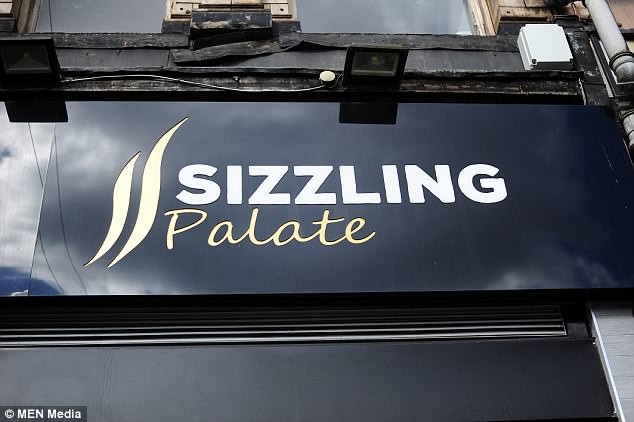 The restaurant management have declined to comment on the incident, which sent five to hospital injured

Another diner sitting at the table said: ‘I’m traumatised and shocked. I could see it happening so I reacted quickly and was able to get out of the way.

Others suffered concussion, cuts and bruises and other minor injuries.

Three men and two women were taken to hospital and have since been discharged. Others were assessed at the scene by paramedics.

Restaurant manager Amir told the Express: ‘A small fraction of the suspended ceiling collapsed but everything is OK.

‘It’s not a major disaster, a few people got minor injuries and minor concussion. Police have given us the OK. Business is usual’ 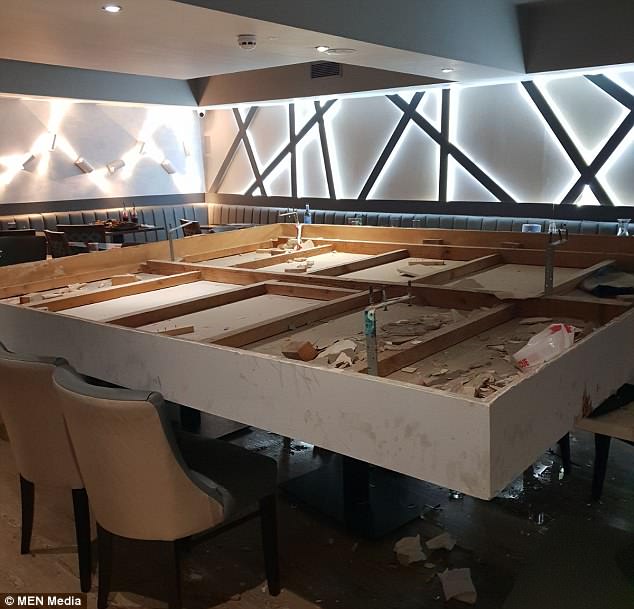