Carolina defensive-end Henry Anderson could return to action as soon as this Sunday following a stroke just over two weeks ago.

The 31-year-old’s speech became fuzzy while his arms and legs went numb while at home with his wife the day before his team’s win over Tampa on October 23.

His wife took him to a hospital, where he remained for several days receiving treatment.

The Panthers placed Anderson on the non-football illness list the following week, but the team never provided an explanation.

Carolina defensive-end Henry Anderson could return to action as soon as Sunday vs. Seattle

‘It was a blood clot in the brain, that’s what the issue was,’ Anderson told reporters on Wednesday. ‘We got it resolved pretty quickly.’

‘I didn´t know much about strokes but I found out more about them and realized I got pretty lucky avoiding anything serious and long term,’ Anderson said.

‘I am glad that I was kind of oblivious when it happened because I would have been a little more panicked had I realized what was going on. But like I said, I got pretty lucky. 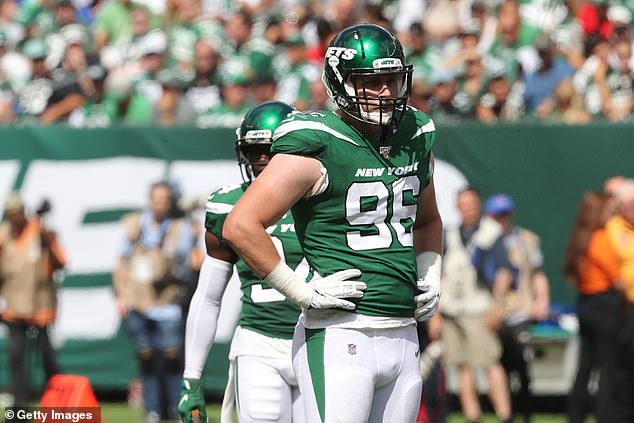 ‘Every test we looked at came negative,’ Anderson said. ‘I think it was something that I got unlucky because they ran a ton of tests and everything was good. There wasn’t anything that showed up or they could point to that they said could have caused it.’

Carolina designated Anderson to return from the non-football injury list on Wednesday and interim coach Steve Wilks said he hopes Anderson will get back on the field Sunday.

Anderson is in his eighth season in the league. He was a third-round draft pick in 2015 by the Indianapolis Colts.

He also spent time with the New England Patriots and New York Jets before signing with the Panthers this offseason. 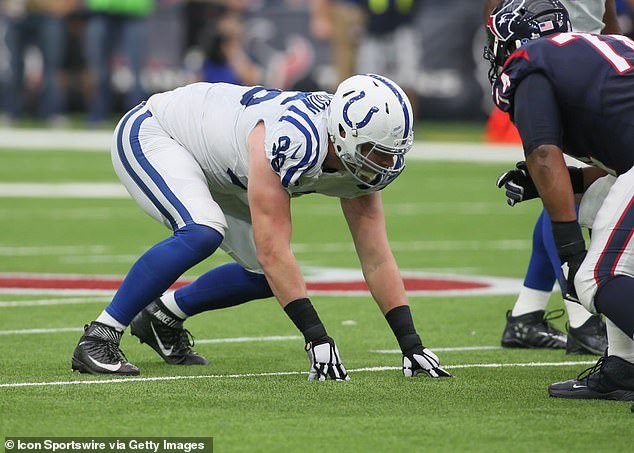