Paraguay and Costa Rica drew 0-0 on Saturday night in the Copa America in their Group A opener at Camping World Stadium.

Costa Rica’s Kendall Waston was sent off in the 94th minute for a reckless tackle on Nelson Valdez in what was, at times, a feisty encounter in Orlanda.

The mood for the match was set inside 20 seconds when Costa Rica midfielder Yeltsin Tejeda was booked for a strong challenge on Celso Ortiz. 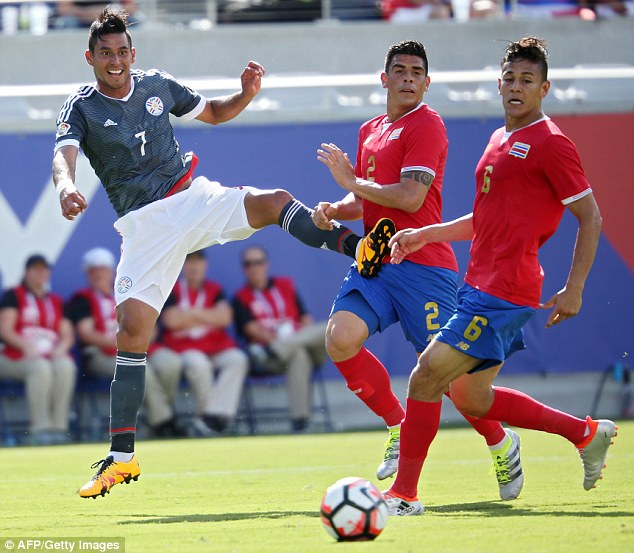 Paraguay striker Jorge Benitez then missed the best chance of the game to score shortly afterwards when played through one-on-one, before Paulo Da Silva’s glancing header flashed the wrong side of the post.

The teams came to blows in the 77th minute after Watson fouled Dario Lezcano before Watson got his marching orders from the referee for his challenge from behind on Nelson Valdez.

On Tuesday night, Costa Rica will face the United States at Soldier Field in Chicago – which Watson will be banned from – and Paraguay will play Colombia at the Rose Bowl in Pasadena, California. 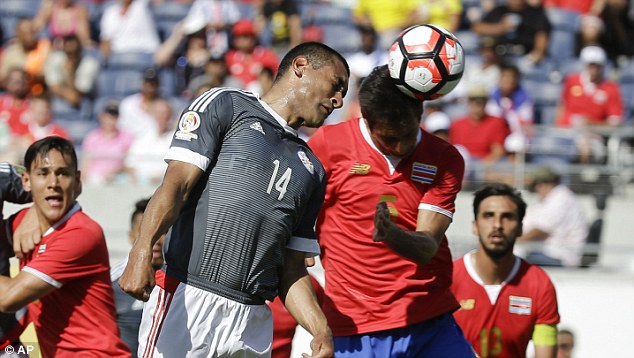 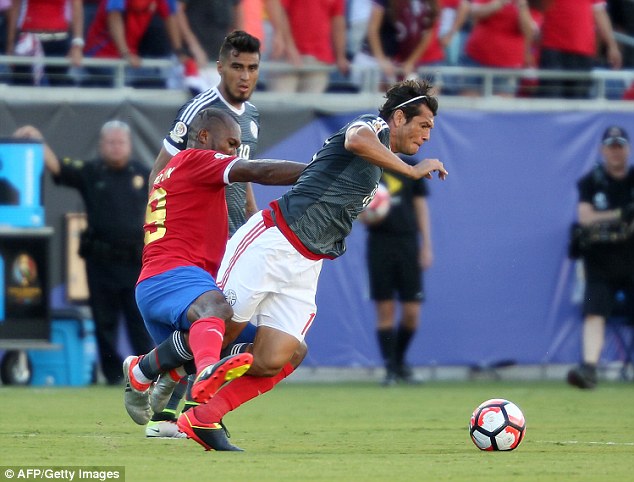 Colombia opened with a 2-0 victory over the United States on Friday night in Santa Clara, California.

The top two teams in the group will advance.