A paralyzed six-year-old boy won $8.4 million from a hospital because the doctors failed to report abuse the first time he suffered injuries at the hands of his biological parents.

Cree Miller, who is now wheelchair-bound and adopted, was taken to Sutter Amador Hospital in Jackson, California, when he was seven weeks old, with nurses notes saying he allegedly was dropped on his head.

But hospital staff sent him home with his parents and did not report the abuse to Child Protective Services.

He was then seen again at 10 weeks old after an injury to his spine which left him paralyzed from the waist down.

Now, six years later, Cree and his adoptive mother Dawn Miller have won a multi-million-dollar pay-out after suing the hospital on the grounds that reports of the first abuse could have protected him from the second injury that changed his life.

Cree Miller, six, was dropped on his head when he was seven weeks old by his biological parents. He went to the hospital but the trauma was not reported to Child Protective Services 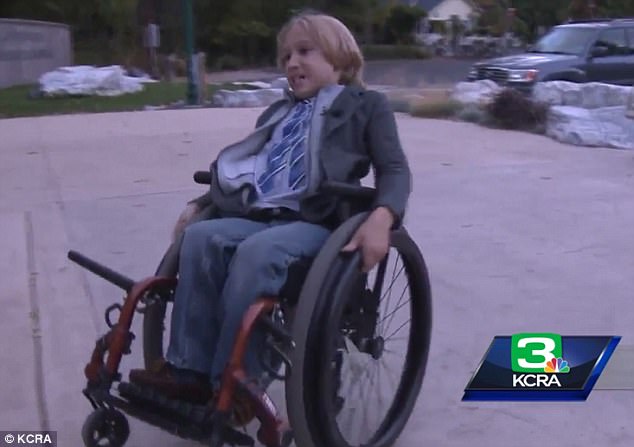 The second time he was injured resulted in paralysis from the waist down. Him and his adoptive mother sued the hospital in Jackson, California, for not reporting the abuse

Abusive head trauma (AHT) is an injury to a child’s brain due to blunt force.

This abuse can be in the form of shaking the infant or dropping them on his or her head.

AHT is the leading cause of abuse in infants and typically occurs in those aged one year or younger.

AHT happens when enough force has been applied to the head to disrupt the brain cells.

The mildest form will cause a concussion in the infant.

Treatment is necessary right after the injury occurs to prevent further damage in the brain.

An electrolyte infusion into the veins is normally given after injury to help stabilize the infants body.

Other neruoprotective procedures and medication are used depending on the severity.

If treatment is not administered to the child, the symptoms could increase and even cause death.

Jury came to the conclusion on October 18 that the medical team at Sutter Amador Hospital failed to report the abuse.

The family filed the lawsuit in March 2013 and went to trial more than four years later on September 5.

It took three days of deliberating at the end of the trial, but the jury found the biological family member and hospital staff to be negligent.

When Cree was taken to the hospital by his biological parents, Andrea Soldano and Anthony Santana, at seven weeks old, his injuries were not reported to Child Protective Services, the court heard.

Chris Keane, Cree’s attorney in the lawsuit, told KCRA there were nurses notes that described what appeared to be abuse from the parents.

‘There were nursing notes that he had bruising on his face,’ Keane said. ‘There was a history of blood in his mouth, injury to his eye.’

He received this injury because he was dropped on his head.

Abusive head trauma is the leading form of abuse in infants and occurs when blunt force happens to a child’s head.

Dropping a baby and shaken baby syndrome are two indicators that an infant has been abused by his or her parents or guardians.

These guardians sometimes resort to this abuse because they are unable to make the infant stop crying.

Cree went back to the emergency room at 10 weeks old because he was paralyzed from the waist down due to new spinal injuries.

It is unclear how Cree obtained the spinal injuries, but they were reportedly caused by both his biological parents and his biological maternal grandparents, Greg and Elysee Palmer.

Cree was then put into the foster care system after the new injuries were reported.

He ended up with Dawn Miller who eventually adopted him as her own child.

Cree is now wheelchair bound but is learning to gain more independence with his disability as he gets older.

Leslie Meiring, Sutter Health spokesperson said to Daily Mail Online: ‘We are very sorry for what Cree and the Miller family have experienced.

‘This case offers us an opportunity for analysis and to learn as much as we can about how to improve.

‘Our goal is to deliver the highest quality care and to treat all our patients with compassion and dignity.’

The $8.4 million won in the suit is intended to cover Cree’s pain during this process and to compensate for financial losses he will incur later in life due to his disability. 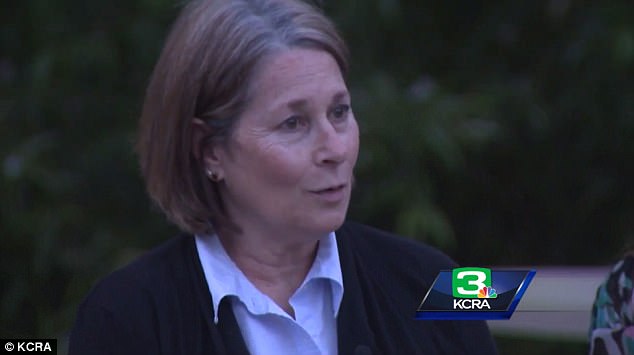 Dawn Miller, Cree’s adoptive mother, and the six-year-old won $8.4 million from Sutter Amador Hospital after evidence came forward of the abuse that occurred when he was young