Paramedic, 39, who was on a busy night shift had lunch bought for him by unknown woman customer

A Welsh paramedic got a lovely surprise after a mystery woman paid for his lunch without him knowing.

Chris Hughes, a paramedic with the Welsh ambulance service, was waiting in line to pay for his pasta lunch at Tesco on Thursday afternoon.

When he got to the cashier he found out a member of the public went above and beyond to thank him for what he does.

Mr Hughes, from Merthyr Tydfil, was working in Bargoed in Rhymney Valley when he went to buy a pasta salad, crisps and a bottle of Coke before trying to find the woman and thank her for the ‘really nice gesture’. 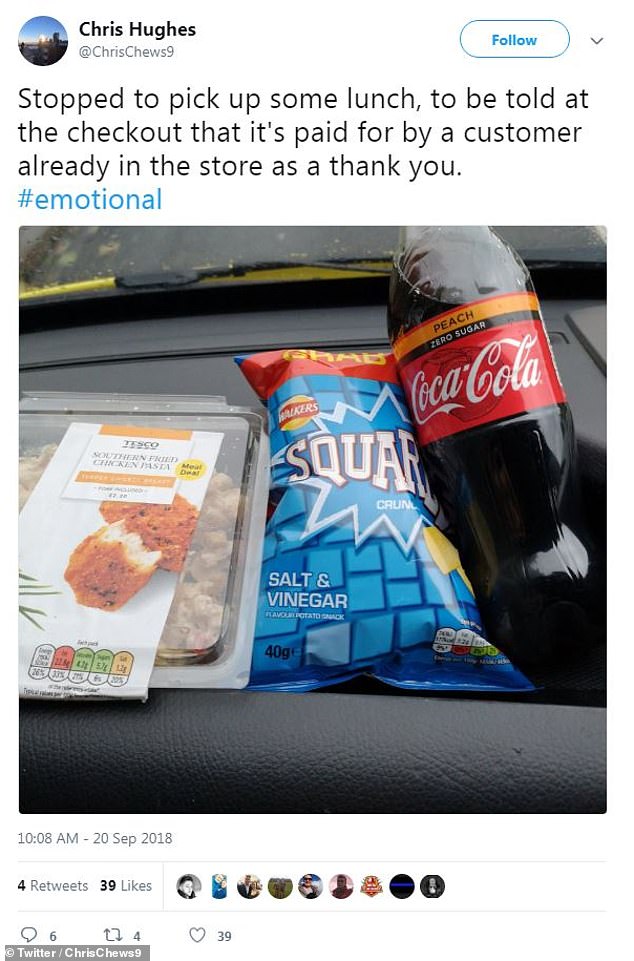 Mr Hughes, 39, said: ‘It all happened a bit quick to be honest. I was on my break for lunch so I went to Tesco.

‘We were just about pay at the till but the cashier said someone had already paid for it. She said the payment for this has been added to her (a woman’s) bill.’

The cashier told Mr Hughes that the woman said: ‘That paramedic there – whatever he has I will pay for it. It’s on me.’

The paramedic said he tried to look for the mystery woman but couldn’t find her, so instead he posted on Twitter about the kind gesture.

He tweeted: ‘Stopped to pick up some lunch, to be told at the checkout that it’s paid for by a customer already in the store as a thank you. #emotional’ 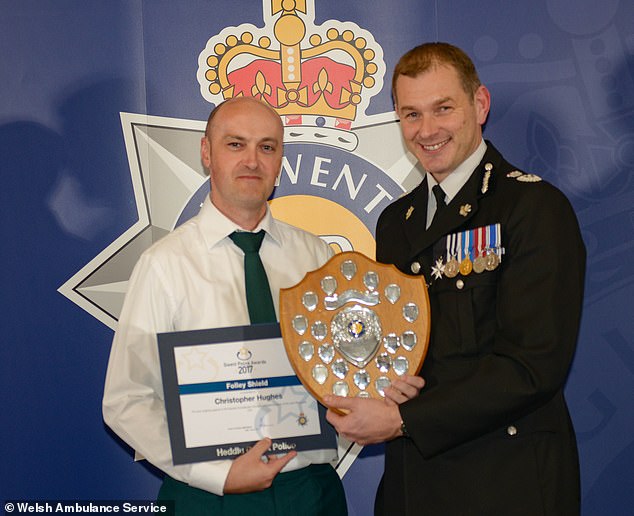 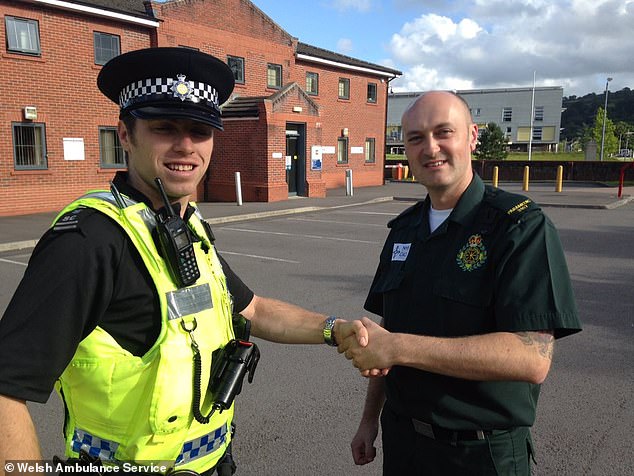 The 39-year-old is currently working a weekend of late shifts – which means he works between midday and midnight.

Even though he’s working through the weekend, he said the kind gesture really helped to lift his spirits.

‘I only put it on Twitter because it’s a bit of an emotional thing really,’ he said.

‘It just shows there are people out there who are willing to support us. Other members of staff on social media have been saying they have seen some other acts of kindness before like bars of chocolate being left on the ambulance.

‘It’s nice to know we have their support.’