Maya Black claims she was left with crippling stomach pains following her £3,500 luxury holiday trip to Mexico (pictured in hospital)

A paramedic who featured on BBC1 hit show ‘Ambulance’ says her TUI ‘holiday from hell’ left her ill for more than a year after staying in a room full of bugs and sleeping on a stained mattress.

Maya Black, 35, claims she was left with crippling stomach pains following her £3,500 luxury trip to the Grand Sirenis Resort and Spa hotel in Riviera Maya, Mexico.

Ms Black said she took her son away for a ten night break to ‘de-stress’ but four days in fell seriously ill, suffering with severe stomach cramps, nausea, headache, tiredness and shivering.

The paramedic, from Edgbaston, Birmingham, said her room was full of tiny bugs and she had to sleep on a urine-stained mattress – but despite complaining every day was unable to change rooms.

Ms Black says she had to be rushed to the hospital after she was referred to an onsite doctor, but claims that when she returned the holiday reps offered her a dolphin trip with a disclaimer form that said she wouldn’t take legal action in the future.

TUI has been accused of failing to pass on a Public Health England warning to holidaymakers about cyclospora – a bug that causes diarrhoea and vomiting – after British travel operators were warned in July and August 2016 that travellers should be made aware of the outbreak before going to Mexico.

West Midlands Ambulance Service worker Ms Black, who is now taking legal action against TUI along with 400 other holidaymakers, claims she was given no health warnings when she booked her holiday in a TUI store. 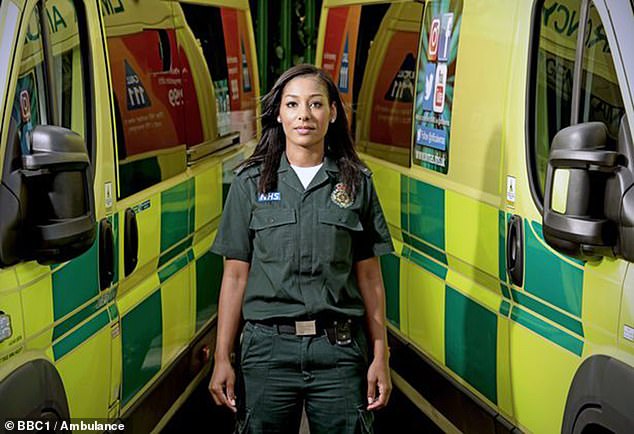 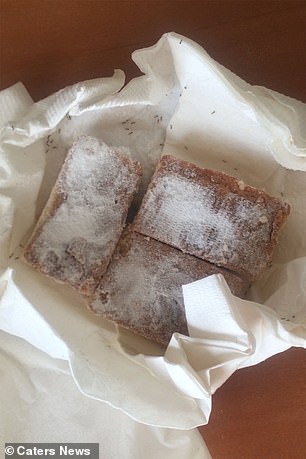 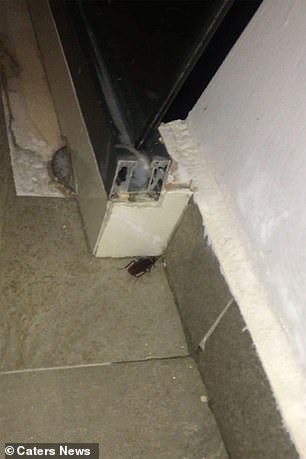 The paramedic, from Edgbaston, Birmingham, said her room was full of tiny bugs and she had to sleep on a urine-stained mattress for days (pictured left: ‘Food from the hotel room covered in bugs’. Right: ‘A cockroach at the hotel’)

Ms Black said: ‘It was horrific from start to finish, my worst holiday ever.

‘The hotel claimed to be five star but I stayed in Thailand during voluntary work and that was better.

‘The room smelt disgusting and the balcony and room was covered in bugs.

‘My job is very stressful and I went on holiday to spend time time with my son who is autistic and to de-stress. But it was a holiday from hell and I ended up in hospital.

‘The hotel grounds stank of animal urine and faeces – it was everywhere. The room was horrible and smelly and outdated.

‘But the reps wouldn’t let me change and they were horrible throughout. 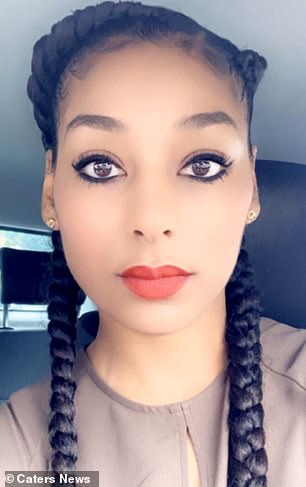 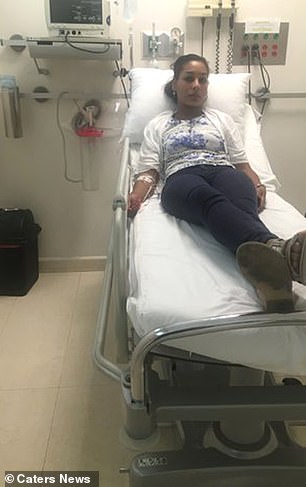 West Midlands Ambulance Service worker Ms Black said: ‘It was horrific from start to finish, my worst holiday ever’ 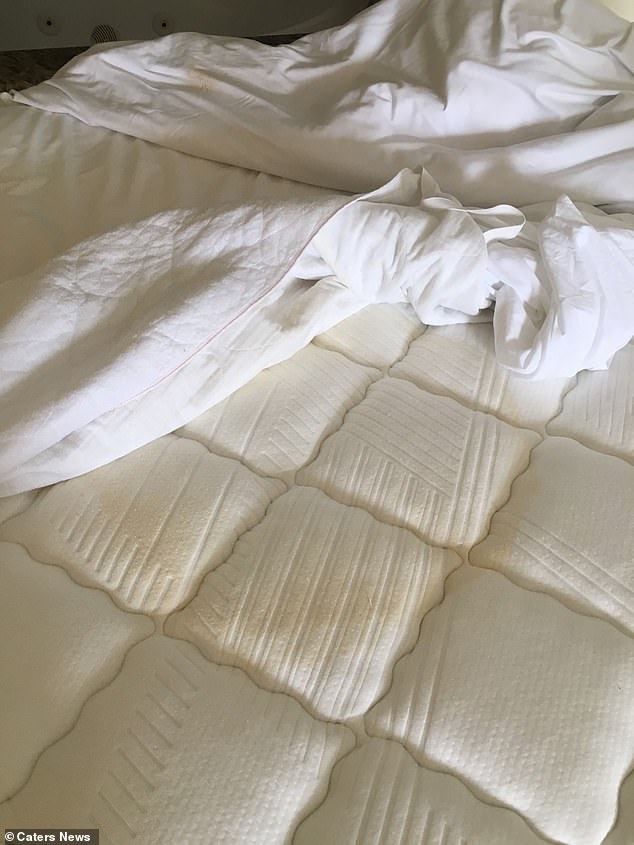 The paramedic, from Edgbaston, Birmingham, said her room was full of tiny bugs and she had to sleep on a stained mattress for days

‘I felt hopeless and stuck over there on my own. I was really worried if something happened to me over there who would have looked after my son.’

Ms Black said that food would often be covered in flies by the pool and also meat and vegetables were left uncovered.

Ms Black said she drank virgin non-alcoholic Mojitos and ate salads and desserts while sat by the pool, but was plagued by raccoon-like animals called Coatis who would steal food or drinks.

She added: ‘I have a very stressful job and I badly needed to getaway and I was hoping for a relaxing time and some rest.

‘I opened all the doors and windows but the smell was really horrible, but the rep didn’t think so and wouldn’t let us move room.

‘I am vegetarian so I only eat veg, salads and fruit but it was never covered up. 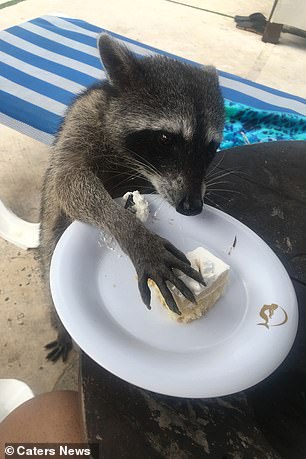 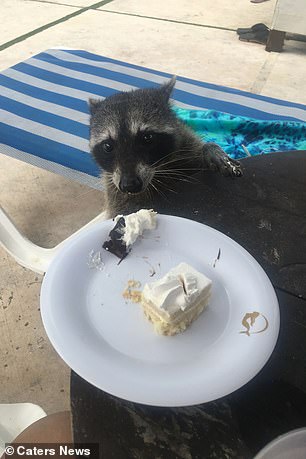 Ms Black said she drank virgin non-alcoholic Mojitos and ate salads and desserts while sat by the pool, but was plagued by raccoon-like animals called coatis who would steal food or drinks

‘Also if I did order something vegetarian they kept serving me food with meat with it.

‘I complained to the reps but it made no difference.’

Ms Black had packed an emergency medication kit and knew just how to treat herself when she became ill, she says.

She was referred to an onsite doctor, and after seeing him was rushed by ambulance to a nearby hospital, where she was admitted and put on a drip with fluids and anti sickness medication.

Ms Black said: ‘I felt clammy and dizzy and I knew I had to get fluids into myself and to keep hydrated so I followed all the advice I give to my patients.

‘But as I had severe sickness and diarrhoea and no energy my son was stuck in the room with me.’

Once back in the hotel after complaining to head office back in the UK about her treatment by the reps, she says an apology note was placed under her door. 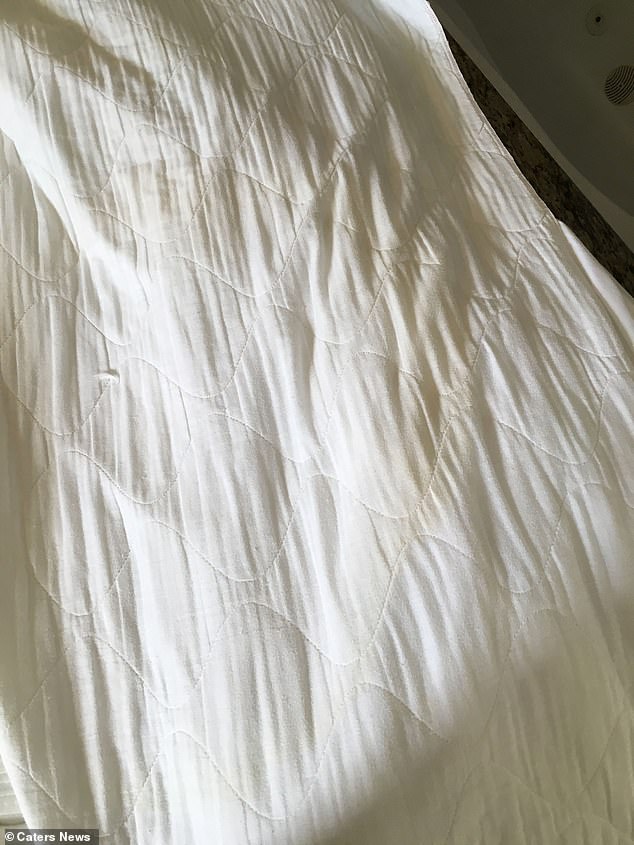 Ms Black has joined a group action of more than 400 other holidaymakers who are suing TUI (pictured: ‘The mattress at the hotel’)

For the next year she says she continued to suffer severe stomach cramps and nausea and had to take daily anti-sickness and cramp medications and pain relief.

Ms Black has joined a group action of more than 400 other holidaymakers who are suing TUI, claiming they were left with illness after the firm failed to pass on warnings about the sickness bug.

Travel lawyer Simon Lomax of Simpson Millar solicitors – whose firm is handling Ms Black’s claim along with hundreds of others – said: ‘Maya has endured a horrific ordeal and has been left with ongoing symptoms.

‘Tour operators need to do much more to protect its customers while they are abroad.’

A TUI UK spokesperson said: ‘We’re sorry to hear of Ms Black’s experience. As this matter is now subject to legal proceedings it would be inappropriate to comment at this time.

‘We’d like to reassure customers that we regularly audit all of the hotels we feature in respect of health and safety, including hygiene.’