Jaw-dropping footage has revealed a paramedic holding the giant machete he confiscated from a suspected drug addict.

The patient was under the influence of crack cocaine and the synthetic spice-like drug Black Mamba when he had his bag confiscated in Birmingham city centre.

After discovering a foot-long blade and a broken pair of scissors, the paramedic posted his findings on social media. 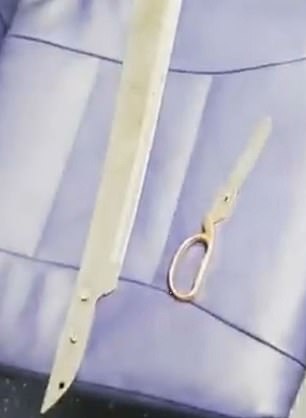 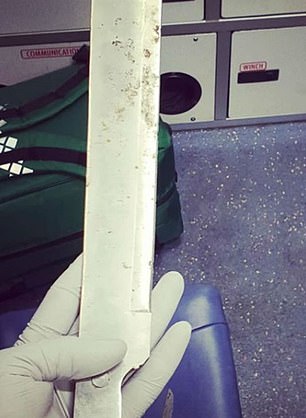 Jaw-dropping footage shows the weapons he confiscated in Birmingham city centre on Friday. Ayaz posted his findings to Instagram

The incident is believed to have happened in Birmingham city centre on Friday.

The paramedic, known as Ayaz, posted pictures and video the following day with the caption: ‘Yesterday I treated a patient in Birmingham City Centre under the influence of Black Mamba and crack.

‘Whilst treating he was agitated and reaching for his bag. Upon inspection this is what he was reaching for, and it was appropriately confiscated.

‘Luckily no one was hurt and police dealt with the situation accordingly.

‘Crazy to think that someone had been walking amongst us in a busy area carrying these weapons. And they were seized before any manic episodes.’ 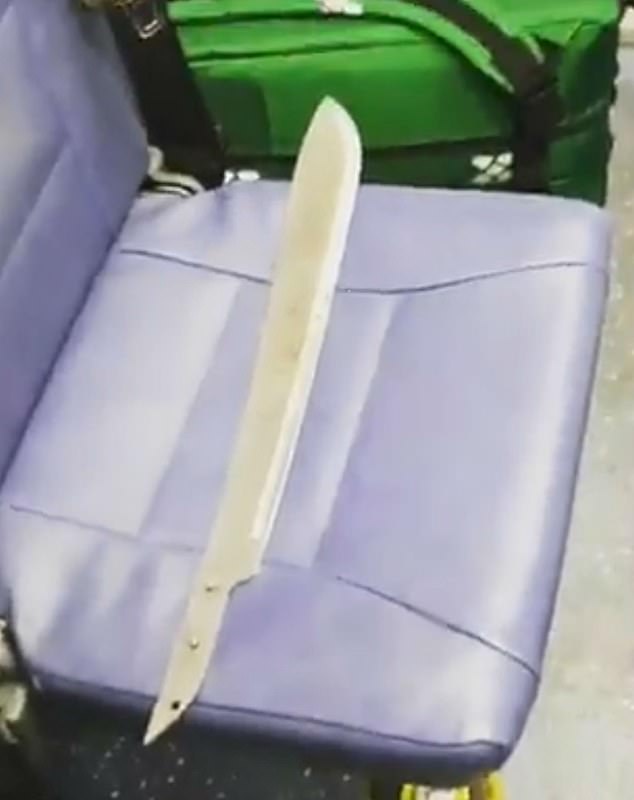 Ayaz said: ‘Crazy to think that someone had been walking amongst us in a busy area carrying these weapons’

The video shows the paramedic, known as Ayaz, filming inside of the ambulance with a black bag lying in front of him.

Ayaz says: ‘Some of the things we find on our job,’ as a silver handle can be seen sticking out of the bag.

He then grabs the handle and pulls out a large machete.

Ayaz audibly sighs and says: ‘Look at the state of that.’

The paramedic then rotates the knife to show the size and sharpness of the blade.

He places the knife down on a seat in the back of the ambulance and then goes back into the bag.

Ayaz pulls out a blade from a broken pair of scissors, and places it alongside the large knife.

A spokesman for West Midlands Ambulance Service confirmed that a crew attending to a patient in Birmingham on Thursday evening reported finding a number of weapons in a rucksack that the man was carrying.

‘The crew immediately asked for police to attend the scene,’ said the spokesman.

‘The patient, who was disorientated, was taken to hospital for further assessment and treatment.’

West Midlands Police said they could not comment without knowing the name of the street where the incident happened.