Paramedic: Why you should ALWAYS take a baby’s nappy off first in a burns accident

Paramedic: Why you should ALWAYS take a baby’s nappy off first in a burns accident

A paramedic and mother has revealed why it is important to remove your child’s nappy as soon as possible after a burns accident to prevent further injury.

‘If your bub sustains a burn, one of the first things you’ll need to do is remove any items of clothing or jewellery that aren’t stuck from the burn site. This is where nappies come in,’ Nikki wrote alongside a video on Instagram. 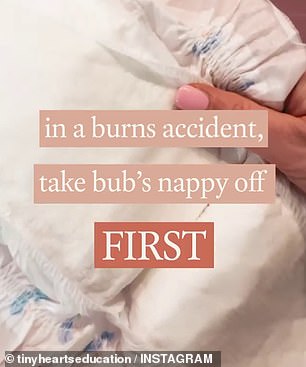 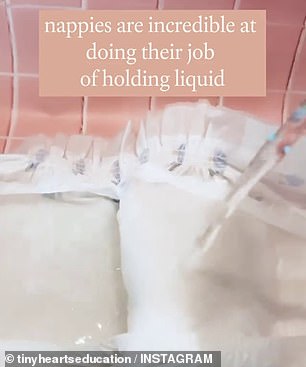 Because nappies are designed to absorb liquid parents might not be able to see if their baby has poured hot water into their lap.

‘If it’s stuck, leave it and fill it with cool running water, while simultaneously cooling the burn, to remove the heat from the nappy. Don’t worry about carefully taking it off; rip it if you have to,’ she said.

‘Your priority right now is cooling the burn, waiting for the ambulance, comforting your child and removing items that aren’t stuck, with nappies being one of the first things I want you to reach for to remove that hot water from the genital area.’ 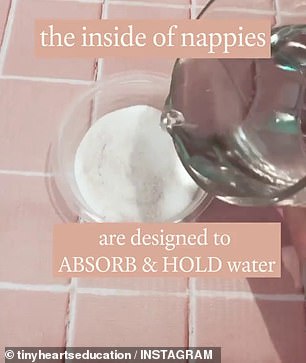 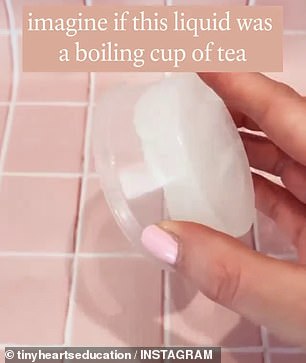 She reminded parent that nappies are made to hold liquid. She also asked them to imagine the liquid was hot tea

The post quickly went viral with thousands of parents revealing they didn’t realise they should always remove the nappy first.

‘This isn’t something that I have thought about before, thanks so much for the tips,’ one mum said, echoing dozens of others.

‘I have done five first aid courses and have never been told to do this, thankyou,’ wrote another.

Others called the former paramedic a ‘brilliant resource’. 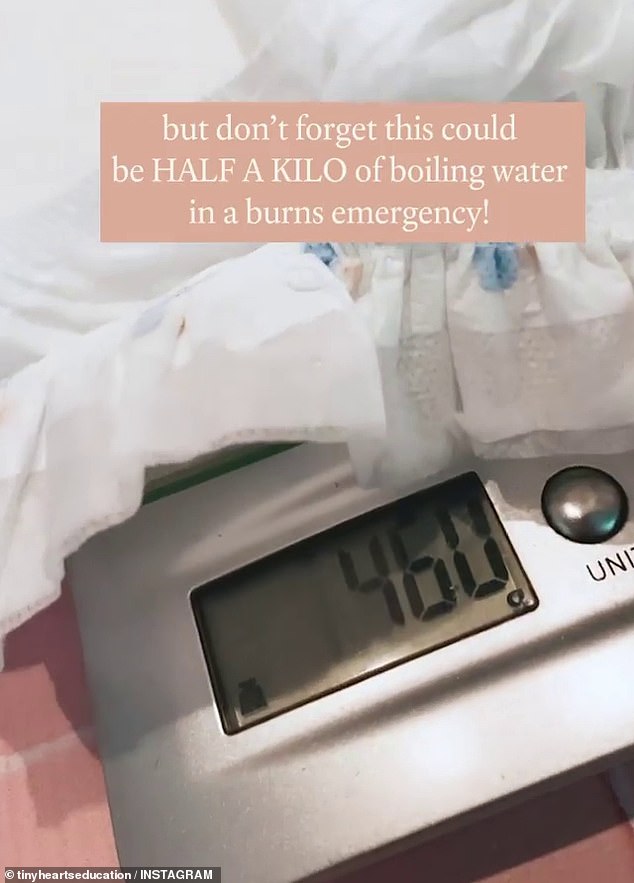 ‘Yes! Share this one far and wide! We have seen a few burns to the groin in kiddies in our time in ED and they were all made so much more severe from those nappies,’ one woman wrote.

Some shared their own horror stories.

‘My daughter poured boiling water all down her chest at 14/15months old. She ripped her own shirt up ripping the skin of and then we sat in the bath for about 30 minutes while the ambulance came,’ one mum wrote.

Before adding: ‘She passed out from exhaustion and pain. Thankfully she didn’t need skin grafts as the young new paramedic sprayed cold saline the entire 30min ambulance ride to the hospital.’

The educator showed off how much a full nappy can way to help drive the message home in the video which has been seen 128k times.