Paramedics, nurses and pharmacists will be able to train as doctors in just three years under post-Brexit plans to tackle NHS staffing crisis

Paramedics, nurses and pharmacists will be allowed to train-up as doctors in three years under drastic plans to tackle the NHS’s staffing crisis.

The Government is hoping to take advantage of freedoms brought by Brexit to enable some medical staff to gain fast-track doctors’ qualifications.

The radical measures, due to be announced next week, will be presented as a solution to the NHS’s doctor shortage, which is being worsened by a pensions standoff.

Latest official figures show that the NHS is short of 11,500 doctors – equivalent to nearly one in ten posts being left vacant.

But these numbers underplay the scale of the crisis as many in-post doctors are slashing their hours to avoid pension taxes, brought about by new Treasury rules introduced in 2016.

Doctors must study for six years at medical school before they can continue their training as junior doctors. Even this preliminary learning period is twice as long as this fast-track course proposed for paramedics and other staff.

Paramedics, nurses and pharmacists will be allowed to train-up as doctors in three years under drastic plans to tackle the NHS’s staffing crisis. File image used

And specialist doctors including GPs and hospital consultants, where staffing gaps are greatest, do 11 years of training.

The measures will prompt fears that ministers are simply training doctors up ‘on the cheap’ as they have no other options.

Meanwhile, medical leaders urged the Government to avoid ‘quick fixes’ and warned that patients would suffer if doctors were inadequately trained.

A draft Department of Health planning document, seen by the Mail, explains officials have held meetings with the Nursing and Midwifery Council, and the General Medical Council as to how the plans would work in practice.

It states: ‘Leaving the EU gives us the opportunity to review and identify flexibility around the existing arrangements which are currently informed by an EU Directive.

‘This may allow us to reduce unnecessary training duplication in the UK and make it a quicker process for existing healthcare professionals wishing to train in a different discipline.

‘For example, a paramedic who has been in the job for ten years and already has baseline training could be required to do three years’ further training to become a doctor rather than the six (years) stipulated by the EU Directive.’ 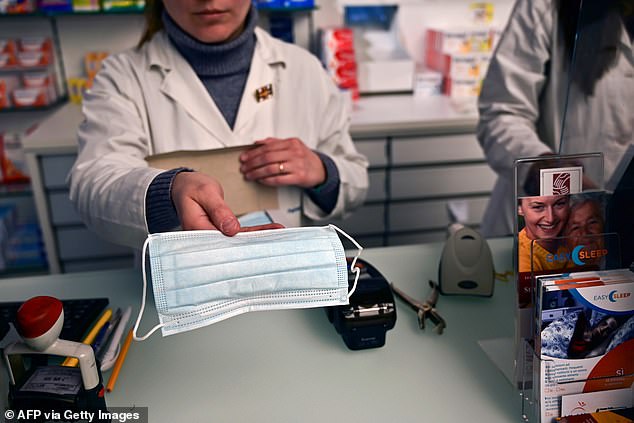 However, Professor Carrie MacEwen – chairman of The Academy of Medical Royal Colleges which represents 23 colleges and faculties – said: ‘Any way of expanding the medical workforce is to be welcomed because that will improve the quality of patient care.

‘But, medical training in the UK is among the most rigorous in the world for a very good reason and we would oppose any move that sought to reduce those high standards.

‘Leaving the EU may provide different opportunities but there are no quick fixes to the workforce shortages the NHS is facing and making suggestions simply for the sake of demonstrating things are different from the EU may not be the best way to start.’

The plans were meant to be announced on Monday but are now pencilled in for the middle of next week. It is not yet known whether the medics would train up to become GPs, hospital doctors – or a combination of both.