A paraplegic bride has walked down the aisle three years after the car accident that left her paralyzed from the waist down.

Ally Grizzard was driving down a country road in Bowdon, Georgia, in January 2015 when she saw a hay truck driving in the wrong lane towards her.

The truck crashed head on into her car and the then-20-year-old was ejected from her vehicle and landed on the side of the road.

In the hospital, doctors told her that her spine was shattered during the horrific accident and she would likely never be able to walk again.

Ally Grizzard, 23, who was left paralyzed from the waist down after a car accident three years ago walked down the aisle on her wedding day. Pictured: Grizzard walking down the aisle with her father and stepfather holding her up 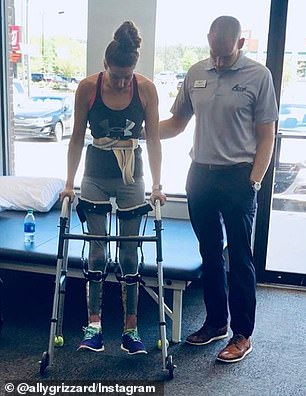 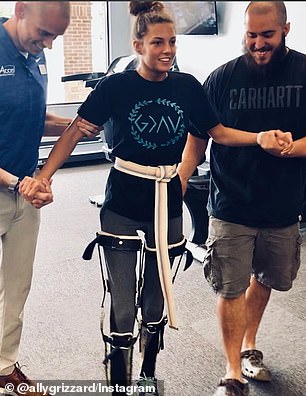 Grizzard was driving her dog to the veterinarian in January 2015 when a truck hit her head on. She was ejected from the vehicle and landed on the side of the road on her back. Pictured: Grizzard training to walk down the aisle, left and right 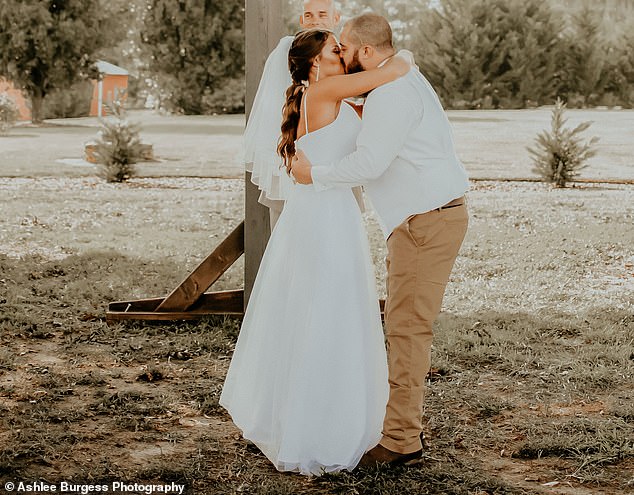 Grizzard says she remembers feeling her back shattering before she lost consciousness. At the hospital, doctors told her she was paralyzed and that she would never walk again. Pictured: Grizzard on her wedding day

Grizzard, now 23, remembers that she was driving her dog Lily to the veterinarian that day, but not much else.

‘All I remember is seeing a hay truck coming at me, head-on, in my lane,’ she told Fox 5 Atlanta.

A driver in a stolen truck hit Gizzard’s car as she tried to swerve to avoid an accident.

‘I just remember flipping end over end, and I flipped for about 75 yards,’ Grizzard said.

Grizzard says she remembers feeling her back shattering as she landed on the ground before she lost consciousness.

Neighbors dialed 911 and Grizzard was airlifted to Grady Memorial Hospital in Atlanta.

‘When I got to Grady, I had no pulse, no blood pressure, no nothing,’ Grizzard told the news outlet.

Doctors told her parents she had collapsed lungs, internal bleeding, and a spinal cord injury that left her paralyzed from the waist down. 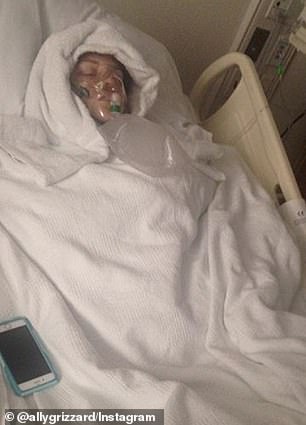 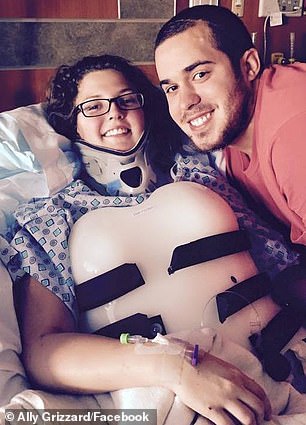 In addition to her spinal cord injury, Grizzard had collapsed lungs and internal bleeding. She spent seven months at The Shepherd Center in Atlanta undergoing intense physical therapy. Pictured: Grizzard in the hospital in January 2015, left, and in February 2015, right 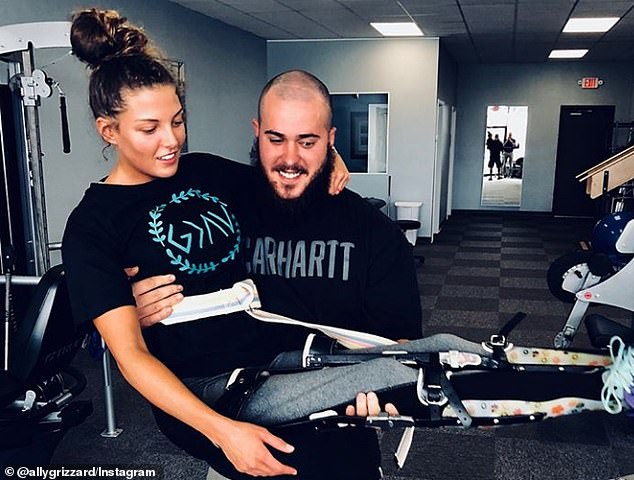 After her then-boyfriend Amos proposed in 2017, Grizzard was determined not to use a wheelchair at her wedding. Pictured: Grizzard and Amos during her training

‘I really struggled with going out in public and really worried about what people thought of me,’ she said.

After her then-boyfriend Amos proposed in 2017, she was determined not to use a wheelchair at her wedding.

‘The night that we got engaged, I texted my therapist with a picture and said: “Are you ready to train me to walk down the aisle?”‘ she told 11 Alive. 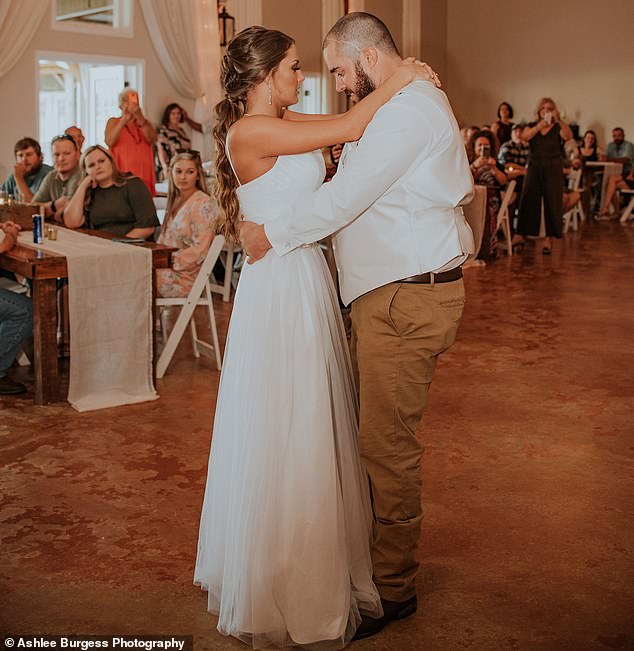 She spent a year-and-a-half training and, on her big day, Grizzard walked down the aisle with leg braces and her father on one side and her stepfather on the other. Pictured: Grizzard and her husband during their first dance 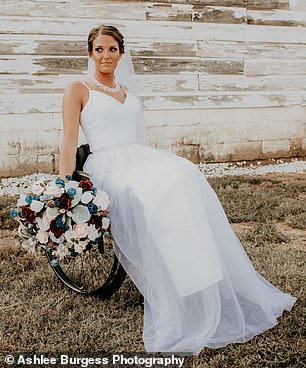 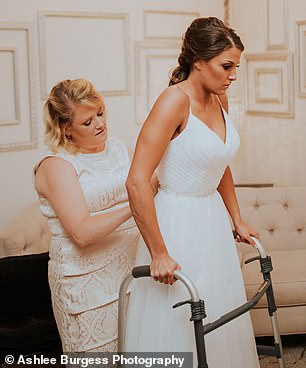 Grizzard even danced with her new husband to Ed Sheeran’s Thinkin’ Out Loud for their first dance. She says she hopes other people with disabilities have hope when they watch the video of her walking down the aisle. Pictured, left and right: Grizzard on her wedding day

She spent a year-and-a-half training and, on her big day, Grizzard walked down the aisle using leg braces and with her father and stepfather on each side of her.

‘It was my very first time walking on grass and uphill, and it was really tough,’ she told Fox 5.

‘It was a struggle, but I made it down the aisle. It happened, I was determined.’

Grizzard even danced with her new husband to Ed Sheeran’s Thinkin’ Out Loud for their first dance.

She says she hopes other people with disabilities are inspired when they watch the video of her walking down the aisle.