Parents are feeding their babies a diet of curry, quinoa and LOBSTER

Forget rusks! Parents are feeding their babies a sophisticated diet of curry, quinoa and LOBSTER from six months, survey reveals

Forget mushed banana or apple puree, babies are now being weaned on exotic foods like curry, quinoa or lobster, a new survey reveals.

Parents from across the UK are introducing their children to a sophisticated diet of food from around the world.

Babies as young as six months old are tucking into food like pate, kale and olives, which many adults find difficult to manage.

The survey of 2,000 parents with children aged six months to three years old was conducted by baby food brand Babease.

Some 80 per cent reported their child has a more varied diet than they did as a baby and toddler.

Among the more daring dishes was sushi, with 8 per cent trying it with their children. 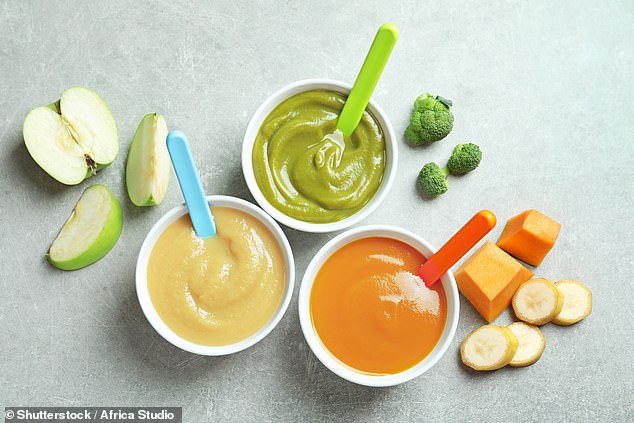 Percentage of babies who have tried the 10 most popular ‘bold’ foods, based on a survey of 2,000 parents across the UK.

A significant number – 14 per cent – also reported taking their toddlers out to restaurants and cafes as a regular activity.

She said:’The report show our bold babies are happy to tuck into flavorsome and wholesome foods.

‘Parents should continue to give their children a wide range of foods to create an early passion for food and encourage them to experiment in a healthy way.’

However 44 per cent of parents reported receiving criticism over their baby’s diet, with 20 per cent explaining their own partner had been the source of the jibes.