Parents are fuming after a school announced they will fine them a pound for every five minutes they are late picking up their children and even ring social services if they don’t collect them by 4pm.

Holy Trinity C of E Primary, in Gravesend, Kent has brought in the new rules this week to target those picking up their children just ten minutes late – anytime after 3.40pm.

The new policy has been branded a ‘disgrace’ by outraged parents and the headteacher has been slammed for punishing less well-off families.

One parent, who did not want to be named, told Kent Online: ‘As parents of the school we were shocked and appalled to receive this notification from the school. 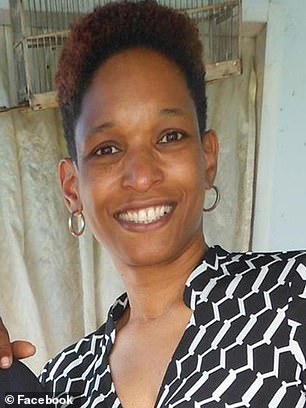 ‘Gravesend is a deprived area and many parents struggle to work due to the cost of childcare.

‘Lots of schools finish around the same time and this means that it is a struggle to get kids on time.

‘The school used to let kids wait in the library then we were told the library was closed for refurbishments.

‘The school did offer an after school club a couple of years ago but this was closed by the head teacher with little notice because it didn’t make enough money. 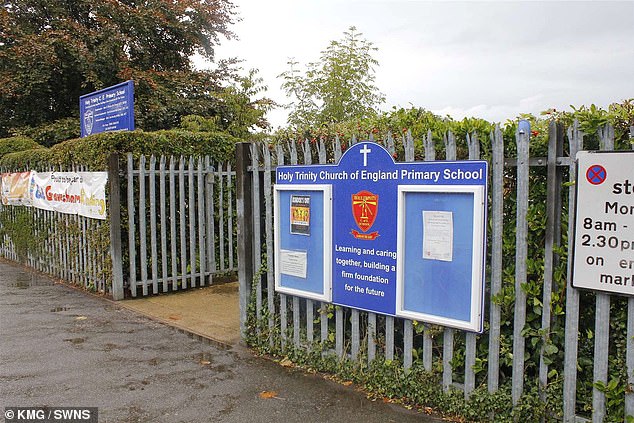 Holy Trinity C of E Primary, in Gravesend, Kent (pictured) has brought in the new rules this week to target those picking up their children just ten minutes late – anytime after 3:40pm

‘The letter says that if kids aren’t picked up by 4pm the school will ring social services.

‘We think the fact that the governors have agreed to impose this is disgraceful and must be illegal.’

They added: ‘It’s meant to be a Christian school.

‘It’s a shame the head teacher cares more about making money out of struggling parents then helping out the community.’

The school claims the fine isn’t just a deterrent for lateness, but crucial for covering the cost of paying teachers who need to stay late to look after youngsters.

Head teacher Denise Gibbs-Naguar said: ‘The Late Collection of Pupils Policy was introduced this week in a bid to ensure all our children are collected from school on time; this is for each individual child’s benefit as well as for the whole school.

‘School finishes at 3.30pm but it is becoming an increasingly regular occurrence to have a significant number of uncollected children still onsite at 4pm.

‘When this occurs a member of staff has to be paid overtime to supervise those children – the school is not able to sustain this ongoing cost without it impacting upon other areas of the school budget and therefore on the children’s schooling.

‘Additionally, pupils who are collected late often exhibit signs of anxiety and distress as they don’t know where their parent/carer is and worry that something may have happened to them.

‘Clearly this is not something anyone wants a child to experience.

‘As of Monday afternoon, I had not received any correspondence from parents/carers about the policy, but I always encourage families to contact me if they would like to discuss anything.’