The parents of a girl born with a rare genetic disorder likely to prevent her from ever walking, talking and possibly even learning to use a toilet have pleaded for financial assistance to help them access a miracle cure.

Sydney parents Tatyana Leonov, 38, and Evan Dickson, 40, need financial assistance to help their daughter Millie access a trial for life-changing gene therapy that is not available in Australia.

Millie, now 15 months old, recently received a heart-breaking diagnosis of Angelman Syndrome, in which one of the mother’s gene’s is missing, preventing the production of key proteins.

The disorder is sometimes known as ‘smiling syndrome’, because the sufferers appear to laugh or smile for not apparent reason.

But the happy face can hide severe developmental problems that last a lifetime.

The parents of a girl born with a rare genetic disorder likely to prevent her from ever walking, talking and possibly even learning to use a toilet have pleaded for financial assistance to help them access a miracle cure (pictured, mum Tatyana Leonov with Millie) 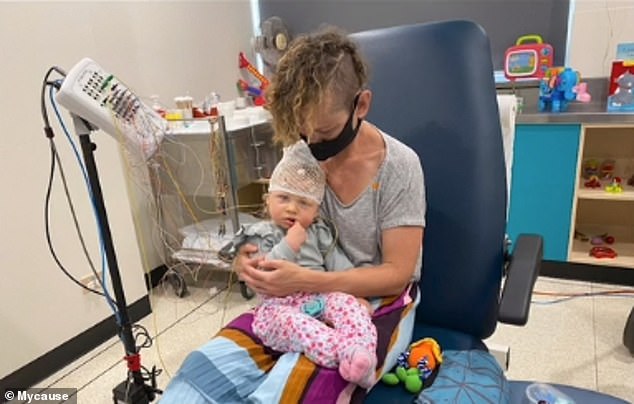 When Millie started missing ‘milestones’ that parents normally celebrate – such as sitting up around six months, the couple began to worry.

‘We honestly didn’t expect anything like this. Or anything at all,’ said Ms Leonov.

‘She just wasn’t sitting up when other kids were and wasn’t babbling, but now she’s much further behind her peers.’

Children and adults with Angelman Syndrome live with severe intellectual disability, speech impairment, debilitating seizures and they do not develop the way other people do.

For instance it is rare for children with Angelman Syndrome to be learn to use the toilet.

‘From the moment we found out about the diagnosis, it felt like we’d stopped breathing,’ Ms Leonov said.

‘The life we’d imagined for Millie and for our family was pulled from under our feet. We were told there would be no first words for Millie, no ballet performances, no camping trips with friends.’

They were told they’d forever have to care for Millie ‘as one would a toddler’.

But the chance of a miracle cure which is only possible overseas has raised the family’s hopes for a life free of 24/7 care.

New gene therapy trials are available for Angelman cases in the United States, Canada and the United Kingdom – though the family is not yet sure where Millie will go for treatment.

In Millie’s case the treatment could potentially ‘switch on’ a missing gene that is dormant in her paternal chromosomes, but missing from her maternal side. 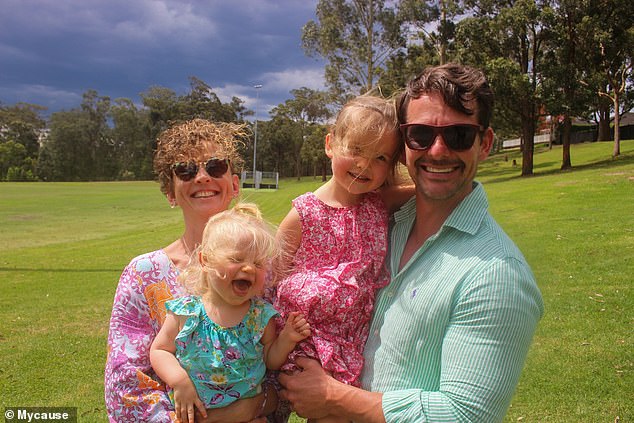 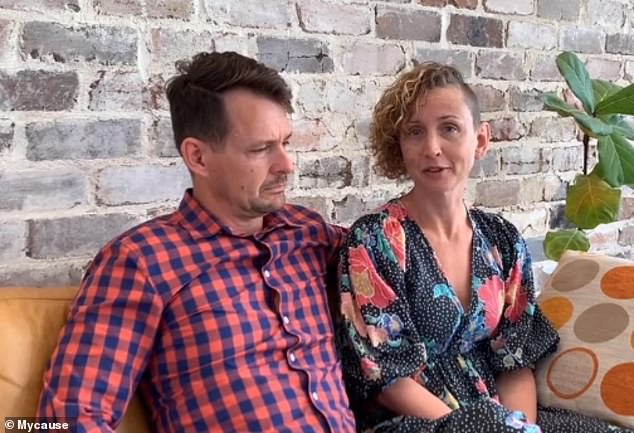 The trials have shown remarkably quick results, some after just two months of treatment.

Some child patients have begun to speak and walk. One learned to catch a ball and another even swam a lap of a swimming pool unassisted.

‘Those were older children, so you can imagine the possibilities for very young children.’

She is hopeful the effects for Millie will be ‘transformative’.

‘Hearing Millie say ‘mama’ or ‘dadda’ continues to be our dream,’ she said.

‘We are confident that she will talk and walk, and probably even sing and dance.’

At least she hopes Millie will go on to live ‘an independent life’.

Because Millie will need constant treatment for a year, the family would be forced to relocate overseas, which Mr Dickson estimates could add up to $400,000.

The family’s online fundraiser has so far raised $76,000.

The disorder is a genetic ‘fluke’, and is thought to happen in around 1 in 15,000 births, though it is thought to be misdiagnosed in many cases.

‘There could be many more undiagnosed cases as the signs and symptoms were sometimes mistaken for acute autism, cerebral palsy or global developmental delay,’ Ms Leonov says.